The controversial Temporary Foreign Worker program has seen a massive cut in the number of Labour Market Impact Assessments (LMIAs) granted to workers from abroad to come to Canada, The Tyee has learned.* 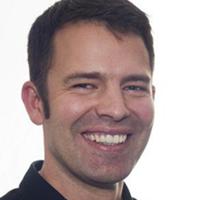 Despite the figures, critics of the program say the numbers only reflect the government's spreading out of TFWs to different streams to hide how many foreign workers are being granted work permits.

Documents obtained through an access to information and privacy request and provided to The Tyee show in 2014 the government granted just 40,000 LMIA's nation-wide, compared to more than 200,000 in 2012. Numbers for 2013 were not available on the Employment and Skills Development website. LMIA applications must be approved by the federal government for an employer to be able to hire a foreign worker.

Figures also show 11,200 LMIA's were denied in 2014, meaning applications in general were down significantly.

Kael Campbell of Victoria's Red Seal Recruiting Solutions said the applications are down because the government started charging non-refundable fees for LMIAs to employers, whereas it was free prior to mid-2013.

''If you look at low-wage and low-skilled occupations, there may have been a time when training a Canadian would have been more expensive than hiring a TFW,” Campbell said. “But you add fees to it and they have to put an effort to hire Canadians, they'll make a decision to maybe train Canadians.''

He said the numbers could be considered a win for the Harper government, which promised to crack down on the program after a number of scandals, especially since the timing works with the drop of oil hitting the Alberta economy.

But President of the Alberta Federation of Labour Gil McGowan said the numbers just reflect the government's plan to make it look like it has cracked down on the program when in fact thousands more workers are coming in through other streams.

''The Harper Conservatives wanted to give the impression they were cracking down on the TFW program, but all they've done in reality is create new streams that employers can use,'' McGowan said. ''Some of those streams have fewer rules than the old streams did.''

He said even before last year, the LMIA stream had been on the decline while streams like the International Mobility Program were taking in more workers.

That program is administered by Citizenship and Immigration, not Employment and Social Development, which McGowan said means it doesn't need LMIAs for work permits.

He said the real indicator of foreign workers brought to Canada would be shown in the number of work permits granted, a number the federal government has not released in six months despite promises to do so quarterly.

Meanwhile despite the massive LMIA drop, workers in the food service sector still made up a good portion of those granted LMIAs, while more than 750 went to graphic designers in British Columbia alone.

Farmers, nannies and the workers in the entertainment industry accounted for many of the LMIAs, though complaints of nannies shortages have been in the news recently.

Of the total 40,000, nearly half of the LMIA's granted went to businesses in Alberta and B.C. while nearly 15,000 went to Ontario.

The program has been plagued with scandal related to abuse by employers allegedly looking to skirt the Canadian labour market and employ workers less likely to stand up for their rights in low wage positions, like food and retail.

The federal government announced changes to the program that came into effect last June, including more stringent requirements for employers to obtain permission to bring in a foreign worker.

*An earlier version of this story referred to Labour Market Impact Assessments as "permits." These documents are separate from the work permits granted to temporary workers. Story has been updated for clarity.