When teacher Nancy Ball moved to Fort McMurray, Alberta from Nova Scotia in 1981, affordable housing was already in short supply in the oilsands town. She had to live with three other young teachers in a two-bedroom apartment and moved "many times" before finally finding a house with her husband. 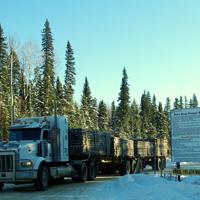 "We bought it just before the latest boom," the Timberlea Public School vice-principal recalled, "before the prices skyrocketed."

To afford an average one-bedroom apartment in Fort McMurray, Alberta's government calculates that a person needs a salary of $72,000 a year -- rising to $103,000 for a family-size three-bedroom suite. Even with a $10,000 annual housing top-up to lure teachers, starting salaries of between $62,000 and $65,000 don't comfortably pay the bills, she says.

"We certainly don't get into teaching for the money," the now-veteran educator says. Still, her peers "get a little discouraged when they look across our province at teachers in other school districts who are making about the same amount of money, yet perhaps aren't experiencing the same costs. There is a disparity."

The problem facing Ball faces many other middle-class service professionals in the town famously dubbed "Fort McMoney." Average household salaries there are $189,458. But that figure is raised by people working directly in the oil sector. Others incomes aren't so stratospheric. For many -- like teachers -- wages are limited to scales in non-boom areas.

"Here it's just a little bit bigger than other communities. We have teachers, nurses, and police officers that are in core need at the entry levels. We're starting to stabilize now with the teachers, but at one point the school board had a long-term turnover of 25 per cent of teachers every year."

A fact of resource booms is that their labour pools often overlap. Crude recovery from oil sands and offshore deeps require many of the same trades. With so many workers flying in from elsewhere in Canada, jobs in northern Alberta have been paying for houses from St. John's to Nanaimo.

As lower oil prices ease some of the housing pressure on the Athabasca region, and reduce demand for long-distance commuters, their effects ripple through those communities too.

Many of those are in Newfoundland and Labrador. But the province has learned a few things from its own volatile economic history.

"It's boom-and-bust there as well," said Jody Ciufo, executive director of the Canadian Housing Renewal Association. "They have huge housing needs with the oil production, but now oil revenues have dropped they're seeing real swings too.

A century ago, central Newfoundland's Tilt Cove was a thriving town of 1,400 working local gold and copper deposits. Then its mines shut in 1920. By 1956 only 57 people lived there. The next year however, the mines restarted and Tilt Cove came back to life, only to close again after a decade. As of 2011, it was down to five residents. (Though renewed plans to reopen the mine may deliver a third resurrection to the town.)

"All these people come into the province. These places are absolutely bursting at the seams. People can't afford the crazy market prices," Ciufo said. "But when the bottom falls out, when the mine leaves, the housing is worth nothing. It's a horrible cycle."

"It's just that there's a lot of unintended consequences that come from that. Prosperity has created all this pressure around housing affordability."

One is the rise of what Pollett calls "bed-sitters," rooming houses where as many as seven people share bathrooms and kitchens. "You fill it up with people who predominantly are vulnerable," he said. "They may have mental health or addictions issues. All of them are pretty much living in poverty."

Often substandard and cramped, "even that's not affordable," he added, for some on government assistance. "It might run you $400 or $500 a month just for a room."

Pollett draws a direct link between resource cycles and homelessness among vulnerable populations: "Beyond a shadow of a doubt." For those already on the edge, the boom reduced both the availability and affordability of their options. Rent for a one-bedroom flat has now risen to between $700 and $900 a month.

During an upswing in commodity prices, landlords covet resource town properties. Even substandard long-term "bed-sits," formerly a roof of last resort, get emptied to be sold off or upscaled. In either case, they'll be beyond the reach of former occupants.

Mining projects, forestry and natural gas developments are firing across the country in northern British Columbia as well. And there too, the boom isn't bringing good times to everyone.

"Towns are becoming more wealthy," said Tony Roy, executive director of the B.C. Non-Profit Housing Association. But as elsewhere, high-wage resource workers drive up rents for everyone. "The people who are least fortunate to begin with often don't share in that opportunity, are in fact shunted out or become homeless."

Roy says that some resource contractors buy up low-end local hotels and apartment buildings to house their sudden influx of workers. "People there for the mine might have housing," he said. But longer-term residents who lived there previously "might be displaced."

Ottawa's withdrawal from social housing since 1993 hasn't helped, Roy said. "The communities growing fastest are unable to draw on money when it comes to social housing."

But it's not this region's first dance with a resource boom either. "In B.C., because we had an era of resource development focused on forestry, a lot of these same towns have been boom and bust towns before, so they're a little wary," said Roy. "They know what to look out for."

A popular solution among project developers is temporary worker housing -- the so-called "man camps" that spring up near remote construction sites. They can buffer the impact of transient demand on local housing prices. But they can also end up as abandoned eyesores after resource extraction ends, derelict and beyond re-use as low-cost housing.

Man camps "can be part of the solution," Roy said.

"You don't want to build too much permanent housing," he explained. Nor is "building too much or too fancy" a good idea. When commodity prices slump and a town's sole industry shuts down, the downdraft "creates negative equity, and you have a whole bunch of people unemployed and unable to afford the places you've built for them."

Instead, he suggested, boomtowns could require that some work camp housing units be portable and high quality enough to "remain as a legacy."

Absent such corporate goodwill however, Roy expects resource booms to leave the most vulnerable in "worse condition" then before.

You might think that a brush with a bust, like the one affecting world oil prices, which have dropped by half from recent peaks, would undo some of the boom-time effects and bring housing prices back to affordable levels.

But so far, Newfoundland's Pollett hasn't seen it happening there. Vacancies in St. John's may be up a bit, he said, "but it's all a moot point because they're still unaffordable."

Meanwhile in Fort MacMurray, mass layoffs and project delays have created anxiety and uncertainty. "It's very volatile," Lutes said. "In most markets, it's little waves as it goes along. Here, this is like a roller-coaster tied to oil prices, up and down. We've gotten used to very fast-paced growth here."

And the down-beat hasn't eliminated Wood Buffalo Housing & Development's challenge: unusually high wages for some, coupled with core housing needs for others.

To address it the corporation is adapting a financing model pioneered in Ontario to assist mid-income professionals from police and teachers to service workers. It sells suites at below-market prices by taking out a second mortgage on the property, with the intention of investing its share of the increase in their value on resale in a fund for future building. So far Wood Buffalo has sold about 300 units that way, and Lutes hopes to finance a third of his organization's new housing construction using the model.

Boomtowns live -- and sometimes die -- by swings in the global market for commodities. Lutes offered the same advice as others interviewed for this story to communities struggling to accommodate boomtime populations: pay very close attention to those same markets. They can send signals about conditions down the road for you.

And learn from towns that have been there before.

Published with files from Katie Hyslop.