Richard Keate keeps a map of his neighbourhood at home. He's saddened every time he has to mark a demolition. 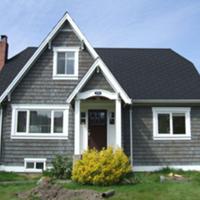 "My records are 56 pre-1940 houses have come down," Keate said of Shaughnessy's fallen character homes. Heritage Vancouver counted 51 in 2012.

As property values continue to rise, pressure to demolish and replace original housing stock has played out across Vancouver. City data shows 4,191 demolition permits for single family homes were issued from 2009 to 2013; 41 per cent were for pre-1940 homes. However, the city does not collect data on how many of the demolitions are actually carried out.

Keate is a Shaughnessy resident and chair of the Vancouver Heritage Commission. He was instrumental in implementing a moratorium on demolitions in his neighbourhood last year. That moratorium is set to expire next week.

But a recent proposal to city council intends to halt demolition of pre-1940 homes in an area of Shaughnessy entirely. The new zoning bylaw amendment will turn First Shaughnessy, the original set of 595 properties in the neighbourhood, into Vancouver's first heritage conservation district. More than half of the houses were built before 1940.

"We've got time to convince the people what's viable about the house that they've got rather than just tearing it down," Keate said.

In 2014, Canadian Business ranked Shaughnessy one of the five richest neighbourhoods in B.C. They reported the annual household net worth at $7.82 million, the average annual household income at almost $400,000 a year.

Nathanael Lauster, a University of British Columbia housing and communities expert, believes the proposal pleases two crowds at once: those who want to see heritage buildings preserved and those who want more available homes in Vancouver. 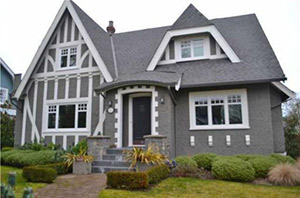 A recent tear down in Shaughnessy, built in 1933. Photo via Vancouver Vanishes.

By subdividing historic houses, owners can rent large properties at affordable prices, he said. "I'd love to see more ground-based housing and more diversity in the housing stock in general."

Keate recalls individuals renting some of the older Shaughnessy homes together. One example, the Light House, was home to 11 renters who wanted to live in a mansion for cheap.

Supporters like Lauster say the bylaw change could help break down the hedges that silo one of Vancouver's most elite neighbourhoods. "It would be great if we could get more people in there," he said.

The battle against tear downs

Caroline Adderson is a local author who started the Facebook page Vancouver Vanishes in 2013 to document character homes set for demolition. The page has over 6,000 likes.

"The bottom line is to save as many of these houses in whatever way we can," Adderson said. "Nothing like these will ever be built [again]. It's like throwing out your silverware and filling your drawer with plastic forks."

About 80 homes in Shaughnessy have already been included on the city's heritage register, which offers incentives to property owners to preserve spaces with a significant legacy. But the register does not prevent property owners from tearing down their home if they wish. The new bylaw would put a stop to demolition of heritage homes entirely.

Adderson's interest in heritage homes began when she first moved into a home by the border of Kerrisdale and Mackenzie Heights. She was alarmed by how fast some of the older houses in her neighbourhood were being demolished. Her 1925 home was one of four in a row built by the same owner, and the only one still standing.

Kerri-Lee Watson also preserves character homes, but in a different way. Watson is a residential designer, and her husband buys houses and fixes them up.

They bought a 1912 house in First Shaughnessy six years ago. The stained glass-filled home was a showcase for owner Arthur Bogardus, who ran a well-known glass business in Vancouver. One special feature is a set of west-facing windows with portraits of Dickens, Shakespeare, and Alfred, Lord Tennyson.

Watson was the only potential buyer interested in the house for its heritage. "It was in very rough shape and everyone else who looked at it wanted to tear it down," she said.

But Watson said that she didn't really get to know her neighbours during her time in Shaughnessy. "With the big lots and the fences and the gates and the underground parking, it's fitting that people drive into their homes and the gates close," she said.

Resident Keate moved to Shaughnessy 25 years ago, and said that the children of many Shaughnessy families have packed up and gone. He hopes the new density will result in a more vibrant neighbourhood.

The new heritage district will be the first of its kind in Vancouver, though councillor Kerry Jang says it's unlikely other neighbourhoods will soon follow suit.

First Shaughnessy's high concentration of heritage homes make it a natural heritage conservation district, Jang explains. "It's not only about heritage, but also agreement from owners and the people living in there," he said. "[Other districts] are not likely unless they get huge buy-in from the community."

Shaughnessy has a long history of remaining exclusive. It was developed by the Canadian Pacific Railway in 1907 with large homes, large lots and large gardens.

It was intended to house the socioeconomic elite of the day and "keep out the riff raff," as Lauster put it. Square footage ranges between 15,000 and 89,000.