Canada's budget watchdog says there isn't enough information about temporary foreign workers, noting the dearth of data makes it difficult to assess the impact these workers have on the economy. 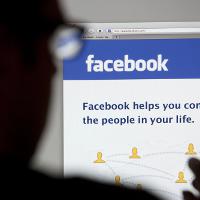 However, Fréchette noted that the government did not list the skills of nearly half -- about 154,000 -- of those foreign workers in Canada in 2012. As a result, he could not determine what job positions they held, the report said. Without that information, Fréchette said he can't fully assess the impact foreign workers have on the economy.

"We don't have that kind of information -- what kind of occupations they are even," he said in a phone interview. "In principle, foreign workers coming on a temporary basis is not something that's always bad, for some areas and positions when you have a clear lack of domestic workers."

On Wednesday, The Tyee reported that the federal government approved a request by Facebook to bring 93 temporary foreign software engineers to its Vancouver offices, which have since closed.

During an interview concerning the Facebook hirings, Sims also noted the dearth of information.

Despite the increase, the total number of foreign workers in 2012 made up just 1.8 per cent of the country's workforce, Fréchette said, leading him to question the notion that non-Canadian employees necessarily take away jobs from residents.

In his report, Fréchette found that, after the 2008 recession, the makeup of foreign workers shifted from mainly low-skilled to skilled positions.

However, his main concern was the lack of data about the skill set of many foreign workers.

Fréchette's report noted that one reason for the lack of statistics about the skill levels of nearly half of foreign workers is because they can come through two different streams -- the Temporary Foreign Worker Program, and the separate International Mobility Program, which allows employers to hire or bring in foreign workers without the need of a Labour Market Impact Assessment. The assessments are the government's measure of whether hiring a foreign worker would have a negative, neutral or positive impact on the local labour force.

In 2012, the government did not require assessments from 68 per cent of foreign workers, the report said.

Fréchette described his office's report as a "high-level overview" of how important temporary foreign workers are to the Canadian economy.

"A lot of people have taken on this clarion call that migrant workers are somehow taking away Canadian jobs, based on incorrect data," said spokesman Syed Hussan in a phone interview from Toronto. "The Parliamentary Budget Officer is saying clearly there is no data, and in any case the numbers are too small to say that. Yes it tripled, but we're talking about such a small percentage of the total workforce... they're not stealing jobs.

"We need to refocus on what's important. This is a good time to take a breath of fresh air: the big problem is the lack of labour rights and protection [for migrant workers]."

Hussan wants to see more data collected on foreign workers, including what they're contributing to the economy, what taxes they pay and what services they access.

Hussan said there is a "huge lack of data in Canada generally on immigration" and "lack of any holistic labour data on migrant workers."

Asked if he had any recommendations for collecting more data on migrant workers, Fréchette laughed.

He added that since his report on the same topic last year, the federal government announced increased funding for Statistics Canada to look at temporary foreign workers.