What does the future hold? Jim Dator has spent his life exploring the question and how posing it can improve the society we presently inhabit. He helped set up North America's first-ever academic program for futures studies in 1972 at the University of Hawaii in Honolulu. And four decades later, he's regarded as an elder statesman of the discipline -- a futurist's futurist, if you will -- lauded by colleagues and students for the "scope, intensity, magnitude, creativity, and importance of [his] work." 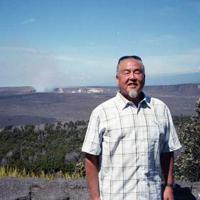 Can We Fix the Climate by Being More Like Hawaii?

Dator is now in his early 80s and in the twilight of a long and globally influential career. But he still has clear memories of the two years he spent in Canada when his career was just getting started. From 1974 to 1976, he travelled all across the country, meeting with school boards, scientists, Royal Commissions, TV producers, policymakers and even the Privy Council of Prime Minister Pierre Trudeau, to transform Canada from a society of consumers into a society of "conservers."

This was an era not so unlike the one now we live in. It was a time of global oil shocks. Across the world there was dawning awareness of the ecological limits to growth, and widespread fears that they would be exceeded. Dator's job was to make Canadians aware of those limits, while building an alternative to the prevailing mass consumer lifestyle capable of respecting them. "There was a vast amount of research and public meetings held all over the country," Dator said. "I got to know Canada very well." But the shift away from consumerism he tried to achieve never took off.

Dator's since spent his career exploring four scenarios of what tomorrow's society could be like -- collapse, discipline, singularity or business-as-usual -- to widen our options for fixing today's. Yet when I visited him this July at his office in Honolulu, he lamented that our society has yet to heed the warnings he first began imparting 40 years ago. "If you think continued innovation, a new iPhone every three months is a really great world to live in," he said, "then you're not going to like [the future]."

Like today, the 1970s were a time of great uncertainty about the future. OPEC embargos exposed our precarious addiction to oil. The Club of Rome warned of societal collapse unless we could implement "limits to growth." And the first Earth Day created a global environmental movement. In response to these pressures, the now-defunct Science Council of Canada in 1973 called for a "transition from a consumer society preoccupied with resource exploitation to a conserver society."

The Council was of the opinion that our growth-obsessed culture was about to slam into an ecological wall. "Most Canadians have lived through a period when materials seemed plentiful, energy cheap, and growth in size and quantity, whether of cities, automobiles, monuments or lawnmowers, was the natural order of things," the Council argued. Some members urged Canada to embark on a national program of "joyous austerity" that would "question our implicit assumption that 'bigger is better.'"

Few took the call more seriously than TVOntario, which had been created by the Ontario government only several years earlier. While at a 1973 conference in Rome, the educational broadcaster's CEO, Ran Ide, saw some of Dator's "future-oriented multi-media productions." Ide was impressed, and the next year he invited Dator to an intimate meeting of TV producers, educators, futurists, psychiatrists and others at Toronto's Inn-on-the-Park, where for three days they discussed "the role of the media," and particularly TVOntario, in shifting Canada to a "conserver society."

Dator later became head of this "Futures Project." His job was to "build support for [a conserver society] in Canada and internationally, particularly in the academic world." The futurist visited universities across the country (including Simon Fraser and UBC). He spoke with school boards, men's and women's clubs, scientists, provincial agencies, Royal Commissions, trade associations, librarians. Dator even traveled to Ottawa to meet the Privy Council of Prime Minister Pierre Trudeau. 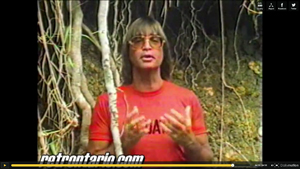 In the 1970s, Jim Dator educated TVOntario watchers by introducing Doctor Who episodes with short educational segments on sustainability.

"I went to every place in Canada," he said. Somehow he also found time to produce a three-hour TVOntario special on electricity and co-found the "Club of Gnu," a group of students and scholars (including Marshall McLuhan) that met each week at the University of Toronto to discuss the future. But Dator became best known in Canada for narrating intros and extros to 26 episodes of Dr. Who. The show was so popular that after he left Canada in 1976, TVO sent a crew to Hawaii so he could film more.

By then, Canada seemed ready to face the hard truths of ecological limits and use them to construct a new economic model based on conservation. But then came the 1980s recession, the rise of neoliberalism, the return of cheap oil and the prosperity of the 1990s. Most North Americans forgot the stern warnings of the 1970s. Dator hadn't though. He'd discussed them throughout those decades with his students at the University of Hawaii and in his consulting work for Hawaii's Office of Planning.

Yet by 2006 the state was one of the most globalized consumer cultures on the planet. It drew 7.4 million tourists each year, imported up to 90 percent of its food and generated 90 percent of its electricity by burning imported oil. State leaders knew something had to change. So that year Hawaii set out to ask 10,500 of its citizens what a truly sustainable society could look like in the year 2050 (not unlike what Canada had attempted a generation earlier). Dator was given a leading role.

In an old Dole pineapple cannery, he helped plan and build theatre sets representing four archetypal visions of the future. Hawaii's consumer culture might, by 2050, be heavily disciplined by sustainability reforms, continue growing as usual with little repercussions or collapse under environmental strain. It might also achieve a singularity -- as actors in white lab coats explained in the fourth scenario -- where a "Mind Body Enhancement Depot" turns people into highly functioning cyborgs.

The point wasn't to advocate for these futures or to suggest one was more plausible than others. Instead, the 530 Hawaiians who experienced them were asked to reflect on how each scenario made them feel about the society they presently inhabited. People's reactions were more radical than Dator could have predicted. Some called for a dramatic scale-down of tourism and others, outright secession from the U.S. "It scared the shit out of the powers that be," he claimed. State leaders later scaled back his work on the 2050 Plan and omitted his conclusions from the final report. 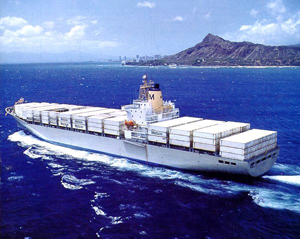 Container vessel off Diamond Head on Oahu: If ships supplying food were to stop, Hawaiians could begin to starve after a week.

Dator had greater success with his immersive methods five years later. At a 2011 climate change workshop in Waikiki's Marriot Hotel, he asked 60 people (including many of Hawaii's top planners and policymakers) to react to four visions of society in 2060. "Overall, most groups tended to believe that the world of the future will be worse than the present," he concluded. Yet the event resulted in amendments to the State Planning Act, requiring Hawaii "plan for the impacts of climate change and avoid, minimize, or mitigate loss of life, land, and property of future generations."

Hawaii still remains woefully unsustainable. If the ships supplying food were suddenly to stop, for instance, the state could begin to starve after a week. Nor has Canada -- or any other developed nation -- given up the allure of consumerist growth. But the mere act of envisioning a "conserver society" helped create an intellectual precursor for the 1987 Brundtland Commission, whose definition of sustainability now provides the frame in which we debate our path to a less destructive world.

So if there's a lesson to be truly learned from the 1970s and from all of Dator's work since then, it's that the future can be a powerful tool for reimagining the present. "Jim encourages unconventional thinking, breaking into new territories of invention and discovery, asking people to be skeptical of dominant, mainstream views, even of their own certitudes," Yale futurist Wendell Bell wrote last year in the Journal of Futures Studies. "Part of being a futurist, thus, involves becoming a social inventor."

But for such an inventor there's a crucial difference between studying the future and trying to actually forecast it. "I seldom use the word 'will' because that implies an ability to predict, and we can't do that," Dator once said, "What we can do is look at all the available information and decide what scenarios seem most likely." And so I asked him during our meeting in July, with all the information and experience he's amassed over a long and influential career, what scenario feels most likely?

In the 1970s, it seemed obvious to Dator and many others that us humans must soon transition away from consumerism to a society more respectful of the natural world. Four decades later, he still suspects the transition is inevitable. That future would "have a lot more manual labor, a lot more discipline and be a lot more meaningful but a lot less free," he said. "But it's a great opportunity to do better because the old ways aren't going to work anymore. We'll have to be inventive."