I don't need to tell you how grim the future can sometimes look from my 27-year-old vantage point. You know all about climate change and deforestation and mass extinction and historic drought and ocean acidification. 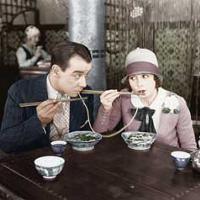 Finding Hope in the 'Sharing Economy'

How the global recession as felt by my overeducated and underemployed millennial generation never really ended. And that the one-per-cent's stranglehold on our future seems to asphyxiate any serious efforts at making the world a better place. So are we screwed?

Well, first let me introduce myself. Like many millennials I was raised in a middle-class milieu more trustful of creativity than authority, and told if I pursued my dreams money and recognition would follow. Yet after pursuing them through four years of journalism school I graduated disoriented and broke into the recession. Among my cohort I was lucky to land steady work with The Tyee, and in addition to living through one global crisis after another, I now began to chronicle them.

After six years of writing about ecological collapse, industrial greed, and a political system hostile to change, hope for the future was the last thing I expected to find. But recently I started to sense its faintest glimmers. The global grip of polluting companies is slowly slipping. Sustainability is becoming a cultural norm. Millennials, self-obsessed though we may be, are seeking alternatives to the consumer lifestyles that created our current mess. These felt to me like tremors of a generational shift.

Still, I wanted to be certain. So I persuaded The Tyee's founder and editor-in-chief David Beers to let me drop all other reporting commitments and pursue the big -- yet often unspoken -- question of my generation: Are we screwed? Over the coming months I'll be prospecting for hope on the frontlines of a cultural transformation led to a large extent by millennials like myself. More and more these days, I'm finding, those frontlines are being reconfigured in ways strange, fascinating and exciting.

Who would have guessed a generation ago that some of the most effective fixes to our planet's troubles might be found in the vast troves of digital data we create each hour, minute and second? But that by extracting previously unknowable patterns from this data we risk destabilizing the foundations of human identity? I spoke recently with globetrotting futurist Gerd Leonhard, whose views on the promise and peril of "big data" are explored in part one of my series, which runs on The Tyee next week.

Are we screwed? Not necessarily, he said. Nor do those attending the Globe 2014 sustainability conference in Vancouver later this month believe so either. I'll also be there, paying close attention to paradigm-shifting trends like the circular economy, biomimicry and stranded assets. Then, two weeks later, I'll be filing dispatches from Bloomberg New Energy Finance's invite-only energy summit in New York, featuring the likes of Michael Bloomberg, U.S. Secretary of Energy Dr. Ernest Moniz and European climate commissioner Connie Hedegaard.

As my series progresses you won't hear so much about the high-level politics around oil pipelines, national carbon policies or a global agreement on greenhouse gas emissions. That's not because I think those arenas aren't important -- they are, and my colleagues at The Tyee are doing a great job reporting on them. But progress on such issues is for now slow, halting and bitterly disputed. I'm more interested these days in the rapid changes underway elsewhere in North American culture.

Like, for instance, the rise of a "collaborative" or "sharing" economy, led by 18 to 34-year-olds, in which people buy access to networks of goods and services instead of owning things outright. More than 40 per cent of Canadians already take part in this emerging sector, recent research estimated -- one whose size may double over the next year. Could such a shift create stronger communities better able to shrink humankind's ecological footprint? Or is it just neo-liberalism in nicer clothing?

Internet of Things. Distributed generation. 4D printing. Smart cities. Net-positive design. These and other trends I've described above are the types of cultural changes I hope to track and better understand over the coming months. Taken together, I sense the potential for a generational shift towards a less constrictive future, one more respectful to planet Earth, and where the individual actions of millennials like myself have meaning. So what do you think: Are we screwed?