In the late 1990s and early 2000s, drug policy pulsed at the heart of Vancouver's municipal politics. In 2002, Larry Campbell, the former RCMP officer turned chief coroner, carried his newly adopted COPE party into city hall by campaigning on a harm reduction platform. These ideas -- clean needle distribution, supervised injection sites, and methadone -- were presented as pragmatic solutions to the harms associated with drug use. 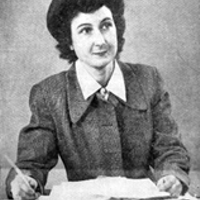 Campbell rode a wave that was already building throughout the '90s. In 1993, over 200 Vancouverites died of illicit drug overdose. With high overdose, HIV, and Hepatitis C rates, it was clear that the city needed a new way to deal with its drug problems. After much campaigning by activists, academics, and public health officials, council approved an 85-page document called A Framework For Action: A Four-Pillar Approach to Vancouver's Drug Problems. Those four pillars, approved in 2001, included 36 recommendations for a more progressive drug policy -- including the recommendation that lead to Insite. It was the most bold and progressive drug policy of any city in North America.

Where do those four pillars stand today? Some of the people who helped erect them fear the city may be failing to maintain what's been built. While the shocking rates of overdose death and HIV transmission have fallen, poverty and addiction remain pressing problems in Vancouver. As civic politicians enter a new election season, however, their focus is on different issues ranging from housing affordability to bike lanes and pipelines.

In the five-part series that begins today, The Tyee and the University of British Columbia's documentary radio series, The Terry Project on CiTR, investigate the state of Vancouver drug policy. This piece provides an introduction to The Four Pillars. In the coming weeks, the series will investigate each of the pillars -- prevention, treatment, harm reduction and enforcement.

You can hear the documentary radio installments that accompany this series by clicking on the icon below on each story, like the one below. Or you can subscribe to the series on iTunes.

If your browser doesn't support HTML5 audio. Here is a link to the audio instead.

Vision Vancouver Mayor Gregor Robertson "doesn't want to have any part of it," contends Owen, "and hopes that it will go all away."

Owen and Sullivan both were members of the Non-Partisan Association (NPA) party.

Donald MacPherson, the author of The Four Pillars and now executive director of the Canadian Drug Policy Coalition, says that the city has stalled.

"Robertson is rebranding the city. He's onside philosophically, but not comfortable with the issue," says MacPherson. "Things have changed. People used to come and look at Insite, and now they're coming from around the world to look at our bike paths."

But Vision Vancouver city councillor Kerry Jang says that's not true. "We have absolutely supported the issues." Not only has the city continued to support the "groundbreaking" four pillar approach, he says, but Vision Vancouver's has broadened the city's response to drug dependency by addressing complex, related issues like mental and physical health.

The Four Pillars marked a revolutionary shift in the way Vancouver understood the problem of addiction, re-conceptualizing illicit drug use as a public health problem that can be managed, rather than a moral or legal one that should be dealt with mainly through policing.

Each of the pillars -- prevention, enforcement, treatment, and harm reduction -- has multiple recommendations for all levels of government.

Many of Vancouver's most progressive drug policies developed out of these recommendations. Most prominently, the pillars called for research into supervised injection sites.

Thomas Kerr, a researcher at the BC Centre for Excellence in HIV/AIDS, credits Insite and The Four Pillars for reducing cases of HIV, Hepatitis C and drug overdose deaths.

"The most encouraging statistic is the decline in the HIV infection. Vancouver had what was described as the worst HIV epidemic ever seen outside of Sub-Saharan Africa," says Kerr, "but the epidemic completely plummeted."

Since 1996, the number of AIDS cases has dropped by 80 per cent. This May, Vancouver Coastal Health closed St. Paul's Hospital's dedicated AIDS ward due to a lack of patients.

Meanwhile, some activists and public health workers say that Vancouver still has a serious drug problem.

"The issue in this town is public drug use," says Ann Livingston, a nurse and founding member of the Vancouver Area Network of Drug Users. "There has never been this much public drug use in Vancouver."

Evan Wood, the newly appointed Medical Director for Addiction Services at Vancouver Coastal Health, recently told reporters that St. Paul's emergency room has seen an 89 per cent increase in hospitalizations related to addiction over the past four years.

Over the last three years of reporting, 2011 to 2013, an average of 98 have died annually of accidental overdoses on illicit drugs. Earlier this summer, Vancouver police warned intravenous drug users to be extremely cautious after seven people were suspected to have non-fatally overdosed on heroin in a single day.

Moving on or moving back?

Today, Vancouver no longer has a drug policy coordinator. The Four Pillars section of the City of Vancouver's website has not been updated since 2011, and there have been no recent progress reports.

The City of Vancouver maintains that the document still guides its drug policy. However, Owen says that it is uninterested in furthering the vision of The Four Pillars. 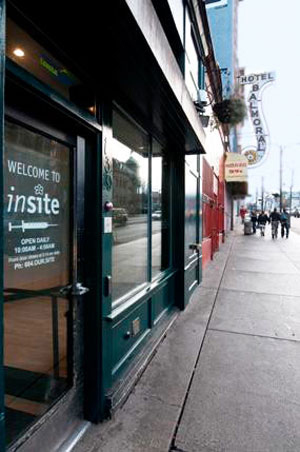 Councillor Jang rejects Owen's contention that Vision Vancouver has abandoned the pillars. "Clearly he is not paying attention."

Jang says that the city has evolved the strategy to follow urban health research, which stresses the importance of healthy neighbourhoods. The Four Pillars is groundbreaking policy, says Jang, but not enough.

The City of Vancouver is developing a Healthy City Strategy, which focuses on a wide range of issues, including food, transportation, mental health and environmental sustainability.

Advocates of the pillars say that there is still a lot of work to do. MacPherson points to underfunded prevention education, unpredictable drug treatment programs, limited harm reduction initiatives, and high incarceration rates as evidence that The Four Pillars vision was never fully realized.

Opposed by the Harper government

When Vancouver adopted The Four Pillars approach, it was the boldest drug policy innovation at a city level in North America. However, in Canada, the municipal government has only so much control over what can be done. Health care falls under provincial jurisdiction, and drug laws are a federal matter.

Today, the federal government opposes The Four Pillars philosophy. The Conservative government recently introduced the Respect for Communities Act, making it much more difficult for supervised injection sites to receive exemption from the Controlled Drugs and Substance Act.* The Act was a response to a 2011 Supreme Court decision, which stipulated that the Ottawa did not have the authority to revoke Insite's exemption from federal drug laws.

Larry Campbell, former mayor and chief coroner, says that Prime Minister Stephen Harper is the number one obstacle to The Four Pillars today.

"We're filling the prisons. We're destroying lives and destroying families," says Campbell. "For what? Some guy with six plants of marijuana? Some guy who got caught with heroin?"

According to Jang, the best Vancouver can do is provide statistics, encourage reforms, and facilitate new programs. He points to a 2013 commitment by Victoria to fund an extra $20 million to combat mental illness and addiction in Vancouver.  In the past, the City of Vancouver has been able to overcome opposition from other levels of government.

Further, in 1989, Blatherwick and the City of Vancouver opened a needle exchange, despite provincial opposition. The municipal government spent $100,000 to fund the initiative.

Advocates of the pillars think the municipal government should once again demonstrate that sort of audacity to push other levels of government for further reforms.

In the '90s, it would have been difficult for Vancouver politicians to avoid the issue of drug use. To draw attention to mounting overdose deaths, the Vancouver Area of Drug Users delivered a coffin to council. Today, those political battles have fallen into distant memory.

Kerr describes the late '90s and early 2000s as a time when Vancouverites had an incredible appetite for progressive political action. However, he laments that it didn't result in a fully-realized vision of The Four Pillars.

"It's very rare to see a city suddenly decided that it really cares about hardcore drug use and what's happening to the most marginalized people in the city. That happened in Vancouver," says Kerr. "I think that letting it slip away was sort of a missed opportunity." MacPherson says that it is up to Vancouver's politicians to make sure that the city keeps moving forward on drug policy reform.

"Somebody has to keep the pressure up," says MacPherson. "Otherwise, I think we're going to drift. As governments worry about budgets, we may lose ground. We may lose some of the ground we've gained."

Next Thursday: When it comes to lessening the harmful effects of drug use in Vancouver, where does the city stand today on the key pillar of prevention?

Subscribe to the documentary radio version of this series on iTunes here.

*Correction, Sept. 30 at 11 a.m.: A previous version of this story said that the Respect for Communities Act was passed by the Conservative government. It has only be introduced. The story has been corrected.