The former chief of staff to Citizenship, Immigration and Multiculturalism Minister Jason Kenney testified in B.C. Supreme Court April 24 about his role in establishing a Korean-Canadian business lobby group with ties to prominent federal Conservative and BC Liberal politicians. 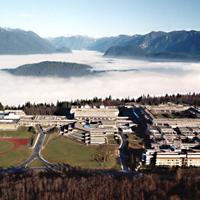 Tenzin Dargyal Khangsar was called to the stand by the lawyer for John Park, CEO of RCI Capital Group and founding chair of the Canada Korea Foundation (CKF). Park -- whose company boasts helping flow $7-billion worth of Asian investment into North America -- sued fellow CKF co-founders Charles Kim, CEO of lumber exporter Trans-Pac, and Dr. Doo Ho Shin, a retired pathologist, to get his $50,000 contribution refunded. He claimed Kim and Shin breached an agreement to contribute their shares of seed funding in a timely manner.

The six-day trial, which opened April 22, was a namedropper's delight. It offered a glimpse into the political organizing tactics that were used to attract votes from British Columbia's 54,000-strong Korean community for the last federal election.

Khangsar's online resume said he worked under Kenney from October 2008 to August 2010 and became an aide to Industry Minister Tony Clement in February 2011. He told the court he acted as a consultant for CKF beginning in late 2010.

"The Korean community is a great community, well-organized with business skills, but they needed to be more engaged politically," Khangsar told the court. He said helping CKF, first as a volunteer, was personally important because his wife is Korean. "They just needed someone to project manage and bring it all together."

Khangsar testified that he first met Park when Park was dealing with the Conservative government. "In my role in the multicultural stakeholder relations, [Park] introduced me to all the community leadership in B.C., I was able to meet many people in their backgrounds as businessmen, it was a privilege and honour to do so," Khangsar said.

In court documents, Park claimed he introduced Khangsar to Kim and Shin in spring 2010. CKF incorporated as a business, not a charity, in September 2010. In early 2011, CKF got an opportunity to host Prime Minister Stephen Harper at a Feb. 21, 2011 launch banquet at the Hilton Metrotown in Burnaby. Khangsar said Harper and his office were "very supportive of the idea."

"It was time-critical to confirm the funding," he said, referring to Park, Kim and Shin's initial contributions to get CKF off the ground.

Khangsar's emails to the co-founders on Jan. 25, 2011 and Feb. 1, 2011 were called by Park's lawyer Greg Allen "the only documentary evidence" of an agreement between the CKF co-founders to contribute $50,000 each.

Park eventually hired Khangsar as managing director of RCI in October 2012, but Khangsar left the company last month and now describes himself as a consultant again. Last December, Khangsar was appointed chair of the BC Liberal government's Multicultural Advisory Council.

Outside the law courts, Khangsar declined to answer media questions about his role in a recent Vancouver campaign fundraiser for Clement, a private April 5 Terminal City Club meeting about CKF attended by Kenney and Sen. Yonah Martin, and whether he worked on the BC Liberal Party's 2013 election campaign.

Khangsar did, however, answer "absolutely not" when asked if RCMP officers investigating the Liberals' "Quick Wins" ethnic outreach scandal had interviewed him.

Park said he met Shin at the meeting where he proposed the government support his concept for a business group to promote bilateral relations between Canada and South Korea. Park said he later met Kim at a fundraising barbeque at Conservative Sen. Gerry St. Germain's Surrey ranch.

Harper-appointed Sen. Yonah Martin, the first Korean-Canadian member of the upper house, was to be a founding director of CKF, but instead became an honorary patron of CKF with Tory MP Barry Devolin.

"If there was one subject matter that dominated, as far as initiatives for the foundation, it was the stale talks between Canada and Korea on the free trade agreement," Park said. "We felt that that was a worthy initial initiative."

Park claimed that "sometime in the spring of 2010" the three co-founders verbally committed $100,000 in seed funding. "This was communicated to Yonah Martin in-person in a meeting and to her staff," Park testified.

Park testified that Khangsar was instrumental in helping the group reach agreement on the seed money. He said Khangsar had previously helped organize a similar trade promotion group for Indo-Canadian businesspeople and could open doors in Ottawa.

"He could help in ways that were sort of back-channeling, in different ways than Senator Martin or Minister Cannon could do," Park said.

Park called the opportunity to host a dinner for Harper in Burnaby "a catalyst, to some extent, to the directors and members to finally reach agreement on a seed contribution and timing."

Just over a month after Harper's appearance at CKF's launch, the Conservatives lost a confidence vote in the House of Commons but won a majority in the May 2 federal election.

The foundation, Park said, lost momentum over the summer of 2011. He suggested appointing former International Trade minister (and RCI's lead director) Stockwell Day to the CKF board. Park claimed Shin was supportive, but Kim had reservations about Day and proposed appointing Liberal Senator Larry Campbell for political balance.

"The former mayor of Vancouver, someone he knew and could be approached," Park said. "I said to Mr. Kim, by all means, contact Mr. Campbell and see what his position is. I recall asking him again on that point sometime later, but there was no response."

In his April 24 opening statement, Kim and Shin's lawyer Kevin Nakanishi told the court any agreement about financial contributions to CKF "existed only in the plaintiff's own mind."

"[Park] never called a formal meeting to discuss and confirm the issues of contributions and candidates and no specific deadline was ever confirmed," Nakanishi said.

Nakanishi said Kim's payment of $23,000 for the launch event's food and beverage service and the $90,000 from nine donors were the only sources of income until Park's June 29, 2011 contribution. Shin eventually donated in February 2012 and Kim in November 2013.

The "tipping point" over CKF governance came Sept. 15, 2011 when, Nakanishi said, Park transferred "all the foundation's funds into an account under his control without his fellow directors' and members' knowledge and consent. Since that transfer, the plaintiff has declined to participate in the foundation's governance or attend any of its meetings."

He told the court that the basis for the dispute was Park's efforts to install Day on the board. As for Khangsar's recollection, Nakanishi said the former Conservative aide was "honestly mistaken" because of the circumstances in early 2011.

"It's understandable, he wanted security on funding because of where he was coming from at that time," Nakanishi stated. "His evidence was that he secured the attendance of the prime minister at this launch event, it was less than a month away."

On its website, Park is listed among the nine members of the CKF board. Now chaired by Shin, the directors include Kim, Day and ex-BC Liberal multiculturalism minister Harry Bloy.

Bloy was seated in the front row for a March 12 event for the Korean-Canadian community at the Hilton Metrotown -- where CKF launched three years earlier -- when Harper promoted the freshly-signed free trade agreement with Seoul.

As Harper delighted the crowd with the Korean greeting "anyong haseyo" and extolled the virtues of the trade pact, Park stood near the back of the ballroom, beside the RCMP-secured media enclosure.