We're not totally screwed. I doubt Ethan Zindler would use those exact words to describe the rapid global transition to cleaner forms of energy he's spent the past eight years or so tracking for Bloomberg New Energy Finance. But that's the feeling I was left with after reaching him by phone recently at the market intelligence firm's Washington, D.C. offices. Zindler, its head of policy analysis, doesn't advocate for clean energy. His job is to make sense of the sector's latest financial data. 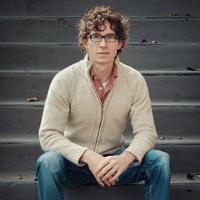 These days the data tell a powerful story. Recent price declines for solar energy have been "massive," he explained, while merely "substantial" for wind, meaning that a global shift away from fossil fuels is no longer "theoretical." It's happening, and fast. Zindler will describe B.C.'s potential role in that transition March 4 at a Vancouver lunchtime event organized by Clean Energy Canada (click here for tickets and further details).

'GREENING THE DRAGON': ZINDLER IN VANCOUVER

How can British Columbia innovators cash in on China's clean energy ambitions? What are the most promising opportunities -- in Asia and elsewhere -- for B.C. in the global shift to clean energy?

Bloomberg New Energy Finance policy analyst will address these topics at an upcoming luncheon in Vancouver.

Read on to learn other surprising insights from The Tyee's recent Q&A with Zindler: why libertarians are embracing solar power, what renewables providers really think of carbon taxes, and how clean energy has earned the right to no longer be called "alternative."

"Our view is there's a major and very abrupt transition underway in the energy sector and so we're interested in the 'new' part of energy, which is new technologies that are changing how energy is produced, and also delivered and consumed.

"We're best known for our research on renewables, but we do also track... energy efficiency, and we're increasingly focusing on natural gas, but really the new and novel uses of natural gas."

On profound changes underway in 2014:

"I've been with [Bloomberg New Energy Finance] for eight years. Typically the way things work is governments put in place a supportive policy, private capital quickly thereafter flows in and you have a clean energy industry that's built up.

"That's really been more or less the history. But we're entering a new phase in the sense that these technologies are starting to become cost competitive without subsidies. Now, that's not something that's happening everywhere at the same time by any means, but it's starting to happen in different places at different times.

"We're entering a period now where its no longer theoretical that these technologies [like wind turbines and solar panels] are going to compete [with fossil fuels]... and so that's why it's such an interesting period and so much change is underway."

On libertarian support for solar power:

"I think there's definitely a libertarian flank on all this, which is people like the idea that they are producing their own energy and using it themselves. And they don't like the idea necessarily that they have to pay some kind of fee for this opportunity.

"We've seen some of that particularly in Georgia, where regulators have tried to crimp on solar development... and also in Arizona, where one of the groups really supportive of the solar industry is run by the son of Barry Goldwater, [who was] a quite conservative presidential candidate."

On the 'serious' money invested in clean energy:

"If you just look at investment in power projects that use renewables and you compare that to fossil fuel projects that generate power, we're getting closer to parity.... This should earn [clean energy] the right to not be called 'alternative' anymore, because it's not particularly marginal, it's a serious amount of money.

"We've tracked over a quarter trillion dollars invested in the industry last year and you know that was a down year compared to a couple years ago.... So this is real money, it's not insubstantial. [The sector] is starting to make real headway.

"But to some degree [this shift] is just getting started, because the real scale-up happens as these [clean] technologies truly become cost competitive to fossils without subsidies, and they're getting there, but they're not entirely there yet."

On the promise and peril of Asia's modernization:

"It's a different game over there. The question is whether you can build new clean [energy] capacity instead of building new coal capacity.... Can these [clean] technologies be used in countries that are rapidly modernizing, where they're trying to get literally millions of new people onto the grid for the first time?

"I don't know if you've seen the recent numbers out of China. It kind of blew the rest of the world away in terms of new solar installations.... While there definitely was still growth in new coal generation in China last year, it was at a slower rate than it had been in a quite a number of years. That's a very positive sign for sure."

On the true impact of carbon pricing:

"I think it's clear that a carbon tax that is on the books, that has longevity and some political commitment to it sends a very important signal over the long term. But it's not the only way to support a clean energy industry.

"In Europe we did a survey of our clients several years on this question and asked them what was motivating them to do clean energy in the EU.... The answer in most cases was that it was things like feed-in-tariffs or policies that were explicitly pro-renewables that were stronger drivers than a carbon policy.

"So carbon policy is definitely helpful. It sort of sets the right background music. But in the foreground if you really want a utility -- like this year -- to add clean energy capacity, often the best way is to simply mandate it."