[Editor's note: Beautiful, eclectic, iconic, Pacific harbour towns: the words describe both Vancouver and San Francisco. Yet the two cities have taken different directions in the treatment of renters. Earlier this year, The Tyee Solutions Society's Jackie Wong spent some time in San Francisco to see what that older but similar city could teach us. This week she tells us what she found, in three reports and a personal essay. To see an infographic that compares the two cities, click here.]

If we always want what we can't have, Vancouver's unwavering obsession with real estate is approaching masochism. Despite exhaustive local research and evidence to suggest home ownership is out of reach for most of us, the idea of one day owning property remains an undead, albeit unattainable, dream. 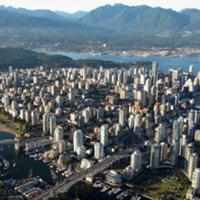 Vancouver most recently tried to expand home ownership through former city councillor-turned-SFU-fellow Peter Ladner's HomesNow initiative, an ideas competition for non-profit housing operators and developers proposing to build homes on municipal land that people earning $35,000 to $80,000 could afford to own.

Ownership of their homes, Ladner argued, would strengthen neighbourhoods. "People who own tend to have more of a stake in the community," Ladner said last month. "They're more involved politically. They're paying more taxes more directly. And they tend to be more active in schools and community centres and so on."

The project failed. A June 2013 report blames its demise on numerous factors. Local government refused to invest without senior government support. There was political dissent against publicly subsidizing shelter for any but the most vulnerable and impoverished.

Still, HomesNow was just one of many attempts to make home ownership possible for more people by changing the way we think about real estate. And researchers will likely continue to look for ways to fine-tune the system to give more of us a shot at home ownership.

In the meantime, more than half of us in Vancouver -- 300,000 households, 53 per cent of all the households in the city -- will continue to rent.

So maybe it's time to change the dream. After all, there's also mounting proof that purchasing a home doesn't yield the happiness we've been taught to expect.

People still consider owning real estate to be a "central component of happiness and a critical aspect of the American dream," UBC psychology professor and Vancouver condo owner Elizabeth Dunn told the New York Times this summer. "But there is little research to support that."

There's also little to suggest that every renter in Vancouver lies in a state of catlike readiness to buy real estate at the first opportunity. For one thing, almost half of all tenant households in the city can barely afford to pay the rent as it is -- spending 30 per cent or more of their household income, a level considered unaffordable by the Canada Mortgage and Housing Corporation.

So, what can be done to improve the lot of Vancouver's renting majority?

The current Vision Vancouver-led city council has attempted to turn the corner on the city's accommodation crisis by announcing several affordable-housing initiatives this fall.

In the last three weeks, the city approved two affordable rental projects in southeast Vancouver; approved a new green building code for rental buildings; passed a milestone in approving over 1,000 new permits to build laneway houses; and extended the timeline for public consultation on the impacts for tenants and others of its beleaguered and controversial community plans in four neighbourhoods. As well, the City has hired a new staff officer, Muktar Latif, from the United Kingdom to work on affordable housing projects, starting this month.

Motivating Vision Vancouver party Mayor Gregor Robertson may be the potential loss of voters in the next election to the further-left Coalition of Progressive Electors, whose affiliates founded the Vancouver Renters Union.

Such recent steps notwithstanding, Vancouver has only lately turned its attention from seeking solutions to homelessness to addressing the much wider spectrum of citizens facing housing affordability stress, especially those making low or modest incomes who will rent for the foreseeable future.

Are you a renter in Vancouver? The Tyee wants to publish your stories of renter joy and pain. Submission deadline Oct. 31. Details here.

A sibling city by the Bay

Not far down the coast, another city shares our stress.

San Francisco is even more of a renter city than Vancouver is. Nearly two-thirds, 65 per cent, of its residents are renters. And also like Vancouver, San Francisco is a waterfront metropolis short on extra land to develop. Its natural beauty and arts communities draw professional creative workers (sound familiar?), especially those working in technology. It also boasts an even more attractive-to-investors real estate market.

Those parallels end however, when it comes to comparing the rental culture between the two cities.

The ordinance puts restrictions on annual rent increases, and when and how tenants can be evicted. Controlled rents can go up by a limited amount each year; for 2013, it was 1.9 per cent. There is no cap on how much landlords of non-rent-controlled apartments may boost the monthly charge.

In B.C., by contrast, annual allowable rent increases are set at the rate of inflation (the 12-month average change in the all-items B.C. Consumer Price Index), plus two per cent -- currently 3.8 per cent. That's twice San Francisco's allowable rent hike this year, but there is a trade-off: B.C.'s cap covers all rental housing -- not just units built before June 1979, as San Francisco's ordinance does.

While Vancouver's tenant advocates have a strong history of forming ad-hoc groups around flashpoint evictions or condo conversions, San Francisco is home to scores of continuing groups and hundreds of activists. They wield enough influence at City Hall that San Francisco mayor Ed Lee recently called a landlord to suspend the eviction of an elderly couple who had no other housing prospects.

"San Francisco has an identity as a tenant city," says Maria Zamudio, the San Francisco housing rights organizer for Causa Justa, which promotes equality for low-income San Franciscans. "Anyone who wants to get elected -- regardless of what they actually feel -- when they're out campaigning, they talk about how much they support rent control and how much they value it."

While strong bylaws and a vital renter culture give tenant citizens in San Francisco a measure of support Vancouverites can only envy, other forces, mainly economic, are challenging those protections. And in a cautionary note to Vancouver's courtship of the tech industry, many Bay area housing advocates blame San Francisco's recently skyrocketing non-controlled rental rates (one-bedrooms go for about $3,023, twice the price of similar units in Vancouver) on its red-hot tech boom.

Social media giant Twitter, DIY accommodations booker Airbnb, and social media for corporations service Yammer have all put down roots in the heart of San Francisco, and the city is just an hour's drive away from Silicon Valley, home to the famously sprawling campuses of Facebook and Google.

This isn't San Francisco's first flood of high-paid tech workers. In the dot-com boom of the 1990s -- roughly from 1994 until the bubble burst in 2000 -- the average rent for a two-bedroom apartment in San Francisco (including both rent-controlled and uncontrolled stock) more than doubled, from $1,274 in 1994 to $2,750 in 2000. The median price of a three-bedroom house rose 70 per cent.

The latest tech rush has brought a fresh influx of highly paid employees into previously working-class neighbourhoods and, to serve them, upmarket wine bars, coffee shops, and grocery stores.

But affordable housing advocates say the influx of well-heeled new residents with ample budgets is pushing up rents citywide. And while 83 per cent of all rental units in the city are rent-controlled, San Francisco's rent ordinance lacks what advocates call "vacancy control": once a person moves out of a rent-controlled apartment, there is no legal limit on how much a landlord can raise the rent on that unit.

"We have some of the strongest laws in the United States around rent control," says Sarah Sherburn-Zimmer, an organizer with the San Francisco Housing Rights Committee. "And we are still losing."

"I've been doing rent control for a long, long time," says San Francisco Rent Board executive director Delene Wolf. "I have never seen the rents like this. Now that the economy has picked up, studio apartments are renting in parts of town that nobody used to want to live in, and they're more than my mortgage on my three-bedroom house in San Francisco. I'm talking about $2,000 studios in the Tenderloin [San Francisco's Downtown Eastside]." Landlords are doing everything they can to get tenants out so they can raise the rent.

The rising cost of shelter in San Francisco is pushing middle-income earners out of the city, adds Marcia Rosen, executive director of San Francisco's National Housing Law Project. "It's affecting the ability of the people who are teachers, nurses, bus drivers, BART [the Bay Area's transit system] workers. The NGO world and the arts world are also affected and having a hard time hanging on.

"There's a real affordability crisis for even middle-income families," Rosen say. "We see an exodus of families. San Francisco has the lowest family rate of any major city in America. It really threatens to erode the diversity and the cultural flavour of the city."

As I'll be reporting in the rest of this series, San Francisco's present may be Vancouver's future. Lucky for us, that gives us a chance to take some lessons -- and warnings -- from a twin city.

Tomorrow: San Francisco boasts legal protection for tenants that Vancouverites can only envy. It still may not be enough to fight the profitable economics of redevelopment.