In 2013, crowdfunding is no longer the realm of little guys and start-ups. Not only is Spike Lee funding his latest million-dollar film on Kickstarter, but Vancouver's own educational institution Science World recently turned to online community donations to build an upcoming exhibition called AMPED. 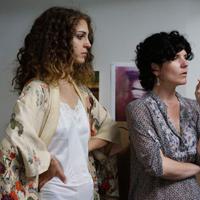 "We didn't have a budget," explains Jennifer Ingham, vice president of development at Science World. "It was the first time since the '80s that we were building an exhibit from scratch."

The aim of the 5,000-square-foot yet-to-debut exhibition, according to Ingham, is to connect young people in Vancouver with the tools and resources to create music. "We want to help young people with equipment and other industry connections," she says, "and build a creative storyline around pop, technology, music and science that is really contributing to the community."

For many involved in the seven-week Indiegogo campaign -- which just cleared its goal of $15,000 -- the move to crowd-sourced museum funding was uncharted territory. It took local musicians like Hey Ocean! entering the fray to figure out what "perks" suited a young and music-savvy audience.

"Hey Ocean! had done some crowdfunding," Ingham says. The band recommended shrinking down the donation increments, while giving away more interactive media in return. With 10 days left in the campaign, the indie pop trio offered new digital recordings and an acoustic set to donors between $10 and $150, raking in a total of $16,371 by the June deadline.

It was the first time a Canadian non-profit museum used a crowdfunding platform, though not the first in North America. That distinction goes to webcomic artist Matt Inman of The Oatmeal, who helped raise over $1 million to preserve inventor Nikola Tesla's laboratory as a "Goddamn Tesla Museum").

For the last five years, Indiegogo has been the only major crowdfunding option available to Canadians. With such big fish dipping into the crowdfunding pond, it's no wonder Indiegogo will soon have competition in Canada. Last week Kickstarter announced plans to enter the Canadian market publicly on Sept. 9, positioning itself as a major contender for creative film, television and gaming projects seeking investment.

"It's exciting to see an industry being born," Danae Ringelmann, co-founder of Indiegogo, says of Kickstarter's expansion north. "In '08 it was just us, trying to tell the world what's possible."

From its inception Indiegogo has been available in 200 countries, and has pursued a somewhat alternative segment of crowdfunders. Though it began in traditional film and television markets, campaigns have since branched in hundreds of non-traditional directions, including smartphone start-ups, Burning Man festival art installations, and environmental reporting projects.

"I worked in finance, and the thing that mattered most was knowing the right gatekeepers to write those cheques," Ringelmann explains. "They had unilateral control over what ideas came to life.

"The last thing we wanted to do when we started this company was build a new system of gatekeepers," she continues, defining Indiegogo's philosophy as the "YouTube of funding."

"It doesn't mean every campaign is equally good. Not every video will get a million hits, but everyone has the opportunity to post their stuff and make their pitch."

Jonathan Tippett is one such alternative crowdfunder. An engineer and artist from Vancouver, he plans to announce his latest campaign to build a prosthetic robot art installation (which is destined for Burning Man) at a Vancouver City Session at Roundhouse Mews this evening.

"I've never really seriously considered looking for venture capital or corporate sponsorships," says Tippett of the massive hydraulic robot he plans to complete by 2015. "There's always strings attached: a need to see return on investment, or they want brand association, and I think that really interferes with creative freedom."

An added benefit of crowdfunding, he says, is the profile it helps build.

"Ultimately it is an art project, and gaining an audience is a key factor -- having people know about it and get excited about it."

"We're not picking and choosing projects­ -- that would just show our own bias," says Ringelmann. "Indiegogo's goal is to help people raise money, and with flex funding you get all your money whether or not you reach your goal."

According to Ringelmann, the word crowdfunding didn't even exist when Vancouver filmmakers the Granger Brothers first plugged their South Park-inspired comedy short on the site in 2009. At the time, Indiegogo pitched their platform as "social fundraising" instead.

That was the pitch that caught the attention of early investor Boris Wertz, who lives in Vancouver and co-founded an online rare bookseller that became Victoria-based AbeBooks.*

"At the time, people were really talking about crowdfunding the same way we once talked about online auctions like eBay in the '90s," Wertz recalls. "People would say, 'This is crazy. Why would I ever give money to a project that might be very far away?' It was the exact same take: 'That will never work on the Internet.'"

Since then, crowdfunding has taken off more than Wertz had ever hoped or expected. He sees Indiegogo as a truly democratic force in the wilderness of specialized crowdfunding platforms. "The amount of press coverage, the international expansion that has taken place, it's pretty amazing."

Locally, Wertz has enjoyed contributing to Vancouver's recently-opened currywurst restaurant Bestie -- a project he says would never have fit Kickstarter's curated creative focus. "Whenever you can connect passionate people over the Internet, you have a big idea," he says.