It's a daunting time to be chasing a film career. I moved to Vancouver in Dec. 2012 with a Pollyanna attitude and a dream: earn my living as a production assistant on big budget shows, watch and learn, eventually save up enough money to fund my own work. I was in for a rude awakening. 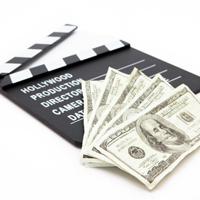 Bailouts for BC Film Industry? Cut!

I arrived amid the worst downturn in the local film industry's history. The Liberal government's reduced tax credits (B.C. offers 33 per cent tax credits on labour while Ontario and Quebec give 25 per cent on entire production costs) had seemingly decimated an industry. It was a bleak winter with 25,000 film workers unemployed and millions in lost revenues as the TV pilots didn't get picked up and the mega movies headed south of the border or east of the prairies.

Wayne Bennett launched Save BC Film to elevate awareness about the ripple effect of the cutbacks and to keep pressure on the Liberals. Meanwhile, thousands packed a town hall meeting at North Shore Studios. In June, Finance Minister Mike de Jong attempted to strike a deal with the other provinces for a shared tax incentive and was flatly denied.

A month later, the Fantastic Four franchise announced it was moving production to more generous tax credits in Louisiana. My social media feeds erupted in frustration and resignation, with irate crew members wondering how they were going to feed their kids.

At first glance, these are indeed bleak times for Vancouver film. However, looking beyond the grim, I have found a growing tribe of film veterans banding together, leaning into their passions and reviving the struggling industry.

No job, but a dream

In the midst of the deepening downturn, I had a short script and spent my underemployed days writing. I connected with producer Melanie Jones and director of photography Christopher Banting and lucked into Erik Paulsson (former executive director of the Crazy 8's Film Festival) as a roommate. He linked me to casting director Kris Woznesensky.

Suddenly I had access to seasoned film professionals who were previously unreachable. Our Indiegogo campaign, combined with cash donations, raised $3,500 dollars in four weeks. The Red Epic camera and lenses were donated for the weekend. Everyone volunteered their time. On June 7, we went to camera on The Spiral.

"We could wait forever for the politicians to get it together and compete with Toronto and be at the mercy of the next time they decide not to help us, or we can figure out a way to make our own money with our own movies," says writer and director Tracy D. Smith.

Smith is on hiatus from paid work to focus on her third feature, Importance of Being Earnest: East Meets West, which starts shooting in May 2014. She sees opportunity in this downturn.

"The problem is, you work as a crew person 12, 14, 16 hours a day, never taking a break," she says. Smith has worked as a producer's assistant, a script reader for Brightlight Pictures, and briefly as a location production assistant.

"You don't take a break between shows if you don't have to because you don't know when the next show is going to come. So you haven't had a breath. You started out this whole thing wanting to be a writer/director, wanting to be this independent artist. So now you can take your breath. Now you can do it. It's scary though, because now you've got art and commerce. You've got to pay your rent."

Actor, writer and producer John Cassini is well known in the indie film community. In between acting work on Continuum and Blackstone, he continues to write (he has a TV show in development), and produced the critically acclaimed Hit 'n Strum. He is also co-artistic director of the Railtown Actor's Studio. He sees potential in this turbulence.

"I'm aware how taxing it's been, especially for crews and their families. I certainly don't want to downplay that. But in times of adversity, good things can start to happen."

Cassini notes he's encouraged by filmmakers who fund themselves using Indiegogo and donates to campaigns when he can.

"I think it's a place for artists to support each other, not just emotionally and spiritually, but financially as well," he says. "It builds community."

Javier Badillo is the former chapter head of Raindance, programming director of the Vancouver Short Film Festival and director of Rink Rats, a pilot for CBC. Once steadily employed in animation, he's switched to indie film and exudes an infectious gusto.

"I have so much hope for Vancouver because we have a stellar foundation here for all this amazing business to happen," he says.

Badillo is among a growing number of innovators who see flaws in the current system and are initiating solutions. He relied partially on Indiegogo to fund Afternoon at Gudrun, which screened at the Short Film Corner at Cannes in May 2013.

"The bigger companies need those tax incentives to survive because their business model is based on that, but it's kind of like a crutch in a way. If you build your business model on a variable that might disappear tomorrow then it's not a very good business model."

A rising star in the film community, Badillo works in a coffee shop between shoots to pay his bills and his customers chip in towards his festival submission fees.

Innovative director Andrew de Villiers re-envisions familiar stories with intriguing results. His trailer Riverdale, a darkly modern take on the Archie comic went viral. He's directed for Lifetime and taken marketing gigs to pay his rent. He is in mid-production on Crockett, a modern interpretation of the legend, using crowdfunding and his own money.

He has concerns about the rise in creative teams asking crews to volunteer. Calling it "Indiefatigue" he says some directors are using the crews here to build reels, only to pull up and move to Toronto and hire crews there, leaving locals in the lurch. He urges directors and producers to think of the big picture.

"We have to think of it as a form of nurturing for the people on the ground, otherwise the whole thing is going to collapse," he says. "Our crews are the best in the world."

He also says staying relevant and connected requires grueling hours and commitment. "You have to say yes to almost everything that comes your way. You can't take a break, even as a volunteer."

Smith, who serves on the board of the Crazy 8's Film Festival, says there's been talk about the industry imploding for years, but insists smart business will be the key to a renaissance.

"The only way this industry will survive and all those people who aren't working now might have a shot of working more in the future is if people aren't just putting films on their credit cards because that's buying a lottery ticket that may never pay off,' she says. Smith is looking at Vimeo on Demand and other direct distribution methods and has already begun marketing her film.

There's zero certainty and scant job prospects, but my commitment to film is deepening.

For artists including Cassini who are drawn to the transformative possibilities of the art form, it's part of the deal.