In May, water managers in Montreal issued a 'boil water' advisory to roughly half the city's residents, those living south of the cross-town Metropolitan Freeway. Over a million people were affected -- but this was very far from the city's first water warning. 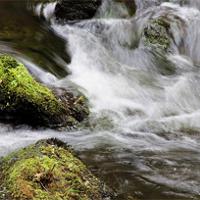 Canada's record of water stewardship is much worse than that of the United States and other international peers.

On average, Canadian facilities released or shipped off-site for treatment twice as much pollution as U.S. factories. Factories here created one and a half times as much pollution and toxic waste for each dollar of produced value, and for each job created, as their U.S. competitors did. Even though Canadian facilities accounted for only 7.4 per cent of the total number surveyed, they released 35.8 per cent of the pollution streamed into local waterways. In some categories of effluent, Canadian plants released more pollution in absolute volume than all the factories in the United States, which has 10 times our population.

In repeated comparisons with our peers, developed countries in the Organisation for Economic Co-operation and Development (OECD), Canada has placed no higher than twenty-fourth out of the 25 to 30 nations compared (depending on the year of study). Canada recorded five times as many case studies of [water-borne] disease outbreaks, on a population basis, as the United States. By contrast, the United Kingdom, with 60 per cent more people than Canada, recorded one-third fewer case studies.

The Conference Board of Canada regularly compares this country's "quality of life" with that of our developed-nation peers. Its Report Card on Canada awarded the nation a barely passing D for overall environmental stewardship in 2011, ranking us fifteenth in a class of 17 nations. "Canada's water quality is at risk from industrial effluent, agricultural runoff and municipal sewage," the Conference Board warned.

— Ralph Pentland and Chris Wood, excerpted from Down the Drain.

In the second week of October 2011, in Montreal's West Island community of Pointe-Claire, Victor Schukov and his wife were easing into the weekend just before supper when a sudden racket erupted beyond their windows. A city works department van, emergency lights flashing and heralded by sirens, was driving up the leafy residential street announcing something over loudspeakers. Unable to make out the garbled amplified message, Schukov, a local columnist and blogger, went online to the Point-Claire website. There he found a dramatic warning not to drink water from his home taps.

In other West Island homes the phone rang: on the line was an automated recording, a message from municipal offices in both official languages, again warning householders that the water in their homes could poison them.

Earlier that day utility workers had noticed a sudden drop in chlorine levels in the civic water supply -- indicating that some unknown contaminant was neutralizing the disinfectant much faster than normal. It did no good to add more chlorine; whatever was in the water seemed to be eating up the powerful oxidant. Just before the dinner hour, officials authorized a wholesale alert. Municipal workers fanned out to carry the word to restaurants, apartment buildings and seniors' homes in person.

At the same time, Pointe-Claire officials began calling counterparts in half a dozen neighbouring communities served by its water treatment plant. By the time word reached residents of Kirkland, Baie d'Urfe, Sainte-Anne-de-Bellevue and Beaconsfield, more than 130,000 Montrealers had been warned not to trust the most basic service urban Canadians count on: the ready availability of clean, safe water.

In fact, the early October breakdown in Pointe-Claire was almost routine. Certainly it wasn't the largest urban water warning ever issued in Canada, nor was it the only one in Canada that day. In 2006, seven times as many people in Vancouver had been warned that their tap water was unsafe unless boiled; that warning lasted for nearly two weeks.

On any given day, public health authorities report more than 1,500 water advisories in force in Canada. They warn residents of affected homes either to boil or sterilize tap water before they consume it or not drink it at all. Montrealers got off easy when the Pointe-Claire advisory was lifted after days. Many alerts have been in place for months or years -- a few, incredibly, for decades.

Across the country, in scores of places, Canada's water at the tap is flat-out dangerous. At the time of this writing [in mid-2012], British Columbia led the country with 290 active water warnings. Saskatchewan had nearly as many in place: 249. The 169 warnings active in Ontario outnumbered Quebec's 146, and even Prince Edward Island had three advisories in force. Many of these were not brief. On Nov. 18, 2011, the small town of Canyon, B.C., tucked into a valley in the Kootenays, between the province's southeastern borders with Alberta and Idaho, had four advisories in effect. According to the independent online summary maintained by www.water.ca, two had been in place since 1994, the most recent since 2003.

Nearly one Canadian in three drinks water from in-ground rather than surface sources. A panel of experts assembled in 2009 by the eminently neutral Council of Canadian Academies (a consortium of engineering and science academies endowed with $30 million in 2005 to research questions of science for the federal government) estimated that persistent contamination was present in more than 30,000 such groundwater sources across the country. And the number was climbing.

A 2001 study found that between 20 and 40 per cent of all the wells in rural Canada were contaminated with coliform bacteria (typically from sewage) or nitrates (a by-product of the decay of manure or other organic matter) at levels exceeding health guidelines for drinking water. Unlike water in a tank or plumbing system, water dispersed over kilometres underground can be next to impossible to purify once it has become polluted.

These failures of water quality are of more than statistical interest. Although clusters of acute illness on the scale of Walkerton and North Battleford have mercifully been rare, a review by Health Canada shortly after those incidents determined that the country had experienced no fewer than 288 outbreaks of illness traceable to contaminated water over the period from 1974 to 2001 -- nearly one a month.

Meanwhile, there is evidence that unsafe water is responsible for an overlooked national epidemic of gastrointestinal illnesses. A study by Health Canada over a six-year period in Vancouver, a city with one of the most pristine water catchment areas and newest water systems in the country, reported in 2000 that contaminated water had been responsible for 17,500 doctor visits, 138 visits to pediatric emergency rooms and 85 hospitalizations over that time.

If the rate in the rest of the country -- much of it with aging water mains and watersheds heavily affected by industry or agriculture -- is close to the same, then nearly 200,000 Canadians suffer seriously enough each year from stomach pain, cramps, vomiting or diarrhea because of something in their water to consult a doctor or visit an ER. In [Schukov's] Montreal, another study traced as many as one-third of all gastrointestinal illnesses to tainted tap water.