The last and most prevalent myth about shale gas is that it's a clean, even green, alternative energy.

The government of British Columbia calls natural gas "the world's cleanest fossil fuel" and a path to a low carbon future.

But you have to dig much deeper for the truth, says Cornell University fracking expert Anthony Ingraffea, whose decades of research are a main basis for this series ending today.

Compared to oil and coal, natural gas does indeed produce less CO2 gas when it's burned.

But shale gas is not conventional natural gas. It's much more energy intensive and often contains high amounts of CO2 or hydrogen sulfide. Moreover the scale of fugitive emissions and methane leakage from shale gas developments squarely challenges both industry and government claims about its cleanliness.

Many scientists, including Ingraffea, now suspect that the rapid development of unconventional gas deposits such as shale and coal bed methane could result in such huge methane releases that they could help tip the planet into an "alternate climate system."

Methane is not only the second most important gas contributing to global climate change but traps heat energy in the atmosphere more effectively than CO2. It is 33 times more potent than CO2 over a 100 year period or 105 times more powerful over a 20 year period. In other words, short term releases of methane can do more damage than CO2 emissions.

"Each one per cent lifetime production leakage in a well produces about the same climate impact as burning the methane twice," explains Ingraffea.

The natural gas industry is now the largest source of methane releases into the atmosphere after factory farms and landfills.

Most of the problem comes from leakage. Methane wafts into the air during drilling as well as during frack fluid flowback. Some leaks occur during the compression of natural gas and others during pipeline transport.

Natural gas plants,which scrub the gas free of impurities and water, also leak substantive amounts of methane. The Canadian Association of Petroleum Producers once estimated that a typical sweet gas plant might leak 188 tonnes of methane a year and a sour gas plant about 251 tonnes. But a 2004 survey by Alberta researcher Allan Chambers using a special radar and gas leak camera found real methane leaks at six Alberta gas plants were four to eight times higher than industry estimates. The sweet plant leaked 1264 tonnes while the sour plant leaked 1020 tonnes a year.

The scale of leakage rates has stunned researchers. In a city like Boston the local gas delivery system leaks as much as five per cent of the product according to new research from Boston University geographer Nathan Phillips. The study, the first of its kind, found pervasive methane leaks throughout an aging delivery system (some 3,300 leaks) that damaged trees and wasted millions of dollars.

Estimates on methane leakage from non-fracked, conventional gas wells and gas plants range from .4 per cent to two per cent.

But new studies on heavily fracked natural gas fields indicate leakage rates from wells can range anywhere from four to nine per cent of total methane or natural gas production. That's nearly double or triple of previous estimates of leakage.

A 2013 study in Nature, one of the world's leading scientific journals, found that well–fractured gas fields in Colorado and Utah were leaking nine per cent of their methane into the air.

The leakier the dirtier

According to many scientists any leakage above two per cent in upstream natural gas production makes the blue flame a dirty source of energy as problematic as coal or bitumen.

One 2011 Australian study found that any climate gains made in converting coal-fired power stations to natural gas were simply lost by conventional methane leakage rates of 10 percent from wells and pipelines.

It is now estimated that methane emissions from shale gas are nearly 30 times more than those of conventional gas over the lifetime of a well.

The global climate system is so responsive to increases in methane that a recent study by NASA scientist Drew Shindell concluded that that unless emissions of methane and black carbon (another potent heat trapper) are quickly curtailed, the Earth will warm to 1.5 degrees Centigrade by 2030 and to two degrees Centigrade by 2045 to 2050 regardless of CO2 reductions.

Shindell specifically targeted reductions in methane leaks from the natural gas industry as an important way to slow down climate change and improve human health.

Cooking the climate with gas

Right now CO2 levels in the atmosphere stand at 393 parts per million and are increasing 2 ppm every year due to the exploitation and burning of fossil fuels and the destruction of global forest cover.

"We haven't got a hundred years to fix the problem yet industry calculates there is enough shale gas to last hundred years," explains the engineer. 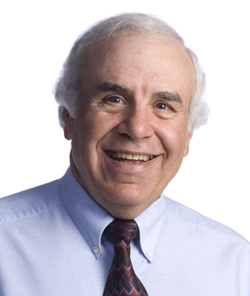 So, contrary to the claims of industry and government shale gas promoters, natural gas is not a "clean fossil fuel." Nor is it a bridge to cleanliness. In addition some of British Columbia's shale gas comes with a 12 per cent CO2 content, which is mostly vented into the atmosphere.

Natural Resources Canada now admits that shale gas comes with only a four per cent higher GHG emissions on average than conventional gas and that B.C.'s Horn River emission rate is 10 per cent higher. However, federal reports also reveal that data on shale gas emissions is extremely poor and that "millions of dollars has been invested in these resources with apparently little understanding of some of the environmental impacts."

Still, the bottom line on shale gas, says Ingraffea, is clear: it is not a climate change solution but another problem. "Over its life cycle, unconventional natural gas is likely no cleaner than coal or petroleum, and conventional gas comparable to other fossil fuels," concludes Ingraffea.

Moreover rapid shale gas development will exacerbate global climate change and could become, if not curtailed, a major tipping point into climate chaos.

Given these scientific facts Ingraffea supports a reduction in fossil fuel usage and a moratorium on shale gas production combined with focused investments in renewable forms of energy including, geothermal, wind, and solar.

"That's not rocket science but it does take political will."