Brian Fitzpatrick is a fighter, and he thinks that he and other family members who have seen their loved ones die because of employer recklessness have finally won a round. 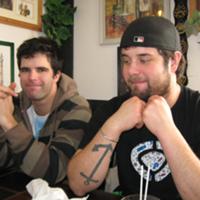 Fitzpatrick is the father of Sam Fitzpatrick, who was killed in an accident at Toba Inlet in 2009 at a Peter Kiewit company job site, which a WorkSafeBC inspector blamed on negligent and careless decisions by the company's on-site management. (The WorkSafeBC report is here.)

The heartbroken father was part of a delegation of family members who met with two provincial cabinet members, then-minister of labour Margaret MacDiarmid and Attorney General Shirley Bond, on Aug. 28 to persuade the Liberal politicians to take action that would see employers who endangered their workers' lives prosecuted more often under the currently seldom-used "Westray law."

The meeting gave Fitzpatrick "some satisfaction."

"We have started the ball rolling," the veteran faller and heavy equipment operator said in a Sept. 18 interview. "I always say I can take a beating and I can give a beating. It is good to get up again."

Use of the existing law to prosecute negligent employers in work-related deaths has been very infrequent since the "Westray Act" (so-called in memory of 26 United Steelworker miners killed at a Nova Scotia mine in 1994) was passed in 2004.

"Kill a worker, go to jail should be the rule," Steve Hunt of the United Steelworkers told The Tyee in late August. Hunt's union, which represented the workers killed in the Westray disaster, played a leading role in the campaign to bring in new Criminal Code language designed to prevent repetitions of the tragedy.

"Eight thousand workers have died at work since the law was passed, and there have been no successful prosecutions," Hunt said. "Employers can kill workers with impunity. We're not sure why the law isn't being used properly."

Where are the charges?

At the August meeting, the delegation, organized by the BC Federation of Labour and the United Steelworkers, presented a brief call for several reforms that would, the family members and labour organizations believe, result in improved safety on B.C. job sites and improve legal accountability for employers who heedlessly create conditions at work that harm workers.

The proposed reforms include implementing a provincial prosecutor specially tasked with laying charges under the "Westray law" (Section 217.1 of the Code), special training for police on the implications of the law (See the CLC guide "A Criminal Code Offence: Death & Injury at Work"), and mandatory police investigations of all workplace fatalities and serious injuries.

A Victoria cabinet shuffle in early September left Bond in her previous office but moved MacDiarmid to the Ministry of Health. Pat Bell now serves as the Minister of Jobs, Tourism and Skills Training with responsibility for labour matters.

Richard J.M. Fyfe, Q.C., deputy attorney general within the provincial Ministry of Justice, sent a letter to BC Federation of Labour president Jim Sinclair on Aug. 31 that responds on behalf of the ministers.

In the letter, Fyfe seems to reject the call from the labour delegation for the appointment of a "special prosecutor" to pursue cases like Sam Fitzpatrick's death, explaining that such a prosecutor is an outside legal expert brought in by government in cases where a prosecutor within government services might be in a conflict of interest. He points out that the government has had a designated prosecutor for several years to address the kinds of cases cited by the families and labour leaders.

"Minister Bond has confirmed that there is currently a specific Crown counsel (Ron Kockx) designated within the Criminal Justice Branch to review all workplace fatality reports received. This arrangement has been in place for a number of years," Fyfe wrote.

Kockx did not respond to a request for an interview before this story was filed. Fyfe replied by email to a series of questions about why so few charges had been filed in B.C. under the Westray Act.

"Charge assessment, approval and prosecution of workplace fatality or bodily injury cases is the responsibility of the Criminal Justice Branch," he told The Tyee on Sept. 26. "The Branch has a designated prosecutor in place to review, prosecute and provide advice and support to other prosecutors on these files. He brings significant legal expertise and experience to his role. Crown counsel applies the same charging standard to workplace matters as they do to all other allegations of criminal activity. For charges to be approved there must be a substantial likelihood of conviction and a prosecution must be required in the public interest."

The deputy A-G went on to say that when an investigative file is received by the Criminal Justice Branch alleging a workplace fatality or injury, Crown counsel considers all applicable charges, whether under provincial legislation or the Criminal Code. This can include, depending on the circumstances, criminal negligence.

"Where charges are approved," he said, "Crown counsel prosecute the files vigorously, but fairly, fully appreciative of the seriousness of the alleged offences."

Jagjit Singh Sidhu, another member of the family group that met the ministers, told the Tyee on Sept. 26 that he was baffled by the Crown's decision not to lay any of the 33 charges suggested by the RCMP in the wake of the van accident that killed his wife Sarabjit Kaur Sidhu. Ms. Sidhu died in an accident that also killed two of her fellow workers and injured 14 others as a poorly maintained labour contractor's van with no seat belts rolled over on a rain slick highway in 2007.

"Why weren't these charges laid?" Sidhu asked. "The RCMP suggested 33 charges and none were laid."

Fyfe's letter goes on to say his office will arrange a meeting with the BC Federation of Labour to "provide more information on the role of the designated prosecutor and to discuss how Reports to Crown Counsel are processed and considered by the Criminal Justice Branch."

Like Brian Fitzpatrick, the BC Fed's Sinclair is cautiously optimistic about government's initial responses.

"We are starting to have an impact on this," Sinclair said Sept. 19. "We've left home plate and now we have to keep on pushing. Currently, the system isn't working. We need to send a strong signal to all employers that they can't take risks that kill workers and not face consequences."

Sinclair said he welcomed the chance to meet with Fyfe and discuss more effective prosecution of employers who make decisions that kill workers.

"This isn't about retribution," Sinclair said. "I recognize you can't tell a prosecutor to act on a specific case, but the government does need to set priorities. There need to be consequences when workers are killed."

Sinclair also noted his view that the RCMP is not currently doing enough investigations into possible prosecutions under the Westray Act.

Fyfe's letter to Sinclair also said the province would put the question of addressing deficiencies in the way the Act has been enforced on the agenda of an upcoming Federal/Provincial/Territorial meeting, which will be held in late October. The deputy A-G also commits to follow up with the BC Fed president after the multi-level government meeting.