Weeks after two Vancouver for-profit medical clinics were shown to be billing illegally, public health care advocates are asking why the B.C. government hasn't cut off funding to the clinics or taken any other actions it could use to punish the transgressors. 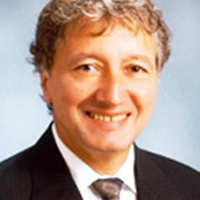 Cambie Surgery Centre and the Specialist Referral Clinic were targeted last month in a scathing audit report that uncovered nearly half million dollars in illegal extra billing, involving over 200 patients.

The clinics may see the provincial Medical Services Commission apply for a court injunction against them unless they provide evidence they have addressed the billing issue by today, Aug. 17, The Tyee has learned.

Meanwhile, public healthcare advocates like the BC Health Coalition are calling on the provincial government to take a wide array of responses to the findings of the audit. And a healthcare union that has played an important role in the challenge to the clinics, the BCNU, issued a statement celebrating the audit reports and calling for prompt remedial action.

"The commission indicated it would apply for an injunction after a 30 day period," Ryan Jabbs, a media spokesman for the Ministry of Health told The Tyee yesterday. "That period expires tomorrow."

Jabbs said the clinics so far had not communicated anything directly to his ministry or to the Medical Services Plan indicating they would remedy the problems with extra billing identified in the audit.

Meanwhile, Dr. Brian Day, the former head of the Canadian Medical Association and founder of the two audited clinics, remains defiant. On Wednesday, Day told The Tyee by email:

"We absolutely welcome the attempt to obtain an injunction. It will allow the courts and the public to learn the realities of the current failings of our system."

The province's Minister of Health Mike de Jong has signaled that his ministry will not take any direct action on the matter, deferring to the Medical Services Commission to act on the matter.

But Rachel Tutte, the co-chair of the BC Health Coalition advocacy group said private for profit clinics like Day's threaten Canadian medicare and the ministry has an array of options in responding to the findings in the audit.

"Here are a few of the things the minister could and should do immediately," Tutte told The Tyee. "He could impose a moratorium on any expansion of for-profit care in the province. He could end public funding that flows to the private clinics. For example, Dr. Day was charging both the MSP and patients for the same procedures. There is a huge public subsidy to these clinics. The minister could demand full accountability and transparency from the clinics."

"The provincial government must draw the line," said Tutte. "It must protect patients from two-tier care that allows special treatment for the wealthy and leaves the rest of us with longer waits, crowded hospitals and declining care."

Tutte said that her organization was not calling for criminal charges to be laid in this matter at this point.

The Tyee repeatedly asked to interview Minister de Jong, but he did not make himself available. The statements provided to The Tyee by ministry media spokespeople did not directly address Tutte's wish list for government response, despite Tyee questions about which, if any of the remedial actions the minister was considering.

However, the ministry statement did note that all complaints about extra billing were investigated.

The audit on Dr. Day's two clinics was delayed by court actions initiated by Day and other pro-clinic entities in 2009. The report itself notes that the auditors were treated with courtesy by clinic staff, but that access to important documents was denied the government investigators. Consequently, the findings of the audit are necessarily partial.

Currently Day and others, including four patients who say they have suffered because of current wait lists, are hoping to bring a constitutional challenge to the Supreme Court, arguing on the basis of the Chaoulli v. Quebec case in 2005 that B.C.'s Protection of Medicare act infringes on Charter rights of patients who languish on wait lists for treatment under the current system.

In media speaking notes Day made available to The Tyee, he says of this challenge:

"The BC Medicare Protection Act effectively imposes a death penalty on innocent victims through its policy of rationed access to care. It is unacceptable that patients are suffering, and many are dying, as they wait for necessary care. Those guilty of supporting or enforcing this legislation, while propagating the myth that such laws are good, should reflect on whether they are guilty of complicity in the causation of those deaths."

But the BC Health Coalition's Tutte disputes the argument that allowing more private for profit clinics to operate will shorten wait lists or save lives. She points to research done in places like the United Kingdom and Australia that shows that the existence of a parallel private system harms the public system by competing for medical staff without shortening wait times, a benefit often claimed by the proponents of expanding for profit medicine in Canada.

"The kinds of changes that Dr. Day wants to perpetuate and extend do not shorten wait lists and they do undermine the public system," she said. "We'll pay more and get less."

'That's why the courts are there': de Jong

On CKNW radio earlier this month Minister de Jong explained his government's so far hands off approach to the illegal billing findings.

"The Medical Services Commission is taking the action that they believe appropriate to enforce the laws that are in place in British Columbia," de Jong said. "We will let that play out, see how that goes. We always operate on the basis that people will comply with the law. To the extent that someone wishes to challenge the constitutional validity on the law -- that is why the courts are there."

But Tutte and her group say there's no reason the B.C. government could not have acted quickly on its own against the clinics found to be in violation of the law. "Owners of for-profit clinics are waging an aggressive campaign to capture a larger share of the health care 'market,'" Tutte said. "But more for-profit privatized health care means less public health care."