A pair of legal cases coming soon to the B.C. Supreme Court may greatly change the way health care is delivered in the province and across Canada. 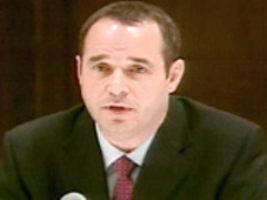 Meanwhile, in January, a group of these same clinics launched a court action against some of the government players targeted in the patients' litigation. This second action, brought by, among others, Vancouver's Cambie Surgeries Corporation and the for-profit clinic umbrella group the Canadian Independent Medical Clinics Association, is arguing that the law that underlies the delivery of health services in B.C. is unconstitutional.

They are calling on the Supreme Court of B.C. to rule that provisions of the Medicare Protection Act of 1996, which they claim "directly or indirectly prohibit or impede access to private health care and patient choice in primary health care," are in violation of sections 7 and 15 of the Charter of Rights.

The clinics also call on the courts to stop the B.C. Government from auditing the books of Vancouver's Cambie Surgeries Corporation and the Specialist Referral Clinic. (The Specialist Referral Clinic has been added as a Defendant by Counterclaim to the case as it has evolved this year). The audit is intended to determine whether those companies, both partly owned by privatization advocate Dr. Brian Day, have been involved, as alleged, in illegal extra billing.

Sources close to the case have told The Tyee that the two legal actions, which have become more complex as more interested parties apply to be added as respondents and interveners and additional affidavit material is submitted, may be joined and tried together this fall or winter.

Either way, the implications for the delivery of health care in B.C. Are immense.

If the suit initiated by patients against the government and the clinics is successful, it will represent a setback for those in the business and medical world such as Day, who is past president of the Canadian Medical Association. Day is the stock-owning medical director for Cambie Sugery Centre and the Specialist Referral Clinic in Vancouver.

The for-profit clinics argue in their action that the Canadian health care system is grievously flawed because of its reliance on government funding and primarily public delivery. Privatization proponents like Day would like to see a ruling that the current status quo in health care operates to deny Canadians their Charter right to timely health care under section 7 (the right to life, liberty and security of the person) and section 15 (equal protection of the law without discrimination).

They are calling on the courts to open the doors to more extensive use of private payment and for-profit clinics as a way to end wait lists and make health care delivery more efficient. In doing so, they rely on the landmark Chaoulli case in Quebec in 2005, which ruled in a 4-3 decision that a ban in that province on private health insurance violated the Quebec Charter of Human Rights and Freedoms. Only a minority of the justices in the Chaoulli case agreed that the ban violated the Canadian Charter as well. The Chaoulli ruling currently is binding only in Quebec.

A win by the clinics in their B.C. action might open the door across Canada for an expansion of for-profit clinics and private health insurance.

"This lawsuit threatens Canadians' ability to access affordable health care when they need it. It threatens the principles of equality and fairness that are fundamental to our Canadian health care system," Leslie Dickout of the B.C. Health Coalition told The Tyee, referring to the action brought by the for profit-clinics and their umbrella group.

But Brian Day takes a different view of the litigation he and his allies have launched.

"I'm of the fundamental belief that in a free and democratic society, there is nothing immoral, unethical or illegal about an individual who's suffering from a lack of health care using their own money to purchase that health care. It's a fundamental human right in a free society," Day told The Tyee.

Day went on to explain that he and other doctors at his clinic charge the provincial Medical Services Plan for their own services, while the clinic charges patients a facilities fee for use of the operating room and the salaries for nurses.

Mariel Schoof, who is one of the plaintiffs in the patients' case against the for-profit clinics, she says her litigation is about fairness and access to health care.

"I was the first one to challenge what the clinics are doing," Schooff told The Tyee. "I'm doing this because I want people to get the health care they're supposed to be getting. The province should see everybody gets medical treatment. We shouldn't be a backwater."

According to documents filed by her lawyers in December, Schooff had sinus surgery performed at the for-profit False Creek Surgical Centre in January of 2003.

False Creek now is among the defendants in the patients' litigation launched by Schooff and others.

The documents say Schooff personally paid $6,150 for her surgery, and her surgeon, Dr. Amin Javer, also billed the Medical Services Commission for procedure done on Schooff.

It would appear that this is not an incident isolated to False Creek Surgical Centre.

Day told The Tyee it is common knowledge that his and other private clinics bill patients above and beyond what the doctors invoice through the government-funded MSC. But he said that the clinics' billings were not for the doctor's services, which were paid by MSC. Those billings, he explained, are for renting the operating room and paying nurses and other operating room staff, what he calls "facility fees."

Those billings are illegal under the Medicare Protection Act, counter the government lawyers defending Medical Services Commission and others against the lawsuit brought by the private clinics. In their statement of defense they state it is impermissible "extra billing" to charge the MSC the amount it stipulates as the appropriate fee for a procedure and then bill the patient for collateral costs.

"When the Commission made its decision to audit the clinics, it was aware of correspondence from approximately 30 individuals, from which it concluded that the clinics, either individually or together, had charged beneficiaries for medically required service in contravention of the Act."

The clinics being referenced in this section of the affidavit are Cambie Surgical Centre and the Specialist Referral Clinic. Day is medical director of both clinics and is a stockholder in both.

In February of this year, Day told Canwest News Service, "There is no hiding the fact we charge facility fees, so the audit is absolutely unnecessary."

Marjorie Brown, one of the lawyers representing Mariel Schoof and the other former patients in their action against both the clinics and the government bodies, disagrees.

"The audit attempt was absolutely the right thing to do," she told The Tyee. "My clients needed medically necessary care and they were referred to doctors practicing under the Medicare Protection Act, and told by the doctors or their staff that there would be a big delay for their treatment unless they paid for it privately. The doctors' practice sets up two wait lists: one for those who wait in the public system and one for those who can afford to jump the queue. But these doctors still rely on the public system, billing both MSP and the patients for the care they provide and in the process breaking the law. It is shocking to see some doctors flout the law in this fashion."

Brown said her clients are motivated by a concern that others not be denied care because they don't have money. "This action is about preserving a system," she said.

Recent research sponsored by the anti-privatization B.C. Health Coalition suggests what may be at stake in both of the clusters of litigation that will be considered by the B.C. Supreme Court this fall. One of its findings:

"Our research reveals that for-profit clinics are siphoning scarce personnel from local hospitals and the public health care system. In at least two provinces, we found a demonstrable reduction in capacity of public non-profit hospitals as a direct result of staff poaching by nearby for-profit clinics. Ontario's for-profit MRI/CT clinics led to cuts in MRI hours in local community hospitals. In Manitoba, the for-profit MRI clinic caused a reduction in MRI hours in the Winnipeg Health Sciences Centre. In addition, staff poaching from local hospitals was found in Nova Scotia and British Columbia."

On the other hand, some critics say the Canadian health system is so flawed that it needs massive reform, not preservation. For example, Nadeem Esmail of the pro-privatization Fraser Institute has argued in a recent article in the June 2009 Fraser Forum that the Canadian system is the second most expensive universal access system in on the planet, only outspent by Iceland. Further, he says, and in this he echoes Brian Day and many other advocates of health care privatization, Canada's wait lists for medical treatment are among the worst in the world.

'Opening the door' to NAFTA challenges?

Dr. Randall White of the Canadian Doctors for Medicare, a group that has applied to be an intervenor in the case between Mariel Schooff and the other unhappy ex-patients and the MSC and the clinics, doesn't see the privatization option favored by Day and his clinic associates as a useful one or one likely to improve Canadian health care delivery. In an email interview with The Tyee, White wrote:

"If Canada opens the doors to commercial health-care delivery and insurance, we can expect NAFTA challenges that could well dismantle our publicly funded, non-profit system... The cost of commercial health care is high. Many studies have found higher costs attributable to ubiquitous elements of for-profit insurance and hospitals such as administrative activities, marketing, profit generation, and executive pay. When it comes to health care, the assertion that markets are most efficient is absolutely false. The U.S. is the most market-driven industrialized health system and also the least efficient. Canadians could expect greater cost inflation with the advent of market-driven health care."

The B.C. Supreme Court, when it rules on these two related cases, will be turning its attention primarily to matters of law and the Charter, not the policy concerns variously advanced by pro- and anti-privatization advocates. Nevertheless the court's judgments are likely to have profound policy implications for Canadian doctors, patients and taxpayers.