[Editor's note: Click to read the introduction and part one of this series, published yesterday.]

There are no cameras in the cells at the North Fraser Pretrial Centre in Port Coquitlam, so none recorded what happened in cell Charlie-East-Five after lockdown on Jan. 19, 2008. One prisoner, John Parker, left the cell on a stretcher that night; he died soon after. The other, Victor Hurtado, walked out in handcuffs. But the exact details of what went down are disputed. 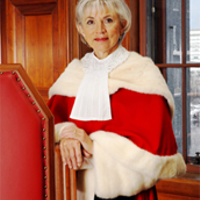 There are two versions: one pieced together by police investigators, one that Hurtado told later in court. In broad strokes, they're similar. But they differ on key points, like who hit whom first, and how often. In the end, a judge decided between them. But he left a larger question unanswered: Why were the two men in one cell in the first place?

Immediately after the cell block encounter investigators combed its confined space for evidence. A constable from Metro Vancouver's Integrated Homicide squad, Robert Kurtz, took charge of the cells' contents, seizing two plastic bins, a broken television and two plastic chairs stacked together and covered in blood. Wearing blue-paper coveralls -- a "bunny suit," in police slang -- he stripped mattresses from the two bunks and searched them for weapons. Later he probed the cell walls and examined the ceiling. He found nothing that shouldn't have been there. No contraband. No illegal weapons. If there was a murder weapon, in other words, it was prison issue.

After Kurtz was through, a blood spatter analyst went to work. Sgt. James Hignell found blood splashed against the walls and pooled on the floor. There was a bloody handprint on one of the chairs and hair matted into the edge of the seat. Based on the splatter, Hignell put together a theory of how the beating took place. Using the two chairs stacked as one weapon, Hignell believed, Hurtado hammered the front sitting edge into Parker's head. Holding the chairs by the armrests, he struck the smaller man as he stood, again after he fell, and then again at least once more after Parker had stopped defending himself.

Hignell's version jibed with what a pathologist, Dr. Dan Straahof, later found: Parker died from blunt force injury to the head. He was struck at least seven times with a weapon. That was the theory prosecutors went with in charging Hurtado with second-degree murder: a deliberate, if unplanned killing of another man.

Less than 36 hours elapsed between the time John Parker was moved into Charlie-East-Five and the time Hurtado killed him. Over the next two years, a criminal court and three government agencies would examine what happened during those hours. Hurtado would give his version of events publicly only once.

On trial at New Westminster Superior Court in 2008, Hurtado testified in his own defence. He didn't deny killing John Parker. You can't imagine it would have done him much good. But that's not to say he admitted to murder.

Hurtado's lawyers relied on a defence that portrayed their client as a victim, not an aggressor. Pictures of Hurtado's face from the night of the attack show a large bruise on his cheek. A pathologist testified that Parker's hands had wounds that could have come from a punch. With that evidence, Hurtado offered his account of what happened.

Hurtado said he didn't fear Parker when the older man was moved into his cell. That's no small thing, he told the court. In prison, everyone is a possible threat. But Parker, small and old as he was, didn't seem like much to worry about. As a result, Hurtado said, he was surprised when, on the night of the 19th, Parker hit him, hard, from behind.

The shot, Hurtado claimed, caught him on the cheek and sent him spinning. At first he thought Parker might have a weapon, maybe a knife, so he played dead. When he got up, Parker was near the door. Hurtado says he grabbed the nearest object in the small cell, a television, and hurled it at the smaller man. It missed and smashed on the cell floor.

Next, Hurtado said, he lifted one the cell's two chairs. (The blood expert said both were used; Hurtado said just one.) Hurtado testified that he hit Parker once. The smaller man grabbed at the chair. The two struggled before Hurtado, by his own account, kicked Parker’s legs out, knocking him to the floor. With Parker down, Hurtado unleashed. He said he hit the other man repeatedly, but no more than five times.

Hurtado insisted he wasn't trying to kill Parker. Rather, he was protecting himself: "I was not going to lose my life."

The judge's written decision in Hurtado's case runs to 96 paragraphs. The 41st is one of the shortest. It deals with Hurtado's state of mind during the fight. It reads, in its entirety:

"When asked in cross-examination to describe his own demeanor when struggling over the chair, [Hurtado] answered with one word. At least in translation it is one word, and that word was 'War.'"

To bolster their client's case, Hurtado's lawyers pointed to Parker's own history. In the five years before his death, Parker was involved in four violent or threatening encounters. He pepper-sprayed a man during an argument in 2003. He swung his guitar at someone outside a liquor store and threatened a bus driver in separate incidents in 2007. Just two days before he died, he told a guard he was going to punch out his cellmate -- not Hurtado -- if the other man wasn't moved.

In the end, the judge didn't completely buy it. He found holes in Hurtado's story. But he also accepted the inevitable: without video evidence, he could not say for sure who had struck first. The Crown could not prove beyond a reasonable doubt that Hurtado had started the fight.

In law, the case came down to this: If Parker hit first, was Hurtado's response proportional? If not, did he know his actions could kill? On the first question, the judge, Arne Silvernan, was unequivocal. Once Parker hit the floor, he wrote in his decision, "[h]e was no longer attacking. He was trying to cover himself and ward off [Hurtado's] blows." Self-defence was no longer on the table.

On the other question, it wasn't as simple. The Crown argued that Hurtado had to know his attack could be fatal. Parker was on the floor. He was bleeding, crying for help. By the end, his body was limp. But at the same time, the encounter had happened so fast. Seconds. Maybe a minute, at most.

In the end, that’s where Silverman's verdict turned: it just happened too quickly. From the first blow to the last, he decided, the beating that ended John Parker's life was intentional, certainly, but not deliberately murderous, at least not beyond a reasonable doubt.

On Oct. 2, 2009, Silverman found Hurtado not guilty of second-degree murder. He convicted him instead of manslaughter. A few months later Silverman sentenced Hurtado to seven years in prison, minus 34 months credit for time served.

Before delivering the sentence he addressed what for Parker's family became the single most important unanswered question of the case: Why were these two men, with so little in common and such different criminal histories, put in a cell together?

"[B]eing in that cell with Mr. Parker was not your fault," Silverman told Hurtado. "You did not choose to be there... You did not do any of that. You just got told where to go and who to go there with by the staff. In retrospect it was a mistake; that is clear. Nobody is going to disagree with that."

In the months after Parker was killed, three government bodies looked into his death. None would agree with the judge's opinion. Tomorrow in The Tyee, we look at those reviews, and the questions they did -- and did not -- answer about the events in Charlie-East-Five.