[Editor's note: Canadians' growing taste for fresh flowers shows no sign of peaking. Here in B.C., flower purchases have grown by 20 per cent in just the last four years. Most of those blooms are imported, often from developing countries where nursery conditions have attracted criticism for being hard on the environment and exploitive of workers. But new initiatives, modeled on programs that certify other indulgences like coffee and chocolate as good for the conscience as well as the morale, are certifying some bouquets as 'fair trade.' But do such labels really represent better practices where our flowers are grown? Supported by Tyee readers through a Tyee Fellowship, reporter Gabriela Perdomo has been checking out the high valleys of South America's Andes that produce more than half our imported flowers. Here is the third of her reports. (Read her first two reports here and here.)]

María Eugenia Anzola's smile is contagious. She is director of social wellbeing and development for Elite Flower, one of Colombia's largest flower growers and exporters, where she oversees social programs for the company's 4,000-plus employees. Her days are spent surrounded by over 400 kids who attend a daycare and primary school for children of Elite's employees. 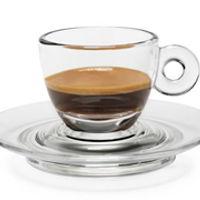 Now's No Time for Bad Coffee!

In a quaint house tucked in the Bogota Savanna, boys and girls in red and purple uniforms occupy comfortable classrooms that are among the best equipped in the region. Outdoors, a large gardened recreation area is available to them, complete to a pond with ducks. The kids smile readily, looking healthy, well educated, even coddled.

Elite is one of a growing number of South American flower farms that have recently become certified by the Rainforest Alliance as socially and environmentally responsible. With 14 farms, Elite is the largest grower in Facatativa, a flower town in the greenhouse-rich Bogota Savanna. On the last day of March, I drove an hour west of Bogota to meet Anzola at her workplace. She wanted to show me what the Alliance certification has meant for the company and its employees.

As we knocked on classroom doors and were greeted by children with a bright "Buenos dias!" spoken in perfect unison, Anzola told me that one big benefit of becoming certified is that Elite is now able to sell flowers to Whole Foods, which requires the Rainforest Alliance label. While the certification itself focuses more on environmental practices than worker well-being, the company, which has outlets in B.C., demands high labour and social standards from suppliers. That, as much as the certification requirements themselves, has been key to the school's success Anzola says.

At two locations tucked into the tranquil hills of this fertile green valley, the school provides nursery care for toddlers as young as three months old (Colombia's guaranteed maternity leave is just under three months). A large staff oversees the children from 6:00 a.m. to 4:00 p.m. every day -- at a cost to parents of $16 a month, which pays for transportation, four meals and educational material. Parents who live too far away can get help to send their children to other public schools in the area.

Whole Foods has also helped with other programs: 26 Elite workers are pursuing a college education, and 110 are enrolled in primary and secondary school -- a luxury that few rural Colombians can afford. Mothers with young children get first call on a micro-lending program for housing that the Austin-based chain supports. In the packaging room, where women were wrapping gerberas and roses in Whole Foods sleeves marked with the Rainforest Alliance label, one 30-year-old clad in a bright yellow apron told me, "Yes. We know who Whole Foods is. And we always make sure we give them our best flowers because they've helped us so much."

Rainforest is one of five social and environmental performance certifications Elite has secured. Prodded by their various environmental requirements, the company has developed an impressive system of water management and control, including its own reservoir and treatment plant to avoid contaminating surrounding water sources. The farms run on rain, and all the water they use is re-circulated. An in-house lab produces biological herbicides, pesticides and fertilizers to reduce the use of toxic agrochemicals.

It was the growing number of flowers carrying the Rainforest Alliance or Fairtrade logos I noticed back home in B.C. in recent months that prompted my trip this spring to Colombia and Ecuador -- where 75 per cent of all our imported flowers come from. I wanted to know if and how the programs behind the logos were really changing conditions on the ground for workers and the environment.

In my last dispatch, I reported how both labels seem to be having positive effects, with Fairtrade's focus tilting to labour and social conditions, and the Rainforest Alliance to environmental care. But they aren't the only logos blooming in the certification garden. Colombia's floriculture industry is one of world's largest -- much more varied and developed than Ecuador's. Three-quarters of its flower exporters belong to the Colombian Association of Flower Exporters (Asocolflores). The group has its own certification label, Florverde. The label mandates worker-care standards that many member growers believe make other programs like Fairtrade unnecessary.

I verified that Florverde's labour standards are indeed high, though not as strict as those set by the Fairtrade program. And Asocolflores itself has addressed many of the worrisome conditions that characterized the Colombian industry when it first flowered about 25 years ago. Still, the Rainforest Alliance label many Colombian growers carry is comparatively weak on work standards -- to the point that some farms have become fertile targets for union organizing (linked story in Spanish).

Ecuador is a much different and visibly poorer country than its neighbour. It's only beginning to address the many downsides that come with growing flowers commercially.

Diego Naranjo is general manager at Ponte Tresa, a rose farm in the beautiful Cayambe region, high up in the Ecuadorean Andes just over an hour north of Quito. His company was one of the first in South America to seek the Fairtrade certification nine years ago. Naranjo admits that at first Ponte Tresa's motivation to join the program "was mainly economic." The Fairtrade label would open doors into the demanding European market. But now, he says, "social benefits have far outweighed the financial ones."

I interrupted a group of Ponte Tresa's workers just before lunch time during a busy harvest day to ask their impressions of the Fairtrade certification. Carmen Romero, a 50-ish veteran in the industry, said her quality of life "has definitely improved" since the company became certified. Her companions agreed. Fausto Villota, who was about the same age, spoke of "a new beginning" and workers who felt empowered, "rather than utilized," as labourers.

A worker at Ponte Tresa makes about $400 a month, after adding benefits and the so-called 'social premium' required by the Fairtrade label. The usual wage at non-certified farms nearby is the national minimum: $264. Fairtrade workers also get 21 vacation days a year, almost a week more than the 15 that Ecuadorean law requires.

The social premium is a 10 per cent fee that Ponte Tresa's customers pay directly to a worker-controlled fund for each Fairtrade-certified stem sold. Workers must invest the money in social and community programs. As a result, Romero and her 102 fulltime co-workers have access to free healthcare and prescription drugs for a symbolic $5 a month. Anibal Mocha, another Ponte Tresa worker, smiled widely when he told me that he had just gotten a loan from the fund to build his home. "I would have never gotten a loan from a bank," he said, "because I don't have a credit history."

At the public Nasacota Puento school in Cayambe, children were rehearsing performances for the upcoming Teacher's Day when I visited on a sunny day in early April. The youngest ones were learning to dance a traditional cumbia while second-grade students were preparing a poem for recital. I was there with Rocio Giron, administrative manager at Hoja Verde, another Fairtrade farm. She was showing me the community programs that workers support with their social premium funds.

Hoja Verde's workers use their fund mostly to plug holes in local services provided by a widely corrupt and poor local government. They gave money to the Nasacota school to build new bathroom facilities, after it had operated with only one bathroom for 500 boys and girls for a whole year. Other significant contributions have repaired the school's floors, renovated its building and equipped a computer room -- with Internet access.

Just up the street, closer to the base of the massive Cayambe Volcano, Hoja Verde's workers also help fund a daycare for employees' children aged up to five. Their funds are not enough to pay full salaries. Instead, volunteer mothers earn $200 a month for their childcare services. Margarita Santacruz is one. While she said she would prefer the full salary that goes along with a fulltime job, she was thankful that Hoja Verde workers were supporting her and other volunteers to get teacher's certificates. Santacruz dreams of "building and running a full school one day," on a piece of land next door to the daycare that the Hoja Verde company recently donated.

Compared to the day care I visited in Colombia, the one funded by Hoja Verde's workers is modest. But it is still a refuge for children of flower workers. Many women working at other Ecuadorean flower farms must leave their jobs -- or scramble to leave their children's care to relatives or expensive sitters -- after giving birth. Reliable daycare means the world to them.

'The label made us better'

The last place Giron took me was the Giovanni Calles Institute for special-needs children in Cayambe. It accepts children up to 18 struggling with handicaps that range from severe to minor learning problems. Parents pay no fees. Instead, the institute receives money each month from two Fairtrade farms, Hoja Verde and Flor Mare. The local government pays a minimum-wage salary to the institute's director and volunteers make up for the rest of the staff. The workers' corporation at Hoja Verde took the extra step recently of funding the salaries of one teacher and a cook.

Back in Colombia, Anzola, the woman in charge of social projects at Elite Flowers, spoke of certification programs in general as a positive force changing the flower trade. "We were already a conscious company," she insists. "But the label made us better. And it made us improve the community where we live. We never thought of doing that."

In the next article of this Tyee series, I'll look into the environmental impact caused by growing flowers commercially, and what some certification labels are doing to re-shape the industry's historically poor agricultural practices.