It was the air coming out of the light socket that opened their minds, and their pocketbooks. 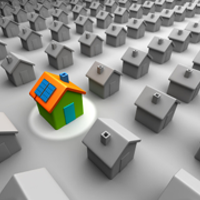 Voting for Lights and Heat

When Laura Lee Schultz and Jacqueline Gullion bought their East Vancouver bungalow last year, they knew going in that it would need a lot of work. Their first priority, like many of the newly "house rich, cash poor" set in Vancouver, was building a basement suite they could rent out to help cover mortgage payments.

Energy efficiency was not a priority, explains Schultz, at least not until they found out they could get a $1,200 rebate from the provincial government's LiveSmart program to replace their 60-year-old furnace. As part of the deal, they were required to have an energy auditor come in and do a standard test that measures air leakage in the house.

"His eyebrows shot waaaay up," recalls Schultz. "He made me put my hand in front of the back outlet, where the light socket is, and there was air blowing into my hand -- a lot of air.

"And he said, that's just one spot where you're having air leakage in this house. It's really, really bad."

Learning just how much heat their house was hemorrhaging was the impetus for a host of other energy-efficient retrofits -- including weather stripping and insulation -- that Schultz and Gullion eventually undertook. They ended up spending $35,000 renovating their entire home, and $15,000 on energy retrofits alone. They talked to contractors, did research online, watched how-to videos on YouTube and ultimately turned their renovation and retrofit project into a website, Lez Renovations. "We took this on, as not just buying a house together, but to have fun with it," explains Schultz. "So we kind of enjoyed the research."

Most people have no idea how inefficient their homes really are, much less what to do about it. More than a third -- 35 per cent -- of British Columbia's greenhouse gas emissions come from buildings, and more than 50 per cent of the buildings that will be around in 2050 -- the year by which B.C. is supposed to have reached its targets -- already exist now.

We know technically how to green this existing housing stock. But the question of doing it on a larger scale, of how to finance millions or billions of dollars worth of private home energy retrofits, is one of the biggest challenges facing municipalities today in their quest to reduce greenhouse gas emissions.

One thing is clear: it will take more than rebates. As Christopher Pollon reported previously in this series, rebates like the SmartEnergy program add up to just a drop in the bucket.

In December, Mayor Gregor Robertson announced the city was developing a pilot program that would allow homeowners to pay for home energy retrofits through on-bill financing.

On-bill financing means the homeowner doesn't have to dip into savings and pay a lump sum up front, and it's more convenient than asking a person to go to a bank and take out a separate loan. It's easier to track as the cost of running a household, too. Retro-fit loan charges can be folded into tax or utility bills the resident is already paying.

"We want to make it easy for everyone so you can opt in and you pay over time but the cost is offset by the savings in energy," Robertson said when he launched Vancouver's version.

The program will allow a homeowner to borrow money to finance home energy retrofits -- things like new furnaces and boilers, more efficient windows, insulation and weather stripping. That loan can then be repaid over time on the homeowner's property tax.

This kind of long-term, low-interest financing model is already being adopted many U.S. jurisdictions, including Portland. Two years ago, it launched Clean Energy Works Portland, a pilot similar to the one Vancouver is proposing, which has reached 500 homeowners in the city.

Marlowe Kulley is a clean energy specialist with the city who helped develop and implement the pilot. One of the biggest challenges, she explains, was convincing homeowners that energy retrofits were something they want, or ought, to do.

"Most people would like to save energy at their home, but it's not necessarily at the top of their list of projects," Kulley says. "Especially when you think about other home improvement projects they might do -- a bathroom remodel, or a new addition."

To combat this, Clean Energy Works Portland did widespread advertising, but also targeted outreach in one particular neighbourhood -- the Cully neighbourhood -- in a working class part of the city. They contracted a team who canvassed door to door, held neighbourhood potlucks and approached people through local churches and community centres. According to Kulley, approximately 2,300 people responded.

Those who qualified for the program first received a visit from a home energy auditor to assess energy use and potential savings. Then, they got an estimate of what work needed to be done and how much it would cost. If the homeowner decided it was worth it, they signed the loan agreement and work began.

The average loan through this pilot program is $12,600, with a 20-year fixed interest rate of 5.99 per cent (residents who qualify for federal income assistance get a 3.99 per cent interest rate). The average payment per month is $76 per month, but combined with lower utility bills, real costs are more like $25 per month.

Through the whole process, Kulley and the team at Clean Energy Works Portland guided homeowners.

This is key, according to Eric de la Place, a senior researcher on climate and energy policy at the Sightline Institute.

"Even if you've got $10,000 in hand to do energy-efficient upgrades, how do you spend it? It's hard for the average person to determine the right investments," he says. "We've been advocating for an energy concierge for municipalities -- someone to help you do energy audits, tell you about the return, hire out contractors, have the work done and do a post-work audit."

Kulley measures the program's success in part by its conversion rate; that is, the number of people who received an energy audit and actually went on to get a loan and do the work. Clean Energy Works has a 66 per cent conversion rate. In a free market, without the benefit of an on-bill financing program, that number is more like 16 to 20 per cent, according to Kulley.

On-bill financing not only gets more people to invest in retrofits, but they tend to do more work overall, says Peter Sundberg, executive director of City Green Solutions, a Vancouver non-profit that provides energy efficiency services for single-family homes, as well as commercial and multi-family buildings.

"What you can afford to do now is obviously a huge part of it for the majority of people," Sundberg says. "A lot of people who go through the LiveSmart program... don't go through the whole potential because they don't necessarily have cash in hand."

In addition, he points out, grant programs like LiveSmart are often prescriptive, rather than focused on overall energy use in the home.

"The program, behind the scenes, is weighted so that it's giving larger amounts of money to upgrades that result in more greenhouse gas emission reductions," Sundberg says. Which means even though energy efficient windows may cost more than a new furnace or boiler, there is a lower rebate attached.

"I think the on-bill financing would be a really good solution for a lot of different people," says Sundberg. "What's the interest going to be on on-bill financing? How does that compare to just getting a regular loan? Is it more attractive?"

David Ramslie, Vancouver's sustainable development program manager, says the city's priority is to use its position to offer economies of scale and certainty to potential lenders, but will not be a lender itself. "We are trying to be absolutely responsible to the Vancouver taxpayer," says Ramslie. "Taxpayer dollars are not being utilized to finance private homeowner energy efficiency retrofits."

At this stage of development, the city offers few details on the pilot it's developing. It's not clear where the loans will come from, what the terms will be, and if there will be one lender or several lenders.

While sources say that VanCity Credit Union is a likely financial partner, Ramslie says the city has not yet entered into a formal agreement with any financial institution, and is open to proposals.

"We're not guaranteeing that the loan will be commensurate with energy savings," explains Ramslie, "but we're trying to get so that in most cases, the energy savings will be around what you're paying extra on property taxes."

Tomorrow: Scaling up. How Portland's pilot program was able to expand to 6,000 homes across the state, and the challenges and opportunities to B.C. to do the same.

Read more: Environment, Green From The Ground Up