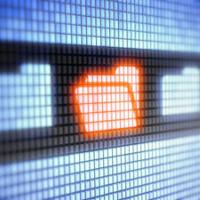 What Open StatsCan Can Do for You

I found out the hard way that the $4 billion electric company's words don't always match its actions.

When Macdonald's Oct. 11 letters arrived via Canada Post (I had asked for email), I was astonished that Hydro claimed there were no contracts and that none of the three received any payment. In disbelief, I sent a supplemental FOI request to learn what the bureaucrats were talking about while they pondered my original request.

What the Oct. 11 letter didn't say was that Hydro paid Nash's $2,500 travel, hotel and meals expenses and that his Meathawk Productions company was hired to produce ads running this fall. Campbell got $500 of his expenses paid. Furlong was in the same ballpark. Team Power Smart perks include a Conservation Candlelight Dinner, home energy audit, LED lights, compact fluorescent lightbulbs and jacket.

The biggest revelation? My name was shared outside the FOI office with Hydro lawyers and marketing and communications executives. Some of them are the best-paid legal beagles and spin doctors in the province's public sector.

Senior vice-president of customer care, conservation and communications Smith-Valade and director of media and corporate research Brumwell followed their former VANOC boss Dave Cobb to Hydro last year. Vanagas was the BC Liberal caucus executive director and Campbell's deputy chief of staff before joining Hydro in 2006. Coltart is executive director of Power Smart and Dyson the director of marketing. Nelson is a communications adviser and Aldeguer the senior vice-president and general counsel.

You can read the series of internal emails and correspondence with me from BC Hydro here.

"You have to identify yourself to make a request, to give certain information so they can give things back to you, but that's the FOI office for the purpose of responding to your FOI request," Gogolek said. "[Legal] counsel, maybe in some circumstances, but it shouldn't be going all over the upper levels of bureaucracy."

Head Hydro spokeswoman Smith-Valade, second on the list of Hydro's nine-member executive team, refused to be interviewed by me. She passed the buck to Macdonald.

"I note also that Mr. Avren, and members of the BC Hydro Corporate Communications group, were approvers of the responses to the FOI requests in question. As such, they would have to have seen the response in its entirety in order to effectively approve it. Additionally, I am a direct report to Mr. Avren. With these points in mind, if your contact information were, in law, considered to be 'personal,' these people would seem to me to be entitled to see it."

The Office of the Information and Privacy Commissioner is the independent watchdog that monitors and enforces the act. Its point of view on disclosure of a requester's identity is straightforward.

On Nov. 15, 2010, I found out by accident that ICBC breached my privacy when I requested a copy of its endorsement contract with former talk show host Vicki Gabereau.

"Jeff, Please refer to the attached FOI request from a reporter with Vancouver 24 Hours," wrote FOI officer Michael Fears when he inadvertently blind-copied me on an email to ICBC chief marketing officer Jeff Schulz. "Please advise whether someone from your area would have these records and if so who I should be contacting. As you know, in accordance with the directions from the Privacy Commissioner, we will need to keep the fact of this request confidential and only advise others as necessary for the processing of this request."

ICBC -- whose slogan is "Driving Trust, Building Confidence" -- eventually revealed that it paid Gabereau $10,000 to be the "somewhat reluctant demystifier" of auto insurance in radio and TV ads. By April, her compensation ballooned to $25,864.

The privacy question was finally answered in an Oct. 24 letter to me from OIPC investigator Linda Brandie. She found that ICBC's disclosure was "inappropriate and in contravention of FIPPA."

"It is not necessary for the individual responsible for gathering records responsive to a request under FIPPA to know the identity of the person requesting the records. In my opinion, there is no provision under sections 33.1 or 33.2 that would authorize disclosure of your personal information in this circumstance."

Who else is 'in crosshairs'?

ICBC and BC Hydro seem to be practicing an "amber lighting" of sensitive FOI requests that reminds Gogolek of a case resolved in Jan. 2008. Sierra Legal Defence Fund, Western Canada Wilderness Committee and half-a-dozen other environmental groups complained of systemic discrimination by the Ministry of Environment, which engaged in a pattern of delaying disclosures and charging high fees.

Veteran reporter Ann Rees studied government handling of FOI seven years ago, while on the Atkinson Fellowship in Public Policy. In an April 2004 story for The Tyee, she wrote: "Records deemed politically dangerous are reviewed by Liberal spin doctors prior to releasing them to the requester. Delays are inevitable -- with requests flagged as 'high' sensitivity taking almost twice as long to process and release.

"In addition, troublesome requesters are often identified by name and brought to the attention of the minister responsible, a breach of privacy protections in the act."

"They're very sensitive to criticism and thin-skinned," Gogolek said. "Is it just Bob Mackin in the crosshairs here or is it anybody from the media?"