The new year is less than three weeks old, but the Canadian Internet story of 2010 may have already taken place. Ridiculed by political parties and analysts, the growth of the Canadians Against Proroguing Parliament Facebook group, which now has more than 200,000 members, provides the clearest indicator yet of how poorly the Canadian political community understands social media and digital advocacy. 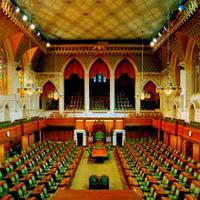 When the prime minister announced he was proroguing parliament in the midst of the holiday season, political commentators applauded the tactic, confident that few Canadians would notice or care. In less than three weeks, Christopher White, a university student from Alberta, proved the experts wrong, building the largest Facebook group in the country, one that's the focal point for national discussion and voter discontent.

As the group began to take flight, it was surprising to see political leaders and analysts blithely dismiss the relevance of Facebook advocacy. Editorials pointed to other large groups to demonstrate the group's irrelevance, noting that joining a Facebook group was too easy -- just click to join -- to mean much of anything.

This represents a shocking underestimation of the power of digital advocacy, which today is an integral part of virtually every political or business advocacy campaign.

First, the criticism is particularly surprising since Canada has experienced this form of advocacy before and it has proven effective. In 2007, the Fair Copyright for Canada group I launched grew to 90,000 members and was credited by some with convincing the government to more carefully examine its proposed bill. The following year, a group opposing proposed changes to Ontario's rules for young drivers reached 150,000 members and persuaded Premier Dalton McGuinty to drop the amendments.

Second, anyone who tells you that building a 200,000-person Facebook group is easy has never tried to do it. Indeed, Stephen Harper, Michael Ignatieff, Jack Layton, and Gilles Duceppe, the four national party leaders, have less than 100,000 members combined on their respective Facebook pages.

In fact, much like Facebook, the political parties all make it as easy as possible to become members. In the case of the Conservative or Liberal Parties, completing a form with just your name and address along with a $10 payment makes you a party member. Not a particularly onerous burden, yet party membership numbers are regularly trumpeted as evidence of popular support.

Third, attempts to marginalize Facebook users as outside the mainstream is difficult to reconcile with the fact that Canadians are among the most active social network users in the world. Recent estimates found 42 per cent of Canadians have a Facebook account with more than 50 per cent under the age of 45 on the social network.

Fourth, the dismissal of social media as a useful tool for rallying support fails to recognize what marketers have long understood -- word of mouth from a trusted source is always the most effective means of spreading a message. Political parties invest millions in ad campaigns trying to garner public support, but Facebook advocacy is potentially more effective because it's all about word of mouth. Joining a group may require little more than a mouse click, but behind that click is a trusted network of friends and colleagues providing their personal recommendation.

The battle is already won

Skeptics have pointed to rallies planned for this week as the litmus test for the effectiveness of the anti-proroguing Facebook group. But with polls finding mounting interest in the issue, the battle has already been won, suggesting it is long past time to cast aside doubts about the importance and effectiveness of digital advocacy.