[Editor's note: This is the eleventh in our "Some Honourable Members" series, depicting the more dubious moments in B.C.'s political history, brought to you by veteran muckrakers Tom Barrett and Tom Hawthorn, one a day until election day.]

Every jurisdiction has its crooked politicians, but British Columbia was the first in the Commonwealth to send a cabinet minister to jail for crimes committed while in office. 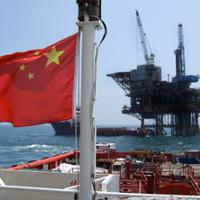 Robert (Honest Bob) Sommers, a former school principal from Castlegar, was W.A.C. Bennett's minister of lands, forests and mines in the 1950s. W.A.C. biographer David Mitchell writes that before being handed the job, Sommers told Bennett that he had once been a bit of a drinker and gambler and had gone through a "difficult period."

Those bad days were in the past, Sommers assured the teetotalling premier.

Within a few years of assuming the portfolio, however, Sommers began to have money troubles. Rumours began to circulate that the minister was open to bribes. A private investigator told Bennett there was nothing to the stories, but people continued to talk.

In Feb. 1955, Liberal MLA Gordon (Bull of the Woods) Gibson rose in the legislature. Gibson, a booming orator who had made millions in the logging business, told the house that something in the B.C. forest tenure system reeked.

"I firmly believe that money talks and that money has talked in this," Gibson declared, demanding an investigation. At these words, Mitchell writes, "there was pandemonium, with members from all sides yelling at one another until the Speaker called for adjournment."

When the charges hit the next day's press, Gibson declared that "the Socreds were caught where the hair is short" by the outcry. When the house sat next, Gibson was thrown from the chamber for refusing to withdraw his allegations. He marched up to the public gallery. When an MLA sought to have him removed, Gibson roared: "I'm either a member on the floor of this house or a private citizen up here in the gallery."

A judge was appointed to look into Gibson's claims and reported that there had been "no impropriety." But allegations continued. In 1956, an RCMP report found "definite indication of wrongdoing" by Sommers. The government was slow to act. It wasn't until November 1957 that Sommers was charged.

Mitchell said in a 2000 interview with the Vancouver Sun that before Sommers stood trial he slipped across the U.S. border and was paid to lie low in the States.

"There were mysterious payments of thousands of dollars in unmarked bills being sent to him across the border," Mitchell told reporter Harold Munro. "Where they were coming from and who was paying for him to stay out of the country was never revealed.

"He was in the United States travelling around, staying with relatives, living in seedy hotels or motels. But eventually he came back and when he came back he was tried."

After an 80-day trial, a jury found Honest Bob guilty of six offences involving bribery, including taking a bribe in the form of a rug and taking cash and savings bonds totalling $6,500.

He was sentenced to five years in jail and served 28 months. After his release he set himself up in Qualicum Beach as a piano tuner, an art he had studied in William Head Prison.