On Sept. 30, after months of research, the Mayor's Task Force on Housing Affordability released its final report, outlining the challenges facing renters and owners in Metro Vancouver's housing market. 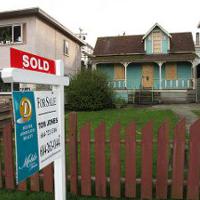 To Solve Housing Foreign Ownership Puzzle, Someone Must Pay

"We know that many people across a wide range of incomes face affordability challenges in our city," it states, "from those with little income and no housing to those with a higher income but who struggle to find affordable, suitable and adequate housing... How Vancouverites decide to address these challenges is fundamental to the future of our city. Should we simply let the market decide what kind of city we want and who gets to live here? Or should we take the actions needed to increase the diversity of affordable housing options, and maintain the vibrancy, diversity and economic competitiveness of our city?

"We believe that this report provides a blueprint for both short and long-term policy directions to significantly increase affordable housing options in Vancouver, and encourage City Council to embrace the recommendations and take action on the most pressing policy issue in Vancouver today -- the lack of affordable housing."

"There are more speculators about New Westminster and Victoria than there were in Winnipeg during the boom and they are a much sharper lot. Nearly every person is more or less interested and you will have to be on your guard against all of them."

"[The government] believes that all people have the right to expect decent living accommodation. It believes that appropriate steps must be taken to assure an adequate supply of housing... not just to meet present needs, but to meet the needs of the future as well. A great deal of time has been spent, by both public and private authorities, on analysing the housing problem. We must now concentrate our efforts on finding the solution."

"Vancouver's housing problems focus on the issue of cost of housing services. Inadequate income, or alternatively, the high cost of shelter, is seen to be the major factor constraining choices... An estimated 23% of the City's families pay in excess of 30% of their income for shelter."

"What sort of economy and society will there be if only the very rich can afford to live here? Current high housing prices have definite economic growth and job creation implications for the province. If high-priced executives can't afford to move here, how can lesser-paid people afford to stay?"

"Land prices are high, it is said, higher than anything would warrant. 'Why, the workingmen cannot afford to pay at the rate demanded for these tiny outside lots,' asserted one man recently. The same thing was said here 20 years ago, answer the pioneers; others of us know that it was repeated 10 years ago and five years ago, and our children and our children's children will hear the same tale of woe decades hence."

"Housing costs are high, but we can't afford to throw up our hands and say we can't afford to build many more houses until costs come down again. In a city growing as fast as ours this would be the counsel of stupidity and despair. We must have more homes and we must have them at prices people can afford to pay."

"Vancouver is facing a housing crisis. Real Estate agents have difficulty in finding apartments and houses to accommodate hundreds of people seeking quarters every day -- soldiers' families, war workers, and people who are swelling the city's population. Then there is also the slum question."

"Apart from overcrowding, a very unfortunate condition is being perpetuated in connection with dilapidated and, in some cases, condemned dwellings. Under ordinary circumstances, these buildings would stand vacant, or be demolished, but the great lack of suitable accommodation has forced people to occupy these premises to the detriment of their health and wellbeing. The rentals obtained are small and, therefore, the landlords will carry out no repairs, nor make any improvements; thus, damp and cold add their toll to the misery of the occupants."

"The inability of younger households to afford 'family type' accommodation in the City has been one of the spin-offs of rising house prices... Households in the lowest income category, 18% of all households, have about 4% of the total income, while those in the highest category, 23% of all households, have 47% of the total income. The obvious implication is that much of the purchasing power in the City, including the ability to pay for housing, is concentrated in a relatively small proportion of households."

"Look no further than the Trafalgar area, perhaps the most striking example of investor decay in the city. It's no longer a community, it's a commodity. A pocket of land bought and tilled by speculators... It didn't used to be this way."

"The association suggests that land speculators, in their greed for quick capital gains and profits in bidding for land offered for tender by Cities and Municipalities, have raised the cost of serviced lots beyond all reason, far beyond the limits of scarcity."

"I look on it (such activity) as I look on land speculation where nothing is done but turning property over for profit. They add nothing to the city. I despise it. […] We have to retain occupier ownership in the city or our neighbourhoods are going to go down the drain."

"Given the negative impacts that expensive housing has on our city -- whether it is forcing people into longer commutes, living in substandard housing, or limiting economic opportunity -- we urge City Council to be bold and embrace the recommendations we have laid out, with a determination to see them through. The health, prosperity, and future success of our city depends on it."

-- Report of the Mayor's Task Force on Affordable Housing, 2012.