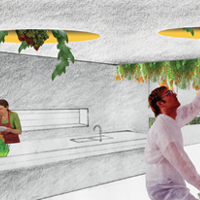 Is Your City Boring? Make It Wild

[Editor's note: This is excerpted from A Guidebook to Contemporary Architecture in Vancouver, just published by Douglas and McIntyre. A second excerpt on Vancouver as 'supermodel,' by Matthew Soules, runs next week.]

On Aug. 7, 1971, officers on horseback charged into a crowd in Gastown, the original downtown core of Vancouver, and swung their batons at the thousand people who had gathered or wandered there to protest marijuana laws and the nefarious police tactics used to enforce them. At the intersection of Abbott and Cordova, marchers and onlookers were beaten or hauled into paddywagons and the public gathering soon transformed into what became known as the Gastown Riot, one of the most notorious brawls in the city's history. In the years that followed, the neighbourhood withered, its zoning geared towards the tawdry tourist outlets that would long dominate it, its days as a gathering site all but over.

Is Your City Boring? Make It Wild

Making architecture is, at its core, a political action. Implicit in the design approach is the decision to encourage or thwart public gatherings, nurture or displace the poor, ignite or asphyxiate street life, rabble-rouse or calm the streets for paying visitors. At first glance, the shiny newness of central Vancouver suggests a manifesto of clarity and order, a divergence from the fiery social consciousness of decades past. (To sample that sensation, comb through the photo essay of buildings accompanying this essay.)

Underlying these images of finesse and resolve, however, are backstories of complex negotiations between public and private interests whose endgame is the greater public good. With increased density allowance as the currency, the resulting deals have spawned an unprecedented array of community centres, daycares, parks, public art and social housing.

Gastown's current robust and widely inclusive revival owes much to City Hall -- the very institution that had sanctioned the police bullying and subsequent neighbourhood stagnation in the first place. The most conspicuous participant in this revival is Woodward's, an inventive reconstruction of the old department store into a fusion of slick condo tower, social housing, art school and community centre. The public-good aspect of the project -- restoration of certain heritage components and rental units for lower-income residents -- has only been possible through density bonusing, which afforded the developer the right to build higher and tighter, in exchange for embedding inclusivity into the complex.

Where to be public?

Vancouver had suffered from architectural indifference and a dearth of public space long before the Gastown melee. Whether commercial or domestic, the early colonial-flavoured architecture did not lend itself to generating a public realm. Stanley Park and the waterfront became the dominant public amenity largely by default. Lacking centrifugal force and architectural frontage, the seawall is more promenade than piazza, with its linear circulation that resists spontaneous interaction. It is a fine space for exercising, or for watching a running spool of human faces. It is not the kind of space that is conducive to either quiet contemplation or expressions of civic discontent.

Following Vancouver's benchmark hosting of a World Exposition in 1986, a new wave of collective urban consciousness emerged. As the idealism and power of individual clients and their architects waned, the impetus for creating new public spaces rose up from the same development forces that in the past often threatened to destroy the public inheritance. Moated by water and mountain, and an agricultural land reserve, the city quite simply had run out of land to build on.

With developers now dependent on the grace of City Hall to build up and inward, rather than ever outward, the City Hall now had a newly powerful tool-kit of zoning policies. Henceforth, citizens at large would have an ownership stake in the city skyline and vista, a stake to which the financier of a bulky office tower would now defer.

The belief in the collective ownership of the city's dramatic natural vista translated into the 1989 mandating of 'view corridors,' zoning which preserved glimpses of mountains and oceans for wayfarers in the centre of the city. So saturated is the architectural buildup in the city centre that, in Vancouver, the common meaning of 'corridor' is not the hallway inside a building, but the ever-more-rare lane of visual space that remains outside of it.

Density as a traded commodity

The complement to view-corridor policy evolved into the wholesale acceptance of the density bonus transfer system in the 1990s. The basic premise was to proffer the right to build higher and denser than the zoning book allowed, if in exchange the developers would bankroll a park, heritage restoration, community centre, social housing or other public project. Parks and outdoor sculpture and heritage restoration began to flourish as a by-product of development. The process challenged the notion that park space, art galleries, and community centres were a frill and redefined them an essential component of a city. Developers would henceforth be expected as a matter of civic responsibility to partner with the city in order to enhance, rather than merely augment, the built environment.

Woodward's, the Electra Building retrofit, the Wall and Shangri-La towers, GRANtable, Coal Harbour and the Contemporary Art Gallery are all examples of architecture that has either been a donor or beneficiary of the density bonusing mechanism. What this policy tool-kit allows is the creation of an architecture that finds a path around the ruthlessness and indifference of the marketplace. That midcentury masterpiece, the former B.C. Electric headquarters, could find new life only as a residential tower. But its spacious hallways and elegant tile mosaic and meticulous retrofitting would have been doomed within an indifferent marketplace in which condominium units are bought and sold like stock options.

The architectural stock of Vancouver has made many of its residents -- and also a good number of faraway investors -- desperately rich, so much so that $18-million has become a kind of signifier price for a tower's penthouse, the masthead that brands it as a building worth buying into.

At the new Shangri-La tower, unlike Woodward's and Coal Harbour, there are no on-site amenities for the low-income; its ground floor is dominated by a boutique food store while its restaurant is a five-star dining and paying experience.

Shangri-La does, however, contribute to the public realm in major ways: aesthetically (it raises the bar for the otherwise-banal glass towers in the vicinity); financially (its developer 'bought' the density by paying for heritage restoration elsewhere); culturally (by providing an ancillary public sculpture court for the Vancouver Art Gallery); and environmentally (through the cultivation of a compact onsite forestland to offset carbon deficits). The game of trades and rewards extends beyond the material fact of building to encompass the full spectrum of human activity.

The Downtown Eastside, Woodward's and gentrification

Not far from this gleaming copse of downtown towers is its urban counterpoint, the Downtown Eastside. Once the affluent city centre, this century-old neighbourhood has devolved into one of the most impoverished and troubled communities in the country, but one with fierce local pride and sense of ownership. Architecturally ambitious social housing -- Bruce Eriksen Place, Lore Krill Housing Co-Operative, the Portland Hotel Society, and others -- convey a message that housing remains for all of us a crucial program: that local residents are also full citizens. And the message is conveyed not only directly to the surrounding citizens but also through the experience of the city to more cosseted, comfortable neighbourhoods.

Woodward's itself is now a bulwark against the gentrification or touristification juggernaut, hard-wired as it is to house a variety of socio-demographic categories.

Beyond the complex array of building uses, the developer also bankrolled the project's centrepiece installation: an eight-by-13-metre mural by renowned Vancouver artist Stan Douglas. Composed from over 50 separate photographs that have been enlarged and superimposed, the tableau depicts frantic young protesters being harassed and beaten by baton-wielding cops, with the old Woodward building in the background. It's the Gastown Riot, re-imagined, and anyone can view it by walking into the publicly accessible foyer. Here the historical record is rendered as carefully framed urban scenery for a new generation.

The mural's terse geographic title, Abbott & Cordova, 7 August 1971, is more appropriate and more forgiving than entitling it The Gastown Riot. By honouring the intersection with its title, it suggests that while ideologies and rhetoric and city-hall regimes inevitably come and go, our city streets -- and our will to inhabit them -- will last a much longer time.