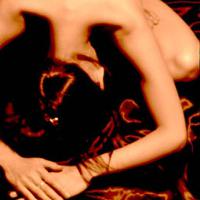 Paid to See All

[Editor's note: Click through the arrows above to see more photos of Switcheroo'ed duos.]

Since 2010, Vancouver artist Hana Pesut has been asking couples to undress and swap clothes for her, in public, so she can take a picture.

Paid to See All

What's odder is how successful she's become at it.

Dubbed 'Switcheroo,' the photo project has gained steam since originally premiering on Pesut's Sincerely Hana blog, and has been featured in the Guardian and Vice. Now, after presenting over 200 Switcheroo pairings, shot in Vancouver and global locales such as Paris, Barcelona and New York, Pesut has put the best of the bunch in her new, self-published book, titled simply: Switcheroo.

The premise finds Pesut taking two portraits of a couple -- whether lovers, friends or family -- at the same locale. While the first shot presents the twosome in their natural state, the other half of the diptych presents an inversion of the norm as they switch outfits and assume each other's personalities.

Often, the results can be humorous, like the 2012 wedding shoot of subjects Kyle and Colleen. The original photo looks like a standard post-nuptial picture, but reversed, the bearded, bulky groom is left crammed into his bride's teensy cream wedding dress; his better half swimming in a grey and navy suit, looking something like David Byrne circa Stop Making Sense.

Other times, as in the case of Montreal couple Colleen and Les, their apparel and hairstyles aren't as disparate, leaving an almost eerie homogeny to be seen.

Ahead of tomorrow night's book launch at Vancouver's Black & Yellow gallery, where Pesut will also hang a handful of enlargements from the series and schedule forthcoming Switcheroos, the photographer spoke with The Tyee about her ongoing project.

It's been over three years since you started Switcheroo, and you're over 200 portraits deep into the series so far. Where did this all begin?

"I was camping with some friends in Pemberton a couple of years ago. One of them dresses really crazy, like a lot of colours and patterns. She was wearing leopard-print tights, a tie-dyed T-shirt, sequins and silk-scarves. The other friend always wears black jeans and a black T-shirt. We thought it would be funny if they switched outfits, so I set up before and after photos. From that, I would see couples, usually friends of mine, and thought it'd be funny if they'd do that. I just started asking people to do it. It was hard to get people to do it at first, but once I got a few."

How did you convince people to participate?

"Some people are more open to that stuff, and once others see that people have done it then maybe it seems like it'd be OK for them to do it as well. I just kept asking."

Once they'd agreed to do it, where they comfortable with the shoot, or did you have to do some cajoling to get their clothes off?

You look through the series, and the facial expression vary from couple to couple. Some seem deadpan, while others get into the role-play. Have you noticed any behavioral changes during the photo shoots?

"I never really ask them to [role-play]. I can't remember if I always ask people to pose the same. You can tell that after a girl does a really feminine pose [in the original], when the guy has to do it, he has this sass about it. Some people take on the personality of the other, though some just stand there without expressing much."

Why is it you get that sass out of the guys? In general, it seems the women are more comfortable with the swap; more natural.

"I wear my boyfriend's clothes all the time, but it's not like he wears mine. When they do the Switcheroo, the girl has probably worn jeans and a T-shirt before, whereas the guy probably hasn't worn a dress and high heels. It's unfamiliar to him. I don't know about the attitude thing, I guess they're just trying to portray a bit of their partner's personality."

What does the project say about how people interpret each other's personalities?

"I like to leave that up to people to interpret themselves."

You have outtakes in the book showing people changing behind dumpsters, or in public parks. Is it easy to get couples to disrobe in public? Have there been any scenes?

"At the beginning of the book, there's a picture of Erik and Jasmine. I took their picture at Prospect Point in Stanley Park. A lot of places have somewhere to change, like a public washroom or behind a tree, but Erik and Jasmine just decided to change out in the open. While they were changing, a bus of tourists pulled up with their cameras. Erik was just running around in his underwear, it was funny."

When you started this up three years ago, it was a BC project, but you've since taken it around the world. How did you set up the shoots in other countries?

"I went to Austin a couple of years ago, and I just put a note on my website saying I would be there for the dates that I would be there, and for people to e-mail me if they wanted to do Switcheroo. I got a lot of response from that, and I've continued to do that if I go somewhere."

Do you approach it from a different element yourself, then? The early shots were of friends, but these are people that you're just meeting.

"A lot of them have been strangers; that was the first time I met them. It's really cool that they're willing to do this project for someone they don't know. Changing in public: it's an interesting way to meet people. It's definitely different, but people are open to do it."

When was the last Switcheroo you did?

"I took one while I was in Palm Springs this April, but I didn't have my Hassleblad with me and shot it with a different camera -- I'd shot all the other ones on my Hassleblad. I don't know if I really consider it part of the series. I mean, they posed and everything, but I didn't post the photos."

You've just released the Switcheroo book. How did you go ahead selecting the pictures for it, since you had a breadth of material to work with?

"Some friends of mine did the layout of the book, and I mostly left it up to them because I'm just so attached to each photo. I just wanted to have all of them in there. I left it up to them because they could see it in different way, and they were able to cut it down. There were a couple that I really wanted in there, so I made sure they made it in. The one of Leila and her dad Azim, that one is probably my favourite. I also really love the one of Brenna and Javan, that's the one against a brick wall. I wanted to have the kids ones in there as well."

What else do you have on the go right now?

"I think I'm going to Japan at the end of the month to shoot some Switcheroos for a Japanese magazine. Aside from Switcheroo, I have a couple of ideas that I've had for a while now, but I haven't had the chance to do them. I've been working on this for so long that I haven't had the time to start any projects, but it'd be nice to start something new."