On Oct. 24, David Byrne will host Cities, Bicycles, and the Future of Getting Around. It's a new take on Talking Heads: a lecture series that brings the Grammy/Oscar/Golden Globe winner together with a civic leader, an urban theorist and a bike advocate to discuss how to make Vancouver more bike-friendly. 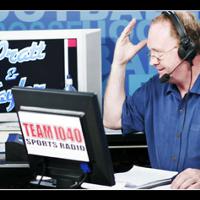 In Vancouver, No Traction for a Bicycle Backlash

The Tyee is the media sponsor for when Byrne fastens his u-lock to a Vancouver rack for this event, part of Capilano University's Pacific Arbour Speaker series. Our team will be there with our helmets firmly fastened, ready to take part in this one-of-a-kind discussion.

What's that, you want to come along? We have a few tickets to give away! Enter our contest before Friday Sept. 24, 2010, for a chance to win!

Each tour stop will feature different panellists. In Vancouver, Gregor Robertson will join Byrne, promoting his mayoral mission to make the city the greenest in the world.

Amy Walker, co-publisher/creative director of Momentum magazine and life-long cyclist, will bring her knowledge of urban transportation and city biking to the panel. After 21 years of two-wheeling advocacy, Walker's current focus is on inspiring urbanites to rethink their habits and to become more energy-efficient.

The urban theorist on the Vancouver panel is Erick Villagomez, an educator, researcher, and designer. He is one of the founders of re:Place magazine, an exciting local publication that considers Metro Van's urban landscape. Villagomez's research and consulting have helped Vancouver adopt environmentally friendly urban plans, codes and guidelines, and have also influenced patterns of city development abroad.

As for David Byrne, his involvement in the series is due to far more than his rock star status. For over 30 years, he has been relying on a bike as his principal mode of transportation. Byrne's book, Bicycle Diaries, chronicles his adventures biking in the world's most famous urban centres -- including New York City -- and has earned glowing reviews from critics around the world. One had this to say:

"The rock star who sang about burning buildings, highways and life during wartime turns out to be an acute observer of the urban condition, a veritable rolling philosopher."

Byrne will roll into Vancouver at a crucial time, with a new bike lane in the works for Hornby Street and other bike routes in the downtown core still sporting fresh paint.

Event Details:
Date and Time: Oct. 24, 2010, at 7:00 p.m.
Tickets: Adults $28, Student or Seniors $24.28, Children $13.44, available here
Venue: The Vancouver Playhouse, located on the corner of Hamilton and Dunsmuir (next to the Queen Elizabeth Theatre) in downtown Vancouver.

Cities, Bicycles, and the Future of Getting Around will make stops in New York, Austin, Seattle, San Francisco, Los Angeles and Portland before heading to Vancouver and on to other Canadian destinations this fall.

The Vancouver event is sponsored by the City of Vancouver, and signed copies of Byrne's book will be available for sale from 32 Books. Secure bike parking will be provided free of charge by Vancouver Area Cycling Coalition (VACC). Those attending the talk are encouraged to take advantage of the nearby Dunsmuir bike lane and cycle to the event, rain or shine.