9: Taming Power of the Small 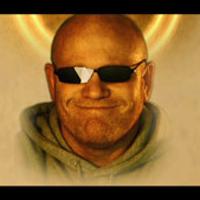 I was surprised to learn the Greeks had invented steam power. Thanks to my Scottish reeducation I had always pictured James Watt watching his mother's kettle boil. Yet the technology was pioneered around 250 BC by Ctesibius, barber-turned-inventor and reputedly the first head librarian at Alexandria.

You'd think the Greeks might have used Ctesibius's idea to harvest grain cheaply, but all they did was run toys called aeolipiles, whose steam jets made small metal figures appear to come to life and dance.

This failure to capitalize on available technology is generally put down to the lowly state of the attending sciences: metallurgy, mathematics, and so on. But there is another explanation: the Ancients had no incentive. Quite the opposite. Steam power would have bequeathed to Greece an army of unemployed slaves, unleashing social turmoil.

So steam had to wait until the 18th century, and Britain, where cheap mechanized labour promised to make good on the English dream of the commonweal, a republic where every citizen was free, and people shared the wealth around.

Problem was, they already had plenty of cheap labour from African slaves. Eighty per cent of Britain's foreign wealth came from the transport and enforced labour of slaves. For decades abolition was blocked on the grounds that it would destroy the economy. It was the climate change debate of its day.

Despite this rational argument, the commonweal's dream of freedom for all people was slowly extended to all people, until it became a cause celebre, championed by everyone from the deeply conservative William Wilberforce to William Turner in his grim masterpiece Slave Ship.

Emancipation ended up as a chapter in the Great Liberation from life in its natural condition, which by all dentists' accounts was nasty, British and short. Almost simultaneously, steam power transformed the small island into the dominant global culture.

When I was a kid, science was magic. I experienced a sort of spiritual high poring over books about the ocean or the cosmos. Newtonian functionalism, the reduction of the world to machine parts, seemed to impose order on a bewildering world.

I got into Einstein at 13, and tried to impress girls by proving mathematically that as they approached the speed of light their mass would become infinite. In retrospect, this was a flawed strategy.

But the more I pursued science the more it turned into statistics, until at 16 I became depressed by the idea of world-as-machine. As science was absolute, and described the world as it really was, there was no escape, until that summer on Chestermans Beach gave me a new angle on the problem. I began to wonder if science was perhaps some kind of massive cultural projection. Otherwise, why did no other culture come up with it?

And how come Hitler failed to build an atomic bomb before America? He had all the best scientists. But he put the German post office in charge of the project. I guess he thought they were good with deadlines.

All this time I continued to draw obsessively, but the drawings themselves had become suspect. Vast cathedral interiors, brutally detailed, with nobody in them. All context and no subject; background without characters. It was as if the mechanistic world view that oppressed me had seeped into the drawings and rendered them null.

I wanted to draw the characters that lived in this interior world. But as usual, all my ideas for such drawings were evil ones, or at best crazy. I was afraid to let it all out because the world seemed troubled enough.

Perhaps it was the sheer ass-kicking beauty of Chestermans Beach that convinced me to try. They say at the beginning of an adventure you come suddenly upon an abyss. Jump! It might be your only chance.

The duality first made itself apparent while I was shopping for cheese in the Tofino Co-op. I found a block of Havarti that had been forced into its blister pack wrongly, so that the ingredients label ended up over one corner. This distorted the words into what looked like a tiny night club marquee. The Cheese Club. Hmm...

When I got to the checkout there were two lineups of equal length. I stood in one, vaguely imagining what might go on inside the Cheese Club, until I realized the other line was moving twice as fast. So I switched. But a woman with a loaded shopping cart cruised into line ahead of me. So I switched back. Then the till malfunctioned. And so it went, back and forth, until I was in a cold sweat.

After that the world seemed to resolve into a succession of forking paths, or to be made from pairs of opposites, which threw even basic assumptions like free will into doubt. What did it matter if the freedom to choose was always between equal opposites?

Of course, if you order the wrong meal in a restaurant you can always send it back. But if you get off a plane on the wrong continent, you're hooped.