So, what is the real tragedy of the ravenous forest fires engulfing B.C.?

Is it all the formerly green countryside and rich landscapes being turned to ash and cinder by the ferocious flames that have eaten up one B.C. village and are threatening several more?

What about all the ecosystems, home to billions of animal, plant and insect species, that make up the biosphere on which we depend for our very existence? What are we going to do? Pack up and move to California? It’s burning too.

What about the fact that these horrific fires follow on the heels of the pine beetle plague that’s eaten up the rich forests of the central interior? The economy of that area was already hurting. Now it’s going to hurt a lot more because there will be even less commercial grade timber left to cut.

By the time this dreadful summer is over there will be a lot more questions that need answering, not the least of which is going to be: Can our woods survive a “business as usual” approach?

Or is it time for a “paradigm shift” in forest management, as advocated in the B.C. government’s strategic old growth management report that Premier John Horgan has largely ignored ever since it came out more than a year ago.

For over a century, B.C. forests have been managed for profit with only a token effort to ensure the longevity of the resource. But the report, written by two professional foresters, said forests should also be managed for environmental values, such as preserving ecosystems and boosting biodiversity as well as flood control, purifying our air and water and sequestering carbon to fight climate change. 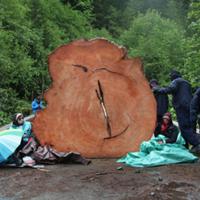 Horgan has been choking on these recommendations ever since by refusing to end old-growth logging and only saying that cutting the last of the old growth will be “deferred.”

Not surprisingly, Horgan’s critics have said a resounding “no” to that and continue blockading old-growth logging at Fairy Creek on Vancouver Island and Argonaut Creek north of Revelstoke. The courts have backed the government’s side, and hundreds of protesters have been arrested at Fairy Creek. The RCMP have paid two visits to the Argonaut Creek blockade.

But I don’t empathize with our intransigent premier who doesn’t realize where logging should end and conservation should begin.

All Horgan cares about is the support he gets from his base — big timber corporations and big labour. Don’t kid yourself. Horgan’s NDP is not the environmentally minded NDP of old.

There was a time when the BC NDP were in the vanguard opposing megaprojects like Site C and the dozen or so LNG projects once mooted by former premier Christy Clark. But once elected with a majority and not propped up by the Green party, Horgan has shown his true colours, reversing his position on Site C and taking a serious look at LNG again regardless of environmental issues. 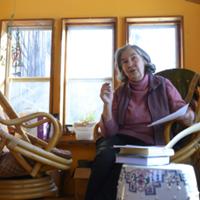 Speaking for the Old Growth

From the Pacific Ocean to the Rockies, they once covered our wonderful province like a warm green blanket giving sustenance to all who live here. But from the time the first colonizers arrived, they used and abused our land like there was no tomorrow. Figures vary, but it’s now generally agreed that only five per cent of our original ancient old growth is left. What a tragedy! And now they’re coming for the last pitiful five per cent of our once magnificent forests. Don’t let them have it!

Horgan is playing a cynical political game with all of us. The forests of B.C. are owned by the Crown — the public — and First Nations.

We never gave them social licence to clear cut the last of B.C.’s ancient old growth.

Horgan is peddling is another version of “talk and log,” the mantra for cutting the last old growth before the rubes realize it’s gone. The forest companies get another decade in business before the whole industry collapses out of its own greed.

Don’t let them get away with it.