After a 26-month wait, the Nuu-chah-nulth are celebrating a B.C. Court of Appeal ruling released Monday that found the federal government has infringed on their commercial fishing rights in many ways.

Nuu-chah-nulth fishermen had been quite wealthy when they were able to fully exercise their way of life. But then their allocations were cut, and many were forced to stop fishing as they couldn’t make enough money to run their boats and crews. Today, there are few Nuu-chah-nulth who have boats and licences, and these will now be restored.

In recent years, the Nuu-chah-nulth have lobbied the federal government hard to gain full access to all species of their commercial and domestic fishery and to fully exercise their rights. As one tool, Nuu-chah-nulth tried to negotiate commercial fisheries at the treaty table, but to no avail. Their economy was deeply affected.

Thirteen Nuu-chah-nulth Nations started a court case in 2003 to prove their right to a commercial fishery, but the federal government asked the courts to not allow all the nations to participate in the case unless they had worked out overlapping ocean territories, and the courts agreed to this in 2007. The number of nations that were able to proceed with the litigation was five: Ahousaht, Ehattesaht, Hesquiaht, Mowachaht/Muchalaht and Tla-o-qui-aht. The case has become known as Ahousaht et al vs. R.

These warriors took to their canoes and started on a litigation journey that lasted well over 12 years. Such a journey benefited all Nuu-chah-nulth and other coastal First Nations who rely on the ocean for their livelihood.

In a Nov. 3, 2009 ruling, Madam Justice Garson found the Five Nations had a commercial right to all species, except the geoduck fishery. This was appealed to the B.C. Court of Appeal, which upheld the right, and then the federal government appealed to the Supreme Court of Canada, which denied the appeal.

The courts had ruled that the Five Nations must negotiate with DFO on what their commercial fishery would look like. The court gave two years to negotiate. But they could never reach agreement, and DFO provided little allocation to the fishermen and placed many restrictions on how they could fish.

In 2018, the Five Nations brought another case to the B.C. Supreme Court, stating that DFO was infringing on their right to a commercial fishery that had been affirmed in 2009.

The justice hearing that case, Madam Justice Mary Humphries, limited the right declared in 2009 by describing the fishery as artisanal and local and said that only small boats could be used with no technology. The Five Nations appealed, and the Court of Appeal heard the case in early February 2019. Yesterday, that decision was finally released.

Some of the main points from the B.C. Court of Appeal which Nuu-chah-nulth considered a win are:

1. Any limitations that Justice Humphries ruled were not accepted (artisanal, small boat, no technology, etc.) The court said the justice had no right to limit the rights out as set out in the 2009 decision, nor could she expand on the right.

2. Allocations to all species, such as salmon, crab, groundfish and prawn must be negotiated between the Five Nations and DFO, and their consent is needed.

4. That Canada’s general regulation and management of the regular commercial fisheries unjustifiably infringes upon the Five Nations right to have and sell fish, by enforcing rules such as having one commercial fishing licence per vessel, having all fishing vessels registered, having to pay licence fees and the cost of obtaining licence and quota to exercise their rights, having to hold one licence per species, that the Five Nations cannot split and transfer licences or split quota, and that limited entry licencing is based on vessel length and catch history.

All of these things were ruled to be infringements on the Five Nations rights, as that is not how they exercise their rights.

This decision benefits not only the Five Nations, but First Nations across Canada. Immediately within the Nuu-chah-nulth Nation is the Maa-nulth. The Maa-nulth Final Agreement includes a “Me Too” clause, which allows them to benefit from this decision.

The Five Nations do not want more court cases and appeals; they want their fishermen on the water, making a living from the oceans as their ancestors did and as they should have been doing all these years. 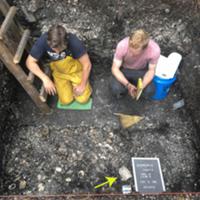 The Five Nations are very happy that the Court of Appeal recognized their important relationship to the fisheries within their territories and that trading in fish was done historically, and it was key to their existence and economy.

Sustainability and viability of the fishery also plays a part in this case, as is noted by the court. This right to a commercial fishery is second only to conservation and something Nuu-chah-nulth take seriously.

Today, the Five Nations have triumphed over DFO, but why did it take all these years to achieve? Constitutional rights should never be denied by Canada.

It is time for DFO and Canada to wake up and work with all Nuu-chah-nulth and other First Nations in the spirit of reconciliation and UNDRIP, and it is time for First Nations to retake their place in the fishing industry and make their living from the waters in their territories. The right to a commercial fishery can no longer be denied, nor will Nuu-chah-nulth be defeated.