GEEK OUT ON THE MAP AND GUIDE

We're about to get geeky about the B.C. Election Map and Guide for a moment, so bear with us. Text is written by The Tyee reporting team (including data mining help from Joel Barde, Rachel Bergen, Sebastian Salamanca, Emma Smith and Jimmy Thomson), with technical bits pulled together by Phillip Smith, The Tyee's long-time data and technology nerd. The map is powered by Leaflet.js, an open-source JavaScript library. The riding boundaries, riding lookup service, and the information about elected representatives are provided for free by the fine people at Open North via their Represent web service. The rest of the data arrives via a Google Spreadsheet (the equivalent of Excel, but with the option to have many people editing simultaneously) that is updated by the reporting team, and The Tyee's own application programming interface (API) is used to fetch riding related stories. The entire site is responsive, meaning that it works on tablets and phones very nicely (thanks to Twitter's Bootstrap framework).

Still have questions about how it works? You can find all of the code on Github. 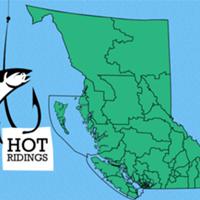 Tick. Did you hear that? One more month until B.C.'s election day. It's been a few weeks since the provincial legislature closed its doors for the last time this term, and tomorrow the writ drops. What's the writ, you ask? Allow Tom Barrett to explain.

Seems like a fit time for a quick update on some Tyee election resources to check out, and a bit of what we've got in store over the next few weeks.

Have you checked out our B.C. Election Map and Guide yet? It includes a riding-by-riding breakdown of fast facts, background details, and candidates as announced. We're working to keep it up to date with all the information we can find, as quickly as we can find it. But we may have missed a thing or two as candidates announce themselves -- or change their Twitter handles for campaign season, for example -- and we welcome your corrections and additions here.

We also recently pulled out all the candidates into a quick searchable list which links to their social media contacts. We highly encourage you to pester the contenders in your riding on issues that matter to you.

In case you missed it, last week Tyee election reporter Doug Ward picked our top 10 ridings to watch, which included likely swings, those with hot contenders, or potential history-making regions. It's currently our most read story. Tyee legislative bureau chief Andrew MacLeod then delved into the race in Oak Bay-Gordon Head. one of the picks on our top 10 list. We'll bring you further reports from more of those ridings in coming weeks.

In addition to covering this year's campaign, this week we launch the first of a series of big issue explainers -- retrospectives by Tyee reporters on some of the more controversial issues in the province, like BC Rail, independent power producers, Northern Gateway, the HST and more. What's happened on these files over the last decade plus of Liberal governance? Consider these explainers an antidote to media and political amnesia.

Also this week we launch a series we're calling "Some Honourable Members," though it could be called "Vignettes of Shame." Veteran B.C. reporters Tom Barrett and Tom Hawthorn team up for these reports, which harken back to some amazingly awkward moments in our province's political history and perhaps offer lessons -- and warnings -- to the government of tomorrow. Who will Barrett and Hawthorn decide merits their scrutiny? The series kicks off Tuesday and runs through to election day.

We'll also unveil our political team's "projected to win" calls for each B.C. riding over the next week or two, and we'll announce them on The Tyee Election Hook.

All that's left to say is a big thanks to you, Tyee readers, for the contributions you made two years ago to our provincial election reporting fund and for your ongoing readership.

Here are a few more ways you can impact our election coverage:

Be our eyes and ears on the ground in your part of the province. Add your election-related photos to Your BC: The Tyee's Photo Pool. Tag them BC Election 2013, and we'll do our best to profile them on the site.