[Editor’s note: This is an abridged version of a story that first appeared in our pop-up election newsletter, The Run. View all the previous issues here.]

Five weeks, $600 million and one painful English-language debate later, we’re back where we started: a Liberal minority government led by Justin Trudeau.

A lot has happened since the 2019 election. Tens of thousands of preventable deaths. A massive transfer of wealth from workers to corporations. The confirmation of unmarked graves of Indigenous children at numerous church and state-run institutions. And the continued unravelling of both our climate and mental health.

The message back to our ruling class last night seemed to be: meh.

But this otherwise time-wasting exercise did offer a glimpse at the deep, underlying problems reshaping Canadian society, even as our political parties struggle to imagine or implement solutions.

And it hinted at a couple of paths our democracy could take — from the inchoate rage of the far right, driven by fears about vaccine mandates to the collaborative, movement-driven campaigns built by climate and social justice activists who saw this as the moment to jump into electoral politics.

The truth is the material conditions of life are eroding for millions of Canadians on all sides of the political spectrum. Wages are stagnant while housing prices soar. Thousands of our friends and family members are dead from COVID-19 and from the poisoned drug crisis.

If you’re Indigenous, Black or mentally ill, your risk of being hurt or killed by the police is worse than before the pandemic. If you’re disabled or elderly, you now have to add deadly heat waves to your list of worries. These are not rules of nature. These are policy failures. New laws or government spending could fix most of these problems.

Instead, our elite bubble of policymakers and media figures try to maintain a dream world that no longer exists. They talk about getting “back to normal,” offering young people 30-year mortgages and pumping oil into the 2060s.

Faced with the gap between the struggle of real life and the fantasy marketed by most politicians, we have a few choices. One is to give up on what’s left of our democratic process. But that means even less oversight for the corporations wringing profit out of our communities. There’s a reason they invest heavily in voter suppression in other countries.

Another option is to get really, really angry and try to channel that into politics. The People’s Party tried in this election, recruiting vaccine skeptics across the country and feeding voters a heavy dose of anti-immigrant hatred and climate change denial. It didn’t translate into an electoral breakthrough — this time.

I do think the Left needs to get more comfortable with anger. We need to talk to people who are being crushed by colonialism and capitalism, offer a credible explanation for their pain, and give them the tools to fight back politically.

But the People’s Party offers a warning. Maxime Bernier’s political project is less a movement than a collection of terminally self-absorbed individuals — some even willing to block ambulances in the name of personal liberty. Ultimately, though, you can’t build a better world out of a swarm of aggrieved loners.

Progressives can also fall into the trap of thinking of politics as an act of individual self-expression. That’s part of why voting can feel so pointless: mathematically, it’s true that your voice is unlikely to be decisive, under first-past-the-post or any voting system. Instead, we need to think of elections as milestones in a larger, collective mobilization. 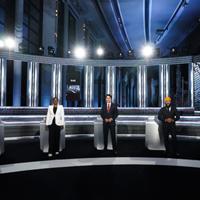 The Election Issue That Wasn’t

Last night we got a snapshot of who holds power in Canada in 2021: billionaires, banks and oil companies, telecom empires that own media outlets, police departments. But that doesn’t always have to be the case.

There’s a growing appetite, evidenced by interest in The Run and dozens of other independent media projects, for more satisfying explanations of the forces shaping our society and economy.

And we got a glimpse of what politics could look like, in a few places where social movements worked collectively to elect organizers and activists like Blake Desjarlais and Mike Morrice. At the time of writing, Anjali Appadurai and Alejandra Bravo were in races too close to call — but whatever the outcome, they built extraordinary grassroots campaigns.

I think there are millions of Canadians, many of them young people, who are ready for a politics driven less by targeted tax credits and individual fears, and more by a vision of the society we actually want to live in, together. That will require organizing: taking part in something bigger than ourselves.

Much of that work will take place outside of parliamentary politics — in unions, schools and social movements, through mutual aid, direct action and solidarity work. Until, of course, the Liberals try for a majority again and trigger another election. I’ll see you back here when they do. 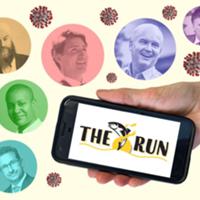 Portrait of the far right: Who are the PPC supporters, and what do they believe? Polling shows 84 per cent say “we are on the verge of a revolution in our society to take our freedom back from governments who are limiting it.” This election result seems unlikely to defuse far-right anger at Trudeau.

Barriers to voting: Official voter turnout numbers will take a while, but it doesn’t look good. Faced with a snap election, Elections Canada curtailed on-campus voting, eliminated many polling locations in some ridings, and didn’t provide anywhere to vote on election day for some First Nations.

So long, Annamie: The Greens held Elizabeth May’s riding and picked up Kitchener Centre. Paul Manly most likely lost his seat in Nanaimo-Ladysmith, while the party failed to recapture Fredericton. Green Leader Annamie Paul finished a distant fourth in her own riding. It’s hard to imagine she’ll stay at the helm for long.