Amid the thrust and parry of election season, British Columbians might have been confused by the seeming agreement of the three major political parties on a critical issue. On the campaign trail, the BC NDP, Liberals and Greens all promised to make the province a leader (again) in fighting climate change.

Of course, the devil was in the details — differing platform commitments on liquefied natural gas development, pricing carbon pollution and climate targets, for instance. The parties did find common ground on the importance of retrofitting homes and other buildings, expanding electric vehicle charging infrastructure, and investing in clean tech.

With the climate plan currently in place, B.C. already has a vision for a prosperous, clean economy and a strategy for transitioning from fossil fuels to renewable energy and reducing our climate pollution. With its newly won majority, Premier John Horgan’s NDP government should build on this plan, which will help position the economy to withstand future global disruptions. The pandemic has made it clear that our health, economy and environment are intricately linked.

Nevertheless, under the current plan, B.C. is still forecast to miss its legislated climate targets in 2030, 2040 and 2050 by a significant margin. We’ve identified three outstanding issues that the B.C. government needs to address with an enhanced climate plan.

1. We need to chart the course to net-zero emissions by 2050

Canada has set a target of achieving net-zero emissions by 2050; B.C. should follow suit. Indeed, on the campaign trail, the NDP promised to legislate a net-zero target for 2050. Signalling a long-term goal to eliminate carbon pollution from B.C.’s economy within the next 30 years means all policies, programs and investments in projects must be compatible with a net-zero future.

There is no wiggle room in B.C.’s carbon budget for any new large emission sources, such as new liquefied natural gas plants, that increase B.C.’s carbon pollution. To do our part to help the world avoid the worst impacts of climate change, B.C. too must decarbonize by 2050.

2. We need more information to evaluate the effectiveness of our climate policies

The Climate Change Accountability Act was amended last year to mandate public reporting of B.C.’s progress to meeting its climate targets. Until we see the first report under the updated act — expected this fall — we won’t have a clear picture of where these policies will land us in 2030. Moving forward, comprehensive annual reporting is needed for British Columbians to see if what we’re doing is succeeding at bringing carbon pollution down and to course-correct as required.

Annual reporting is also essential for tracking the impact major projects have on B.C.’s carbon pollution levels as they come online. We simply can’t afford to keep missing targets for reducing carbon pollution. We can’t afford it now, and future generations will not stand idly by as we pass the buck on to them. 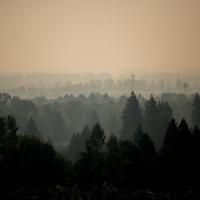 BC Needs a ‘Wartime Approach’ to the Climate Emergency. And Now

Once fully implemented, B.C.’s climate plan is officially projected to get us 75 per cent of the way to our 2030 target of reducing carbon pollution by 40 per cent from 2007 levels. However, the real figure may fall short, making the timely release of the first accountability report that much more important. We must have a robust plan to close the gap and achieve the 2030 target — and it must be part of a longer-term strategy to flatten the carbon pollution curve by 2050.

B.C.’s leadership on climate action is one of our crowning achievements. We need to build on B.C.’s climate plan, and not reverse course on any of its cornerstones, such as carbon pollution pricing.

As it tackles the economic recovery, the B.C. government can address the urgent and emerging health and employment needs of British Columbians — while growing the clean economy and making progress on our climate commitments. If we get the recovery right, we can create jobs and economic activity in the short term and set B.C. up for long-term success in the decarbonizing global marketplace.

Surely, these are outcomes the parties — and British Columbians — can all agree on.