The first cracks in the BC Liberal coalition were about abortion, as two MLAs broke ranks on the issue.

BC Liberal MLA John Rustad recently used Facebook to criticize the NDP government’s law requiring all vehicles sold after 2040 to be zero-emission.

A nice idea, he wrote, but there won’t be enough electricity. (Though BC Hydro disagrees). And transmission capacity would need to be expanded, which Rustad speculates could cost “hundreds of billions of dollars.” Again, BC Hydro isn’t worried.

Rustad, from a large northern riding, also cited the limited range of today’s electric vehicles and the loss of revenue from gas taxes. (A somewhat surprising position given his general concern that taxes are too high.)

But one leapt out. Mark Marissen — a long-time federal and provincial Liberal key player from Vancouver — chided Rustad.

“You will recall that Mary Polak promised this by 2050 and the Liberals’ last Throne Speech promised something along these lines for the Lower Mainland and South Island by 2035,” Marissen commented. “This is also the goal of many countries throughout the world.”

In fact, the BC Liberals 2017 throne speech — admittedly a desperate and shambolic attempt to cling to power — promised an “ambitious emissions-free target for all new non-commercial vehicles in Metro Vancouver by 2035.”

And as Marissen noted, then energy minister Mary Polak signed an international agreement in 2015 committing British Columbia to ensure all new vehicles sold by 2050 would be zero-emission.

“Campaigning against this makes the BC Liberals look out of touch,” Marissen warned. “Please take this into account when writing these posts.”

And there’s the rub for the BC Liberals. Rustad champions, from a conservative perspective, what he sees as the interests of the province’s north and Interior. Marissen represents the urban, federal Liberal wing of the party. (I’m always interested in the perspectives of both.)

The two factions — and the many other groups sweating within the BC Liberals’ “big tent” — mostly get along. The leader’s office tells MLAs what to say, and they fall into line. (See Andrew MacLeod’s Tyee story on George Abbott’s look back at his time as a cabinet minister.)

But the uneasy coalition is always at risk of fracturing. And climate change is the kind of issue that could increase divisions, especially with a weak leader and the party’s poor performance in the polls.

Rustad is a “yes-but” skeptic, and not the only one in party ranks. Electric vehicles are great, but not now. A carbon tax could help, but not this one. Climate change might be an issue, or not. 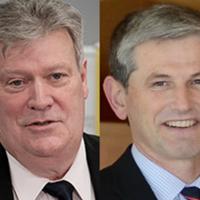 Are We Seeing the First Cracks in the BC Liberal Coalition?

A few days before the post attacking the government’s action on vehicle emissions, Rustad shared an October article claiming the Earth was cooling, not warming. The source was the New American, a publication of the U.S. far-right John Birch Society. 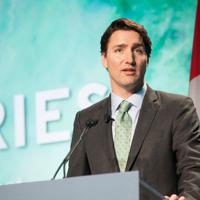 The claim had already been proved false.

BC Liberal leader Andrew Wilkinson is incoherent on the carbon tax, but the party has generally accepted the fact that climate change is real and a serious threat. (While doing very little.)

The problem for Wilkinson, as Marissen notes, is that Rustad “makes the BC Liberals look out of touch.” The most recent Angus Reid poll found 42 per cent of British Columbians considered climate change and the environment the most important issue facing Canada, far ahead of any other.

But Rustad’s Facebook posts and Wilkinson’s comments on the carbon tax show they don’t see climate change as a real problem, or at least one that requires action.

Meanwhile, the NDP government has implemented planned increases to the carbon tax and opposed the Trans Mountain Pipeline expansion. (Though it did approve LNG Canada, a significant carbon emitter.)

Political parties and governments have so far been able to offer up a few platitudes and gestures while avoiding any action. The federal Liberal government illustrated the approach beautifully by declaring a climate emergency and then approving the pipeline expansion.

But the effects of climate change are increasingly clear, and the warnings of disaster are being heeded by more and more British Columbians.

Which, as Marissen warned, means the BC Liberals risking driving away voters by appearing out of touch on such a critical issue.