Leaders of the NDP and Green Party said their MLAs would vote against the British Columbia throne speech, even if it sets out an agenda drawn largely from their own platforms.

Read in the legislature by Lieutenant-Governor Judith Guichon, the speech is written in the premier’s office and sets out the government’s agenda.

The BC Liberals won 43 of the legislature’s 87 seats in the May election, giving the party the most seats but not enough to win a vote over the combined 41 NDP and three Green MLAs. BC Liberal leader Christy Clark remains premier until she resigns or loses a vote in the legislature.

“Your government presides in this chamber as the party with the most seats, but not a working majority,” the speech said. “Your government has listened and is presenting an agenda not exclusive to one party, but one that includes ideas from all British Columbians that members from all three parties carry into this place.”

Clark and the Liberals had signalled ahead of the speech that it would include promises for increases to social assistance payments and childcare that went beyond what she’d promised during the election campaign and that would be more in line with her opponents’ platforms.

The NDP MLAs would vote against the speech, Horgan said. His party will seek a confidence vote as soon as possible, which could be as early as Monday, he said.

“You can’t erase a 16-year record of increasing costs for people, reducing services for those very same people, continuing to take massive amounts of corporate money, continuing to exist as a government that was detached from the people of this province,” he said.

The BC Liberals have lost touch with the people of B.C. and don’t reflect what voters want, Horgan said. “You can’t change after an election. You have to change before an election.”

Green Party leader Andrew Weaver said all three parties now agree on issues like the importance of childcare and that it’s time to raise social assistance rates. “This is a time we can work together like never before to actually put British Columbians’ interests first and foremost,” he said.

Still, the three Green MLAs would vote against the speech, he said.

“Ultimately it’s a question of trust,” he said. “Do you trust those who spent the last two years essentially developing the policy and platform and campaigning on them? Or do you trust a government that suddenly in the eleventh hour... changes its opinion? That lacks principle.”

Highlights of the speech included: 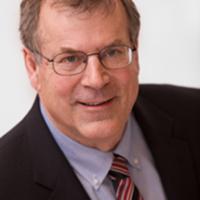 According to the speech, “It is submitted with humility and openness to change.”

Clark said the speech reflected what the government heard from voters in the election.

“It’s a throne speech for the very unique times we’re finding ourselves in in B.C.,” she said. “The responsibility of a government is to listen to the message people send us when they vote.”

The BC Liberals can offer stability while balancing economic, environmental and social priorities, she said. “The core principles of our party... are front and centre still,” she said, including building a strong economy, low taxes and avoiding deficits.

The government can afford to commit to more spending than Liberals thought would be possible during the election campaign, she said. “The province is in way better shape than we expected it to be.”

Asked about the large number of policies the government had adopted from the NDP and Green Party, Clark said, “All parties have good ideas.”