For former B.C. cabinet minister George Abbott, who graduates today with a PhD in political science, the first years after the BC Liberal Party formed government were easily the lowest in his long political career.

“I really didn’t enjoy the feverish pace of change,” said Abbott, who held elected office for more than three decades, including 17 years as an MLA and a dozen as a cabinet minister. “I didn’t enjoy the obligatory 35-per-cent budget cut that we attempted to put in place in a socially sensitive ministry. In short, it is resoundingly my least favourite period.”

Abbott’s dissertation for the University of Victoria degree, Prescription Before Diagnosis: The Dynamics of Public Policy Construction in the BC Liberal New Era, 2001-2005, reflects on that first term under then-premier Gordon Campbell. Abbott began the Liberals’ first term as minister of community, Aboriginal and women’s services.

Abbott, who ran unsuccessfully for the party leadership in 2011, was hesitant to revisit the time for his thesis.

“I was not initially enthusiastic about a deep dive into the topic,” Abbott writes in the 225-page document that he now hopes to turn into a book. “Happily, my committee convinced me that all the misgivings I nursed about the New Era made telling the story all the more important.”

Abbott explains how the government’s decision on its first day in office to make a “dramatic” 25-per-cent cut to personal income tax rates dictated its path for years to follow. The reduction created a massive hole in the budget that inevitably led to service cuts, often with damaging results.

Abbott writes that the pressure to cut spending affected his ministry.

“The drive for smaller government through cuts that were ‘bigger, faster, and deeper’ created the constant danger of moving, as one official put it, from ‘out-of-the-box thinking to out-of-your-mind thinking,’” Abbott writes. “The constant demand to produce more with less brought frequent invocation of Green’s Law: ‘Anything is possible if you don’t know what you’re talking about.’”

And the process was closely watched by the premier’s office.

“No entity or program was too small nor too politically sensitive to escape scrutiny,” Abbott notes. “Failure to act on the smaller government imperative was viewed as failure to show courage and commitment to the Campbell team.”

To put the New Era in context, Abbott draws on academic literature, particularly the late professor Christopher Pollitt’s work from the United Kingdom on public management reform, as well as accounts from the time published by The Tyee and other news outlets, the Canadian Centre for Policy Alternatives, the Fraser Institute and others.

“Although the tax cut was undoubtedly popular among many British Columbians, few fully understood the fiscal repercussions that would follow,” Abbott wrote. “Cautionary advice was dismissed and tax cuts quickly translated into a $4.4-billion deficit and deep expenditure reductions for ministries other than Health, Education, and Advanced Education.”

Since the three protected ministries made up 70 per cent of the province’s budget, deep cuts had to be made in the resource and social ministries that make up the rest of provincial spending.

Abbott goes into detail with chapters on what those cuts meant in three ministries: community, Aboriginal and women’s services; human resources; and children and family development.

In the case of the children and families ministry, where the impact was perhaps most dramatic, the focus became on reducing the caseload. That eventually led to news stories about the deaths of children and the failure to review many of those deaths, and a report by Ted Hughes that traced the issue back to the 2001 budget cuts.

In Abbott’s account, the Liberals’ 2001 campaign promises to maintain and improve services were trumped by tax cuts and fiscal commitments.

“When the generous vision for children and families embraced by the New Era document proved incompatible with the twin imperatives of tax cuts in 2001 and a balanced budget by 2004, the vision succumbed to those political imperatives,” he wrote.

“Unfunded cost pressures proved a recurrent challenge across the New Era and demonstrated one point conclusively: demand for services may rise or fall for any number of economic, demographic or social reasons, but concern for a finance minister’s balanced budget will not be among them.”

The cuts had not been promised during the 2001 campaign and in Abbott’s words the BC Liberals had in fact run on a platform that “aimed to be all things to all voters.” It promised both tax cuts and ambitious programs.

But when tax cuts failed to pay for themselves by stimulating economic activity and ultimately raising government revenues, as Campbell had argued they would, ministers found themselves having to reduce spending.

Abbott considers whether Gary Collins, the finance minister of the day, and Campbell deliberately created the conditions that would require spending cuts. While he finds some evidence for that, he also concludes it “became a far greater conflagration than its authors anticipated.”

Collins, now an advisor with a financial firm and a director for various companies, didn’t respond to an interview request.

Abbott’s observations are particularly damning as they come from someone who sat at that cabinet table, and later served in senior positions.

“I think some people will be surprised that I’m as blunt as I am,” Abbott said in an interview, adding that his account is a cautionary tale for politicians everywhere. “I think governments should be extraordinarily cautious before launching any tax cut that in an adverse economic shift will produce drastic cuts to public programs.”

The tax cut, despite its large impact, was never debated in cabinet, Abbott said. “There wasn’t a lot of opportunity to say anything at the time. It was a done deal on day one.”

He acknowledged some people would ask why there wasn’t more public dissent from him or others inside the government. Abbott said despite his misgivings and belief that a more modest tax cut would have been wiser, he chose to remain optimistic, work hard and hope for the best.

Abbott’s academic supervisor at UVic was political science professor Colin Bennett. “It was a great pleasure to supervise his thesis and to get him through to completion,” Bennett said.

“It’s very, very difficult for somebody to come out of a hard job like that, working all hours as a minister, as a public servant, and then immerse yourself full scale into a PhD program,” he said. “That’s something that very few public servants actually achieve.”

Bennett said the passage of time and exposure to academic literature on public policy making gave Abbott the perspective he needed to reflect dispassionately on his experience in office. “He draws upon that literature to try to make the argument that they drew the wrong lessons at the wrong time from the wrong people.”

The first-term Campbell government looked to jurisdictions like New Zealand and Ontario to legitimize and reinforce decisions that had already been made instead of looking objectively to see what they could learn, Bennett said.

“That kind of approach to policy making where you slash taxes first and then you try to cut in order to catch up with the budget deficit that would inevitably occur, actually B.C. was one of a very few jurisdictions who tried that kind of aggressive approach, I think,” Bennett said.

“I think it serves as an interesting example of a particular period of thinking in the West, and how those theories impacted a relatively small jurisdiction with limited public expenditures and tax base,” he added.

And while the ideas that B.C. acted on in the early 2000s might someday come back into vogue, governments in Ontario, Alberta and other provinces don’t seem to be headed down the same path. “I think the infatuation with that kind of aggressive neoliberal politics is perhaps past,” Bennett said. 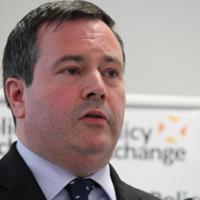 Evert Lindquist, a professor in UVic’s school of public administration, was on Abbott’s supervisory committee.

“It’s always wonderful when a practitioner, whether they’re a politician or a senior executive in public service institutions, decides to write a dissertation or a book on their experience because they have insights like no one else,” Lindquist said. “They become voices in effect for a whole cadre of people who have had those experiences.”

Abbott had a unique vantage point as a minister during a time of rapid change when there was heavy pressure to deliver on the government’s competing goals, Lindquist said. “There have been studies out there, written by academics usually, that have looked at big change processes of this kind, but very, very few have come from the pen of a minister or former minister.” 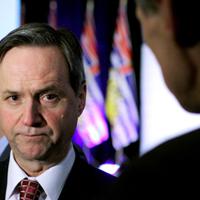 It provides a rare glimpse into the decision-making process and makes it clear that not everything was calculated in advance, that even as decisions were made there was more to learn.

“In this case the changes were serious,” Lindquist said. “Any government that’s trying to undertake what I would call a comprehensive, transformative change, and really to move not only policy but also a public service institution in a new direction, can only benefit from reading a dissertation like this.”

Abbott too hopes that what he learned can be useful for others. “Continuing education and mentoring are commonplace for public servants, but far less so for politicians,” Abbott wrote. “The latter are expected to arrive in office fully formed and wholly equipped for their roles, having convinced their electors that they and their party have ‘all the answers’ to the problems of the day.

“Alas, the New Era demonstrated that politicians are not immune to periodic miscalculation and misjudgment. I hope current and future politicians and public servants may learn from misadventures of the past and benefit from my retrospective reflections and analysis.”