Asked to imagine how we might solve the crises of climate change or inequality, it’s not the first solution that comes to mind.

But our public services are among the most effective ways we have to build communities that are vibrant, green and inclusive. That’s the message of The Future is Public, a conference taking place in Montreal in mid-June with coast-to-coast and international participation.

There’s a good reason why this role of public services isn’t immediately obvious to many people. We’ve been beset by decades of corporate propaganda that tells us public services are inefficient and irrelevant. That our lives will be improved not by government, but by private businesses.

But our public services — transit, schools, post offices, waste disposal, clinics — are key to effectively addressing the social and environmental crises that mark our era. Most importantly, the workers who provide these services are among the best placed to lead the shift toward a more sustainable and equal world.

From solar panels above classrooms to clinics within walking distance in every neighbourhood, there are thousands of ways public services can — and already do — shape our daily lives to be better for the climate and more healthy and enjoyable for all. Public sector workers are at the forefront of many of these transformations, but some have started thinking even bigger as well.

Postal workers, for example, are leading the charge to transition Canada Post away from fossil fuels and demanding moves toward a zero-carbon postal network. If they are successful, the move would have effects far beyond the postal service — it would drive change in the entire logistics sector.

Considered broadly, most public sector jobs are climate jobs. When we build green infrastructure, clinics, schools, rail lines and long-term care facilities, we improve quality of life while shrinking our environmental footprint. By harnessing the creativity of public sector workers and the power of public services, we can drastically reduce emissions.

Remunicipalization campaigns — bringing privatized services back in house — are reversing privatization and using public services to address climate and social crises in myriad ways. Around the world, cities like Barcelona, Preston in the U.K. and Cleveland in the U.S., are leading the way. They are using public services to address social and environmental issues, and leveraging hospitals and universities to develop farms and worker-owned co-operatives.

We could do all that too, and not just in a few cities.

For years we’ve been told that there’s no money to afford the public services we have, let alone expand them. But evidence shows that public services deliver more for less in the long term, and the only thing that’s really lacking is a willingness to redistribute the great wealth that is being created.

Taxing the wealthy and profitable corporations to invest in public services is one of the best and most productive ways to share society’s wealth. Money that would otherwise go to offshore accounts, private jets and sprawling summer mansions instead goes to jobs with living wages spread evenly through communities across the country. Services directly contribute to everyone’s quality of life and workers spend their living wages locally, creating a cascade of economic benefits.

Equality between genders is boosted by the expansion of public sector jobs. While there’s much work to be done, the pay gap between women and men is significantly lower in the public sector. This is partly because of higher rates of unionization and effective political action in favour of pay equity and reforms like maternity leave that workers have fought for and won.

And while all migrants who live in Canada pay taxes, many are not allowed to access public services. This creates a vulnerable underclass that is economically exploited for the benefit of business owners. Campaigns like Solidarity City have worked to ensure access to services for all on a “don’t ask, don’t tell” basis — don’t ask for immigration status, don’t share information with federal authorities. A movement to expand public services and ensure that they are truly universally accessible is a key way to fight against the exploitation of the most vulnerable.

Public banking is a powerful way to boost economic equality. Canada’s “Big Five” banks pull in billions in profits each year, partly because their customers pay some of the highest bank fees in the world. They also go to great lengths to avoid serving low-income customers, driving business to usurious payday lenders (while, in some cases, investing in those lenders).

Postal workers have proposed the reinstatement of a postal bank, and a bill to do the same thing in the U.S. is currently being debated. It would serve urban and rural clients by leveraging Canada’s vast network of rural post offices in areas where profitable banks are rapidly closing their branches.

Public banking opens up enormous possibilities, like low-interest loans for energy-efficiency retrofits or green power generation, sparking a tide of green jobs. While Canada’s Big Five banks are content to invest in fossil fuel extraction and arms exports, a public bank could put wealth to work in the public interest — and for the future of the planet.

Payday lenders aren’t the only ones who place a disproportionate burden on the poor. The North West Company operates stores in remote Canadian communities, selling basics like a litre of orange juice for $20. And while Canadians pay some of the highest fees in the world for mobile phone service, remote communities often pay an additional premium for slow service at best. A public option for internet service, as well as a restoration of food mail, a program that allowed northerners to order food from the south with affordable shipping rates, are additional ways to use public services to achieve social and economic equality.

Renewed investments in public services could facilitate a large-scale redistribution of wealth, but they’re also a precision instrument that can, with the right democratic mechanisms, reshape every aspect of our economy.

Beyond Reconciliation with Indigenous Communities

Indigenous peoples are building more resilient and sustainable economic models — when they’re not fighting for basic rights, education and health care. Public services — controlled by communities and nations — can help reverse poverty imposed by residential schools and land theft, and lay the ground for a respectful, mutually beneficial relationship with Indigenous nations.

Indigenous nations in Canada have been profoundly neglected when it comes to investment in public services, and it goes far beyond access to essentials like clean water. Students in First Nations get an estimated 30 per cent less per student in funding. Child welfare advocates filed successful human rights complaints to pressure the federal government to fulfill its funding obligations.

Indigenous nations have not benefited from investment in public services that drove local economic development in the rest of Canada in the 1960s, ’70s and early ’80s.

While leaders in Métis, Inuit and First Nations governments are often stuck dealing with endless crises and fighting for basic dignity, there’s no reason why Canadians can’t demand better. Sustained investment in education, health, housing and other services in Indigenous communities — in a way that breaks with the government’s paternalistic approach and dispossession agenda by giving control to those nations’ governments — could be a tool for a true form of reconciliation.

The immediate benefits would include a decrease in economic inequality and new space for healing the traumas of colonization. Investment in public services within a framework of Indigenous sovereignty could strengthen cultural and language resurgence and fund new forms of economic development that don’t rely on destructive extraction.

Perhaps most importantly, the political power of thriving Indigenous nations could reshape the economics of the vast lands within Canada’s borders. Too often, communities are forced to choose projects that spell environmental devastation in order to address extreme conditions of poverty.

Instead of choosing between poverty and temporary relief through jobs in oil and gas extraction and land-scarring mega-mines, Indigenous communities with an economic base of properly funded public services could fight for better environmental regulations and develop sustainable economic models that plan for the long term.

Alternatives are already being developed by Indigenous communities, but economic stability would strengthen land defence and these experiments with sustainable forestry and green power.

Returning power to those who know beyond a doubt that their great-grandchildren will be affected by their planning and development choices isn’t just our legal and moral obligation — it will ultimately benefit everyone.

Today, when people look at public services, they don’t always see a reflection of their needs and priorities. That can change, and giving workers and communities more power is the way to do it.

Public services were won as part of a grand social compromise. Social movements gained health care, public broadcasting and many other services, but in some cases powerful players have kept tight centralized control over their administration. Today, party loyalists sit on the board of the CBC, hospitals are overseen by pharmaceutical executives and many school boards have been consolidated into entities too big to respond to the needs of their students.

Unfortunately, the rhetoric of decades of disastrous privatization and cuts have rightfully made many public sector workers understand words like “innovation” and “responsiveness” as code words for budget cuts and burnout. It is possible for the public sector to be innovative, responsive and to pay living wages to long-term employees. And it is necessary. 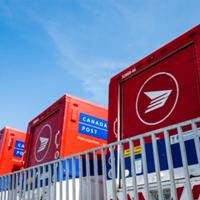 Trudeau Should Forget Infrastructure P3s and Support a People’s Bank

Public sector workers have keen insights and ideas on how to improve their workplaces and their communities. Many unions have innovative policies. However, much of their time gets spent fighting privatization and attacks on our livelihoods and communities.

In the face of profound crises of climate and inequality, what’s missing is vision, and an active network of allies to support putting it into action. What is our vision for a pro-public movement? How can we bring together workers, Indigenous communities, anti-poverty groups, feminists and climate justice activists to make it happen?

To answer these questions, many of us will be attending The Future is Public in Montreal on June 15 to discuss successful movements from around the world and what can be done in Canada.

Public services are one of the best tools we have to tackle the problems we face, but it’s up to us to turn that knowledge into a movement that can connect to millions, and win.