While Vancouver’s real estate crisis warriors were busy (poorly) guarding the western front against foreign capital, the world’s richest man waltzed in from the south and took over the city’s central post office building.

Billionaire Jeff Bezos’s rapidly expanding behemoth Amazon announced its move into the historic building on April 30 at a press conference in Vancouver. The company claimed it would bring 3,000 jobs focused in e-commerce technology, cloud computing and machine learning as the major tenant in the building’s redevelopment.

“Amazon's major expansion in our city means more long-term jobs for people who want to live, work and build a future in Vancouver,” said Mayor Gregor Robertson at the event.

Employees in Amazon’s tech-focused Seattle location reportedly earn six-figure wages that may make the mayor’s statement plausible, although the average wage of an Amazon employee overall is a mere US$28,446.

Robertson is undoubtedly careful about the signals the city sends the tech company. When Seattle proposed tax legislation to offset housing affordability impacts blamed on the tech industry last week, the company announced it would halt expansion plans similar to the Vancouver move (although with 7,000 jobs involved). The tax Amazon opposes would fund 1,800 affordable housing units and services for the homeless.

Canada Post’s operations moved from the downtown building four years ago to a new facility in Richmond, where $8 billion a year operations could still afford to buy.

The historic Vancouver building, built in 1958, was designed by acclaimed architects McCarter and Nairne. It was a local marvel in its time, and as writer Eve Lazarus notes, “essentially a five-storey machine covering an entire city block, [it] was the largest welded steel structure in the world, capped with a rooftop helipad.”

The symbology of the move is potent. Better than anyone else (except perhaps Seinfeld’s Newman), Amazon knows that to control the mail is to control information.

Coincidentally, 102 years ago, only six days from the date when Amazon’s move was confirmed last week, Dublin’s downtown General Post Office was one of the first buildings seized by Irish Easter Rising rebels who made it their headquarters. It was more symbolic than strategic since the building was highly visible and hastily bombarded into oblivion. It was abandoned and not fully fixed for another 13 years.

Amazon hardly needs a strategically visible vantage point in Vancouver. Bezos is in possession of a powerful trilogy of information about countless people including Vancouverites in his combined Amazon, Whole Foods and Washington Post empire. His data is so good that he appears to have not even needed the 30 million Facebook app users the Washington Post brand had when he bought the paper in 2013 (before Facebook locked down friend-based data).

Without that, he already knows not just what 300 million active Amazon users buy or are thinking about buying, but what they’d prefer to have sent to their door in an anonymous brown box. And if they are among those that can spare or prioritize a wholesome grocery bill (Vancouver has three Whole Foods locations, the most of any Canadian city), he probably has some idea about what they’re eating, too. And if like many Canadians, Amazon’s Vancouver customers can’t help themselves from watching the ongoing spectacle in the White House, Bezos also knows what flavour of Trump story they read on the Washington Post website.

The potentially revolutionary, election-swinging value of knowing what people (and their unwitting friends) eyeball and click and boast about on social media all day is fairly well-established at this point. But it probably can’t compete with the accuracy of knowing what people are willing to shell out hard cash for and the home address they’ll have it delivered to.

There’s no room for exaggeration, bragging, image management or self-promotion in such data.

That’s probably why when Bezos bought the Washington Post in 2013, he passed on acquiring WaPo Labs, the tech division of the parent company Graham Holdings. The group pioneered “Social Reader” (later rebranded “Trove”), a Facebook app that also linked to other social media like Twitter in the pre-2015 heyday of Facebook friend data free-for-all for apps. The idea was to share all the articles you read with your friends (by default), and the network boasted 30 million users.

Try multiplying that by the friends growth factor that caused Cambridge Analytica’s 270,000 users to scale up to somewhere between (depending on when you asked Facebook) 30 million and 87 million psychographic profiles. The WaPo connected app slipped into obscurity and shut down after Facebook changed algorithms affecting the way stories displayed. It remains to be seen if it will hit a Facebook post-crisis audit list or what data could have made it into the parts of the Post acquired by Bezos.

Unlike the British in 1916, Vancouver is of course hardly resisting the occupation of a historic downtown post office (and of course the British were the foreigners then). Prime Minister Justin Trudeau was on hand to welcome Amazon (it’s unknown whether he arrived via the building’s steel helicopter pad), tying the 3,000 incoming jobs to Liberal economic policies that will also bring us the Kinder Morgan pipeline expansion.

“I know that part of the challenge that folks across the Lower Mainland and B.C. are facing right now is related to the fact that we are connected so closely to the U.S. market and to what happens in the United States,” said Trudeau, hinting at gas prices, though experts have dismissed the notion that high prices are related to the Kinder Morgan pipeline.

“That level of dependency at any time would be difficult, but right now at a time of protectionism and unpredictability in the United States it makes sense to diversify our markets to new markets across Asia,” Trudeau continued.

Like the Canucks missing the NHL playoffs, Vancouver recently failed to make the list of 20 finalists in the bid to host Amazon’s second headquarters. Cities competed to offer the best economic incentives to Amazon, even though CEO Bezos is literally the last man on earth who needs such lavish gifts.

Unlike the NHL playoffs, Toronto is still in the Amazon race to the bottom, though it has not offered specific financial incentives so far. The only Canadian city in the list of 20 may find itself out in the first round here, too, given Amazon’s willingness to be courted or deterred by tax policy.

Bezos increased his wealth by an additional $9 billion in the days that followed the announcement in Vancouver, although this was due to stock values and not attributed to such a puny provincial conquest of a former post office. U.S. Democrat Bernie Sanders reacted to the new record wealth by pointing out that Amazon paid zero in tax last year on the balance, thanks to clever accounting and provisions in U.S. President Donald Trump’s 2017 tax act.

Though the company’s high-paying jobs would be welcome in Vancouver, where the mean income to cost of living ratio is the lowest among cities in the country (Vancouver’s bid bragged about the lower than average wages of workers compared to tech hubs in North America), the company’s HQ in Seattle has not observed an upward trend in that ratio during Amazon’s rapid expansion. 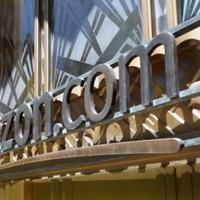 A Lesson for Vancouver: How Amazon Is Bad for Seattle

Amazon’s prominent downtown towers and new staff-less retail grocery store are far more likely than foreign investors to be targeted by those Seattle residents not enjoying the changes taking place in their neighbourhoods. Signs in the windows of soon-to-be-priced-out shops in various up-and-coming, formerly affordable neighbourhoods speak in less than kind terms of the retailing giant and its employees who are now neighbours.

Amazon Prime membership numbers are at least 90 million strong in the U.S. and growing by 80 per cent a year in Canada when last reported in mid-2017 (Amazon won’t disclose the actual number). The service offers free or discounted shipping including an increasing number of items shipped and delivered the same day they are purchased. This effectively kills off one of the only reasons unconcerned shoppers may have to buy at a local brick-and-mortar: the ability to have paws on goods the same day the desire to have them enters mind-screens.

Another remaining reason to at least enter stores, much to the dismay of shuttering malls and anxious retailers, is to examine goods in person before ordering them from the cheapest online store, probably one that hasn’t factored in the cost of a storefront. And increasingly more likely, one that will pass through a database, bank account, or shipping building of a certain new downtown post office resident.

Of course, by anyone’s rational measure Amazon’s move into the old post office is relatively small and is certainly not going to be all bad. The resident (or occupier if you are so inclined) will provide jobs and stimulate local businesses partners, and its only demand is a change in how you shop. It’s not stealing or selling or giving away your data as far as we know — Amazon is way too smart for that. And it remains mind-blowing to see a van transubstantiate any one of a million items from a browser window to your front door in hours.

But if you are one of those that does not cheer on the company’s local expansion, just ask those of a similar mind in Seattle — they’ll tell you to just be glad Bezos and his next HQ won’t take the whole town.