Just as the uproar over the Hawaiian missile attack false alarm was dying down, and the Koreas announced they would participate together in the Winter Olympics, a U.S. conservative pundit has tried to reassure us all that World War III will be OK.

Well, not OK, exactly, but as tolerable as Category 5 hurricanes or major blizzards. A pain in the ass for the folks at ground zero, and a big part of the news cycle for a week or so, but that’s all. After 72 years of fearing nuclear weapons, Americans (and others) may be ready to accept them as a cost of doing business.

Writing in the National Review, David French comforted his readers: “If a Missile Alert Sounds, Prepare to Live.” According to Wikipedia, French was born Jan. 24, 1969, making him just 49 years old. He is a veteran of the Iraq War (as a military lawyer).

He is also a generation too young to remember the 1962 Cuban Missile Crisis, when the world last seriously contemplated nuclear self-destruction. After just 17 years of nuclear weapons, the U.S. Atomic Energy Commission was still defining radiation in “sunshine units” to make fallout from atmospheric bomb tests sound nicer. North Americans in that crisis were agonizing over whether to accept their neighbours into the family fallout shelter (not many had them). I well recall the emptied supermarket shelves after Los Angeles Civil Defence advised us to have two weeks’ worth of food and water on hand.

“First,” says French, “you have to understand that the odds are overwhelming that you’ll survive an initial blast. Nuclear weapons are devastating, but it’s a Hollywood myth that any individual strike will vaporize an entire American city, much less the suburbs and countryside. You can go to sites like nuclearsecrecy.com to see the blast radius of direct nuclear strikes at various yields.”

“The bottom line, even if a nuclear weapon as big as the largest North Korea has ever tested were to impact squarely on Manhattan, the vast majority of New Yorkers would survive the initial blast. A strike would devastate central Honolulu but leave many suburbs intact. If the missile misses a city center even by a small amount, the number of initial casualties plunges dramatically.”

French can say this with some confidence. Dropping nukes on hypothetical targets can give you a creepy sense of power as you choose your megatonnage and where to detonate it. Try it on Vancouver with a 150-kiloton airburst, North Korea’s presumed biggest punch: hit the West End and you get 728,220 deaths and 1,562,410 injuries.

After taking some online criticism, French published a defence, arguing that he’d just been trying to argue for more disaster preparation in general. In that case, why make a nuclear attack the peg for his argument when he could have invoked any number of recent hurricanes and blizzards?

Laura Spinney, historian of the Spanish Flu pandemic, points out in her book that we forget pandemics and gradually remember them, while we remember wars and gradually forget them. We have certainly forgotten the end of the Second World War, which shocked the Allies in the moment of their victory. I grew up in the aftermath.

Long before David French was born, we all understood that the first casualties of a nuclear war would be a minuscule fraction of the ghastly total. We thought about it ceaselessly. The New Yorker dedicated a whole issue in 1946 to John Hersey’s account of Hiroshima. Less well remembered is the 1951 issue of Collier’s Magazine about “The War We Do Not Want,” describing a hypothetical, 1950s World War III. Such reports helped create a pervasive atmosphere of dread, enhanced at 10 a.m. on the last Friday of every month when the air raid sirens were tested.

In his notorious 1960 book On Thermonuclear War , Herman Kahn described the plight of those surviving some awful nuclear scenarios and then asked rhetorically: “Will the living envy the dead?” With the missile crisis of October 1962, we seemed about to culminate in our learning the answer.

But it didn’t. After a big shudder, we all went on with our lives. Twenty years later we had another scare, when the Americans and Russians seemed ready to destroy one another out of sheer nerves. A scary movie, The Day After, was showing in November 1983 when my wife and I were teaching in China and our daughters, playing hooky from school, were exploring the campus air-raid shelters.

That scare ended too, and the millennials grew up dealing with college tuition and unaffordable housing, not with life-shortening mutations or the routine stunting caused by malnutrition. Against all the odds, civilization has survived 72 years without a second nuclear war.

Dealing with the wisdom deficit

When you get into your 60s and 70s, you begin to understand the term “wisdom deficit.” As you approach retirement and death, you realize how much you haven’t told your kids, your younger colleagues, your students. You learned it the hard way, and the point of education is to spare the next generation from learning it the same way. But the youngsters, rapt in their love of the moment as eternity, wouldn’t listen if you croaked out even the direst warning.

David French is clearly a smart guy, a graduate of Harvard Law and a veteran ironically applying law to a lawless war in Iraq. His basic argument is that households ought to be ready to cope with disasters like blizzards, floods, and wildfires — and he’s quite correct. But he suffers from a severe wisdom deficit. 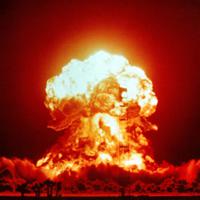 Born in 1946, Donald Trump ought to be wiser on this issue than most of his younger supporters. But like F. Scott Fitzgerald’s middle-aged matron, “preserved into another generation by a good digestion and an immunity to experience,” Trump seems oblivious to the consequences of a nuclear war. As a recent New York Times article observed, he is the only person in the U.S. military chain of command dealing with nuclear weapons who is not subject to the physical and mental standards demanded of everyone else in that chain.

Devising and enforcing those standards have helped bring us 72 years without another nuclear war. Just one year into the presidency of Trump, the world must depend as never before on the sanity of highly educated men and women — who have also been trained to obey orders.

But if U.S. conservatives are prepared to treat a nuclear attack as just another local disaster, Trump might feel an all-out war would please his base.