With a provincial referendum on electoral reform fast approaching this fall, all politicians of any stature seem to have strongly held (and loudly voiced) opinions. Heck, the leadership candidates for the BC Liberals find it damn near apocalyptic. It is difficult to find any who are ambivalent about the process that is about to unfold.

Difficult, but apparently not impossible.

Along with others along the progressive side of the political spectrum, I was taken aback to read my friend Andrew Weaver’s year-end interview with The Tyee, a discussion where he comes off as surprisingly blasé about the whole affair.

Statements like “it doesn’t excite me” or “it’s not something I’m spending all my time on” would be troubling from any politician of prominence, much less the leader of the BC Green Party. And they are especially troubling considering that we — as a party — put so much stock in the need for electoral reform in post-election negotiations last year.

At that time, electoral reform was one of three absolutely essential conditions for negotiation with either the BC Liberals or the BC NDP (along with official party status and election finance reform): without this in play, any talks would have been non-starters. In fact, our determination to achieve meaningful electoral reform was so strong that our caucus’s opening position, which made those of us who care about the value of democracy a little uneasy, was that such a reform should be enacted without requiring any referendum.

A lot has changed since then.

In early October, without any fanfare, the BC Green caucus sent a letter to the premier indicating that they would waive the consultation provisions of the Confidence and Supply Agreement as they pertained to the upcoming referendum on electoral reform. That is a little astounding considering that the wording of the question, the manner of voting, the amount spent on public education and awareness are all absolutely vital to the success of the measure.

This was not a promising start.

Our ability to impact those key mechanisms is now pretty much reduced to blowing kisses at Attorney General David Eby as we pass in the hallways. And that is more than just an abdication of our responsibility to safeguard the measures that ensure a valid referendum: it strips away a crucial dimension of our identity as a part of the Global Greens movement.

Like Andrew, I am relatively new to the Green party and studying the Global Greens Charter was something I took seriously before making that commitment. The Charter is centred around six key principles, one of which is a dedication to the principle of participatory democracy.

Participatory democracy is a belief that all members of our society should be increasingly engaged in political decision-making and, as Greens, we rank that belief right up there with sustainability and ecological wisdom. We do so because these principles are inherently intertwined and need to co-exist. These aren’t just slogans you get to stick in the footer of your website after you open your Green party starter kit.

And that is why, for example, you can see federal Green Party leader Elizabeth May engaging in a lively and long-running debate on Twitter with detractors of PR-based electoral systems. Electoral reform matters and she gets that it matters, especially as a lifelong Green who has seen our hopes dashed again and again against the cold equations of the first-past-the-post system.

The academic literature is pretty clear that first-past-the-post results in non-mainstream parties and minority groups having the utility of their vote minimized, their engagement wane and their long-run participation in the political process dry up. The fact that the Green movement in Canada is more viable than ever — after so very few electoral victories of any kind — is a testament to the need for these views to be better represented within government.

Contrast the decades-long dry spell in Canada with the active political alliance building undertaken by Green parties that is made possible (and is commonplace) in countries with some form of proportional representation. Greens are often part of the government and with good results.

Like gender equality? Iceland, under its first Green prime minister, just passed a law making it illegal to pay women less than men.

Want a strong stand against real estate speculation? New Zealand, in a recently struck Labour-Green coalition, is passing stern laws that should absolutely be examined as part of the solution to our own over-heated housing market.

But, surprisingly, this doesn’t seem to sway Andrew. When you hear him say that “this isn’t something that the average person [is] sitting at home worrying about,” you perhaps wonder if the climate scientist doesn’t need to start thinking more like a political scientist.

Voter disengagement lies at the root of many problems related to our province’s political health and our country’s declining voter participation rate. PR helps solve that problem: your vote — every vote — actually matters. It is no accident that seven of the 10 countries with the highest voter participation levels operate under some form of proportional representation.

Also, it is not an accident that first-past-the-post countries like Canada, the United States and the United Kingdom linger near the bottom of such rankings. The political dialogue in these countries often centres on voters being stranded between the lesser of two evils or confronted with the problem of strategic voting versus “safe seats” or gerrymandered districts.

If you’ve ever felt this way, then you as a citizen are not getting the government that you actually want. Which means you won’t get the policies that you very much need. And the literature on the topic is, again, very clear: over time you will become alienated from the whole process and stop bothering to vote. And that is damning to democracy. 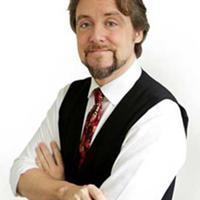 Five Ways the BC NDP Can Re-Invent Itself

I know that this trend towards voter alienation is an issue that vexes Andrew: he puts a lot of stock in not just engaging disaffected voters, but especially those who are younger. It is ironic that he does not seem to have picked up on the fact the federal Liberals’ failure to follow through on a commitment to ensure that the 2015 election would be the last one run contested under first-past-the-post turned out to be an especially bitter pill for younger voters to swallow. Are these the political pundits and purists to which Andrew refers? I rather doubt it.

Incidentally, that pledge evaporated only after the federal Liberals secured a comfortable and seemingly easily defensible majority position. And it is not the first time this has happened in Canada, with Prince Edward Island throwing out results that were politically inconvenient or the Gordon Campbell government setting the bar for electoral reform unreasonably high in the 2005 referendum.

Politicians have a tendency to put their thumbs on the scale when they see an advantage and there is no reason why we don’t run the very same risks in the referendum planned for this November. The decision to use a mail-in ballot, for example, is itself a bad sign as it tends to be biased towards those more likely to reject the prospect of electoral reform.

Logically, all of this should elicit Andrew’s full-throated support — which I can tell you, from first-hand experience, is impressive — for electoral reform in British Columbia. By virtue of his stature within our freshly-minted minority government (something of an aberration under the first-past-the-post system), he is uniquely positioned to be a true champion of electoral reform, its most ardent defender and most articulate spokesperson.

But somehow, this crucial issue — by Andrew’s own admission — hasn’t yet captured his imagination. That is an astounding lapse and one that must be set right before we lose what might be the last chance at electoral reform for yet another generation.