''Politicians, like generals, have a tendency to fight the last war.'' -- John Bolton, ex-American Ambassador to the United Nations 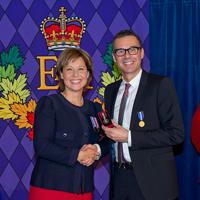 The last war politically in British Columbia was the 2013 election, with Premier Christy Clark pulling off an upset victory after starting considerably behind.

With a year till 2017's election, it appears Clark and her generals want to fight the same campaign with the same strategy.

But two new polls show this will be a different war -- and could have different results.

Political strategists try to shape the ballot question in each election -- that single crystallized issue that voters eventually find the most important in deciding who would form the best government.

In 2013, the BC Liberals and the BC New Democrats fought over the economy and employment, with the hard-hat-wearing and gobs-of-liquefied-natural-gas-promising Premier winning.

The BC Liberals would dearly love a re-run and are positioning themselves to roll out the same campaign, but there's a big hitch.

According to an Insights West poll released last week, the number one issue in B.C. is housing, poverty, and homelessness -- likely due to foreign ownership driving prices sky high -- at 22 per cent.

The economy and jobs rate second at 20 per cent, followed closely by health care at 17 per cent, and government accountability at 12 per cent.

What's still more concerning to Clark's generals is that even on their preferred issue of the economy and jobs, the Insights West poll found that 46 per cent say she's done a bad job versus 39 per cent who say it's been a good job. And that's the Premier's best result.

Clark performs worst on the top issue of housing, poverty, and homelessness, with a whopping 71 percent saying she's done a bad job and only 15 per cent liking what they've seen.

And on health care, 60 per cent give Clark a bad job rating versus just 26 per cent saying well done, while 67 per cent have negative views on government accountability versus 21 per cent who see positive.

That means the BC Liberals fighting the last war all over again in 2017 could be a losing strategy.

But it's still too early to tell.

But a new Ipsos poll also out last week has different horserace numbers, with the BC Liberals at 42 per cent, the BC NDP at 36 per cent, the BC Conservatives at 11 per cent, and the BC Greens at 10 per cent among decided voters.

The different numbers in the two polls don't matter much this far out, as 2013 proved in spades.

Overall, 59 per cent of those polled by Insights West disapprove of Clark's performance, while 34 per cent approve and seven per cent are not sure. While those numbers can change, voters have no difficulty making up their minds -- and most right now don't like what they see in Clark.

Horgan has a 40 per cent approval rating, with 29 per cent disapproving, and a big 31 per cent not sure. Horgan's task is to get better known in the next 12 months and hope that the more voters see him, the more they really like him.

The Tyee contacted both polling firms to discuss the differing results and what the election campaign focus may be.

Mario Canseco of Insights West sees the housing issue as a problem for the BC Liberals, especially in Metro Vancouver.

''There is definitely a vulnerability issue, but it needs to be exploited properly by the opposition in order to work. I've never seen 'housing, poverty and homelessness' as high as it is now in B.C. Ever. Most of the concern is coming from Metro Vancouver, home to more than half of all voters,'' Canseco said in an email interview Sunday.

''It will definitely be one of the key issues in the campaign, but I think it's too early to see if it will become the ballot question,'' he added.

But Kyle Braid of Ipsos said he doubts housing will decide the election.

''Housing affordability, along with cost of living in general, is without a doubt the number one issue in Metro Vancouver (and has been for some time), but that doesn't mean it is a vote issue,'' Braid said by email Sunday.

I also asked each veteran pollster if politicians could overcome high disapproval ratings and negative impressions on key issues.

Canseco pointed to the recent victory of Manitoba Conservative Premier Brian Pallister, who ousted the ruling New Democrats in April 2016 despite a personal approval rating that remained a ''stagnant 45 per cent'' throughout the campaign.

''The 'sentiment for change' was more powerful than Pallister's personal appeal,'' Canseco said.

Alternatively, the Alberta election in 2015 showed what can happen when a party aligns the planets, Canseco said.

''This was not the case in Alberta, where Rachel Notley had the trifecta: 'Time for change' at 82 per cent, NDP vote at 42 per cent, and her own approval as leader at 62 per cent, she gained 21 points on approval during the campaign. Twenty-one!'' Canseco says.

''And Alberta provides a cautionary tale about government arrogance and how perceptions can shift. Jim Prentice's approval was at 52 per cent in December 2014 after the PCs poached the Wildrose members,'' Canseco said.

''The day before the election, Prentice's rating had dropped to 25 per cent. If you don't connect on the campaign, everything you did before matters little. Half of the people who said Prentice was doing a great job in December abandoned him and the party,'' he concluded.

Braid agreed that leaders can overcome bad reviews, noting that former BC Liberal Premier Gordon Campbell did and so did Christy Clark last time around. ''It depends heavily on who they are up against in the election,'' Braid said. ''They don't need to be perfect, just better than the alternative.''

Both pollsters are well respected -- and I have worked with both of them and their firms on projects for my own clients -- so I had to ask why their horserace polling results were so different.

They both identified one anomaly: the millennials' voting choices in the Ipsos poll.

To his credit, Braid said the party preference of millennials was ''not consistent with past voting for this group'' and is likely an odd result, something Canseco also observed.

That question and others will only be answered in the next set of polling from both firms as we head into a year of heightened anxiety for political parties and pollsters alike.

But one thing is sure: the 2017 battlefield will not look the same as the one where the parties fought in 2013, and the winning strategy has not yet been found.