"If the price goes up one penny from what it is now, all hell is going to break loose." -- Bill Eggert, Fairview Cellars winery owner, Oliver, B.C. 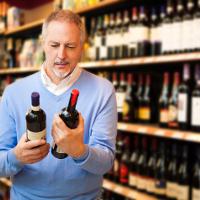 BC Libs' Liquor 'Modernization' Will Cost You

There was just one black cloud on the sunny horizon as 25,000 people attended Vancouver International Wine Festival events last week, but it was huge: Why is the British Columbia government threatening the $1 billion wine industry?

Just as this province hit an enormous milestone, with wine sales topping the $1 billion mark for the first time ever, changes to wine, beer and liquor pricing coming April 1 seem to guarantee that "all hell is going to break loose."

The BC Liberal government's endless and incompetent meddling with the liquor industry will lurch forward towards potential price increases for both wines from provincial wineries and those imported from France, Italy, the United States, Spain and many more countries -- on April 1.

Even worse for winery owners, private and public liquor stores, wine agents and restaurants -- the government is keeping its retail pricing plans mostly a secret deeper and darker than a bottle of old vines Zinfandel.

And it has also introduced a relocation "lottery" to decide how and who gets to move existing private liquor stores into supermarkets -- for potentially huge profits.

All this uncertainty is happening even as an international study concludes that Canada is the seventh-largest wine consumer in the world, with a market valued at US$6.1 billion. And Canada is now the sixth-largest wine importer globally.

But that's all at risk as liquor industry sources tell The Tyee that wine prices are almost bound to go up -- despite already being the highest in North America and despite the government's partial retreat on pricing connected to its controversial move to a single wholesale price for all retailers, including B.C. Liquor Stores.

And an analysis of available information by wine lawyer Mark Hicken indicates that both government liquor and independent wine stores will suffer.

Hicken wrote that one of the predicted effects on Independent Wine Stores (IWS) and government stores is that independent stores "will have to raise their prices as their wholesale prices will go up significantly for every price point. The government has indicated that end consumer prices in government stores will stay the same," Hicken wrote on his WineLaw.ca website Feb. 15.

"However, for this to be achieved, the government stores would have to stick to a margin of 15-16 per cent for wines above about $20. As noted above, this margin is below their declared operating costs and it would mean that the stores would lose money on these sales."

And Hicken says the result could be that B.C. Liquor Stores will cut the number of wines they carry that are priced over $20 to avoid losing money.

"It is possible that government stores may seek to shift their product mix to lower price points in order to create sustainable margins," he concludes.

Hicken thinks it's possible the very cheapest wines sold in Licensee Retail Stores -- more commonly called cold beer and wine stores -- might go down slightly in price but that wines over $20 will go up because wholesale prices will increase, so their prices may not change much overall.

Left out in the cold are 12 independent wine stores that are seeing the most dramatic change in pricing -- which they say threatens their very existence -- without being given the chance to sell beer or spirits or sell wine to restaurants to compensate for the new structure.

And restaurants, hotels and bars are also disadvantaged, as they still have to pay the full retail price for wine, beer and liquor despite selling significant volumes. That also means their prices will likely rise considerably.

Licensee Retail Stores are also unhappy, because the BC Liberal plan will allow government stores to stay open Sundays and install refrigeration to compete with private stores.

It's a mess -- and Attorney General Suzanne Anton is behind it all.

Anton's intent on Jan. 30 when she cut by 40 per cent a previously announced 67 per cent markup for wine was an effort to quell strong opposition to her plans and "to better align the new wholesale prices with the prices the industry sees today."

"Our wholesale pricing model is not intended to increase government revenue or retail prices. Rather, the model is designed to generate approximately the same amount of government revenue from each product category as we receive today," Anton said in a release.

But the reality is likely very far from Anton's stated goals.

And the uncertainty and fear created by her clumsy moves is making a $1 billion industry -- and the growing number of B.C. wine drinkers who have built it -- very, very nervous.