"A liquor store is where they collect taxes for the government and also sell liquor." -- Anonymous 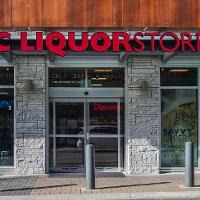 Consumers will pay for the B.C. government's misleading "modernization" of liquor pricing -- and more convenience will come at a hefty price.

That's definitely not the message BC Liberal Attorney General Suzanne Anton wanted you to hear last week, but higher prices for wine, beer and spirits are the inevitable result of the most sweeping liquor changes in the province in decades.

Anton said the changes will introduce a "level playing field" and let a "competitive market" flourish, when -- just like the B.C. government's earlier "happy hour" announcement that increased rather than lowered bar booze prices -- the exact opposite is true.

Consumers will pay dearly for the changes, including supermarkets selling wine, beer and spirits starting next April, while smaller liquor industry players get hurt and the big boys cash in.

Confused? That's because the BC Liberals want you mystified while behind the scenes the cutthroat liquor industry engages in a bloody war to maximize profits and reduce true competition.

That is a radical departure from the current system, and despite Anton's optimism, the reality is that government liquor stores will have to raise prices and private stores will follow closely behind.

Right now, the B.C. Liquor Distribution Branch sets a retail price and makes its profits from a combination of markups on top of actual product costs that amounts to about 117 per cent.

The private stores buy their products at three different discounts from the distribution branch: 30 per cent less for independent wine stores (wine only), 16 per cent for licensee retail stores (cold beer, wine and spirits), and 12 per cent for rural agency stores (all products). Those discounts are what allow the stores to cover their costs and make a profit.

But next year, all that goes out the window for a single wholesale price.

Mark Hicken, a lawyer who specializes in liquor issues, has posted an analysis on his WineLaw.ca website that identifies who wins and loses based on the limited information released by government, and you won't find consumers in the winner column.

Hicken writes that, at least when it comes to wine, licensee retail stores and rural agency stores will be better off with the new wholesale price, while independent wine stores will be much worse off and government stores will face significant challenges -- though they will be allowed to open Sundays and sell cold beer and wine for the first time.

'Taking away our competitive advantage'

"I think the price goes up," Clerides said in an interview Sunday. "It's going to take some time to sort out."

But Clerides already knows his independent wine store -- one of 12 -- and its customers will be losers because their 30 per cent discount from the government price disappears, while his competitors who can sell beer and spirits will now buy wine at the same price.

"The independent stores are screwed because we don't have any additional products -- beer and spirits -- and we can't sell to restaurants, so we're at a competitive disadvantage," Clerides said.

Independent wine stores had argued if the private licensee retail stores were to get the same wholesale price for wine, the wine stores should in return be allowed to sell beer and spirits as compensation to make up for lost business. But the government did not agree.

The umbrella organization for cold beer and wine licensee retail stores is not happy either, but primarily about allowing government stores to compete on Sundays and with refrigerated products.

"From a business perspective, we're very disappointed in this," Jeff Guignard, executive director with the Alliance of Beverage Licensees B.C., told the Province newspaper.

"A lot of retailers have invested millions of dollars (to install refrigeration). It would cost tens of thousands of government taxpayer funds to give consumers something they already have. They're taking away our competitive advantage... and they're keeping the playing field tilted in their favour," Guignard said.

Indeed, the BCGEU is surprisingly upbeat about the announcement, "applauding" the changes and saying unionized government stores now "can compete with private stores."

The union does, however, warn that the single wholesale price will only be in the public interest if the province's $1-billion revenue stream from liquor is protected.

"These are important changes that we have been recommending for many years and are long overdue," BCGEU president Stephanie Smith said.

I am more skeptical. With a reduced markup and significantly higher labour costs, government stores will need to pump up the volume of sales to compete when private stores pay a lower wholesale price.

Smaller government stores with lower sales will likely be targeted for closure or sale to the private sector in the long term. And the unionized workforce with higher wages, benefits and pensions will be under enormous pressure to reduce costs to the level of the non-union competition.

Anton, of course, is elated with the changes, stating in a news release that: "Underpinning many of our liquor changes -- including our models for liquor in grocery stores and wholesale pricing -- is the concept that government needs to get out of the way and leave more to market forces.

"It is our expectation that, starting April 2015, these changes will create a more competitive market for retailers. The changes we're making to the wholesale price today will enable more competition between retailers to attract British Columbians into their stores and should not force any change in shelf prices."

But Clerides is scathing about how the government controls all aspects of the liquor industry.

"What is ‘level' about what they've done?" Clerides asks. "The regulator, the wholesaler and the retailer -- the Liquor Distribution Branch -- are making the rules under which you're competing!"

Wine, beer and spirits in more stores, and none of it cheaper than today. Welcome to liquor modernization, BC Liberal style.