"Bill has a column, right -- so I'm warning you -- so if you tell Bill he's wrong, the chances are he's going to get a column out of if." -- Voice Of B.C. host Vaughn Palmer to Rich Coleman, B.C. liquor minister. 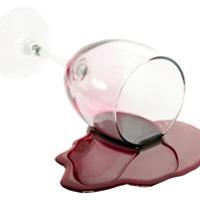 With Massive Mark-ups, Why Are Liquor Branch Revenues Declining?

Do you believe the price of beer, wine and spirits in British Columbia is reasonable?

That B.C booze costs are comparable to other provinces and American states?

I don't, so I posed a simple question to Coleman on Shaw Cable's Voice of B.C. on May 31.

"Why do consumers of beer wine, and spirits pay among the highest prices in North America for those products?" I asked.

But Coleman immediately rejected my conclusion when Palmer asked: "Is he right about that?"

"Not really, no. We have a pretty comparable price structure to the rest of Canada," Coleman replied.

Oh yeah? I may only be a columnist and wine blogger, but I think the minister is wrong.

And some quick research on beer, wine and spirits prices indicates we often pay more -- sometimes much more -- than in other jurisdictions.

So how come in Chicago, Illinois, the imported Blue can be found for just $10.98 U.S. a case at Binny's private stores? That's less than half price!

And why does a Catena cabernet sauvignon from Argentina costing $21.09 in B.C. plus deposit retail at Ontario's government liquor stores for $19.95 and only $17.31 at private Calgary store Zyn?

Perhaps such price differences are why Coleman hedged his bets under questioning by Palmer after initially saying I was dead wrong.

Palmer: "He knows his wine, Mr. Tieleman, he's pretty knowledgeable about pricing, I think he might be right."

Palmer: "Bill has a column, right -- so I'm warning you -- so if you tell Bill he's wrong, the chances are he's going to get a column out of if."

Coleman: "He's not totally wrong because on some of it there is higher prices. A premium Scotch is higher in B.C. than it is in Alberta. But the floor price on some of our spirits is lower than in Alberta.

"So it's really how we tax it and how we take our revenues out of it, and in B.C. we make $900 million that goes into this fiscal plan for government, so that's where our pricing is."

Some B.C. prices are indeed lower than Alberta and other locations.

That same bottle is $31.87 in privatized Alberta at a Calgary store.

But when one of the biggest selling beers brewed in Canada costs half the B.C. price in Chicago and $5 less in Ontario, I'd say someone's making a lot of windfall cash.

B.C., as Coleman notes, makes about $900 million from selling liquor, while the Liquor Control Board of Ontario reported a $1.6 billion dividend to government from sales and the Societe Alcool de Quebec just announced a $1 billion net revenue.

Yes there are differences between the provinces. Quebec allows corner stores and supermarkets to sell wine and beer; Ontario has the Beer Store run by big breweries as well as its stores while B.C. has a mixed public/private store network.

However none of that contradicts the higher prices in B.C. on some identical products.

But alternatively, high liquor prices are a regressive tax where lower income earners pay disproportionately more of their budget to enjoy a beverage.

It also means that those who drink are likely to purchase cheaper products because of the higher taxation and mark up rates. We pay more for crappier wine.

The new private owners will maintain a monopoly on the distribution and will also retain the unionized workers, plus find ways to make a profit -- all without increasing costs?

It all may drive me to drink.