During the Vancouver 2010 Winter Olympics, speed skater Clara Hughes, Canada's opening ceremony flag bearer, was one of the few athletes to address poverty in the Downtown Eastside. 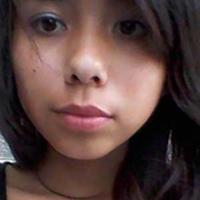 Why Does Harper Keep Spinning Our Missing Women Tragedy?

She said she didn't just come to Vancouver to "skate in circles," so she donated her $10,000 bonus to Take A Hike Foundation for inner-city youths and spoke emotionally about what she saw in Canada's poorest postal code.

"I took a wrong turn and ended up in the Downtown Eastside in my little car. I will never forget seeing people suffer so much," Hughes said at a news conference during the Olympics. "People were just shells of themselves and I couldn't believe the situation, this reality, exists in Canada. It was surreal, I felt like I was in a movie set."

On Jan. 12, the same day FIFA was celebrating its player of the year awards in Zurich, the Washington, D.C.-based Inter-American Commission on Human Rights issued a report that described Vancouver's Downtown Eastside as one of Canada's most dangerous areas for indigenous women.

So far, the main narrative about the road to Women's World Cup Canada 2015 has been the failed battle by a group of players to change the playing surfaces from artificial turf to natural grass, upon which every men's World Cup through to Brazil 2014 has been played.

Abby Wambach, the American captain, led the charge, launching an unsuccessful complaint to the Human Rights Tribunal of Ontario aimed at forcing the host Canadian Soccer Association and FIFA to use natural grass at the tournament's five venues this summer.

That battle was lost and B.C. Place is waiting to get a new synthetic pitch to replace the one installed three-and-a-half years ago. Wambach made a statement earlier this month saying she hoped the campaign would spur "even greater activism to ensure fair treatment when it comes to women's sports."

Perhaps there are more serious gender issues that players could help publicize. Wouldn't it be something if Wambach took up the cause of Canada's missing and murdered women?

The report recommended a national action plan or inquiry, and a policy to ensure there is an appropriate response by authorities when a person is reported missing.

"Indigenous women and girls in Canada have been murdered or have gone missing at a rate four times higher than the rate of representation of indigenous women in the Canadian population which is 4.3 per cent," the report said.

"The IACHR stresses that both federal and provincial governments are responsible for the legal status and conditions of indigenous women and girls and their communities."

One high-profile retired player has already broached the notion of highlighting the missing women issue during the World Cup.

Use sports to advance rights

Equal Play FC founder Carrie Serwetnyk was the first woman inducted to Canada's Soccer Hall of Fame in 2001. The Vancouverite believes the Women's World Cup should be a vehicle not only to campaign for equality in the world's most-popular game, but to advance the socio-economic interests of women and girls and talk about issues like the missing and murdered indigenous women.

"I'm 100 per cent behind women stepping in and using this as a platform," Serwetnyk told The Tyee. "Because Canada is not a high-ranking country for men for soccer, there's a detachment for people in our society to understand the power that soccer has in the world in politics and movements.

"This is going to be huge and we should be using it right now. More of what's in people's minds is 'when's the World Cup? Let me see if I can get some tickets.' That's a bit of a problem."

There is still time. The tournament kicks off June 5 in Edmonton.

Major sporting events are becoming increasingly politicized for both athletes and fans who jointly realize the power of traditional mass media and the newer social media to immediately and inexpensively communicate about bigger topics than the scores and sponsors.

The Vancouver Olympics were the world's first social media mega event, where "Homes Not Games" and "No Olympics On Stolen Native Land" were the protest chants during the nationwide torch relay and Games themselves.

In early 2014, the $51 billion Sochi Winter Olympics were held amid anti-gay Russian laws. Activists held rallies in Russia and abroad to protest the country's dismal track record with the LGBT community.

Last summer in Brazil, tens of thousands marched during the World Cup to bring attention to cutbacks to social programs and overspending on stadiums. Athletes around the world helped drive the viral ice bucket challenge to raise funds for ALS research.

The year ended as U.S. pro football and basketball players showed their support to those protesting against fatal police shootings of African-American men and boys.

What if Wambach or another player reads the IACHR report and picks up the cause of Canada's most vulnerable women?

What if the international media covering Canada 2015 wander into the Downtown Eastside on days when there are no practices or matches? The off-field plight of indigenous women in Canada could become the true controversy of Canada 2015.

Granted, there are worse places on this planet for women and girls than Canada. Zimbabwe was the only other country interested in hosting the 2015 tournament.

Nigeria, one of three African nations to qualify, was where schoolgirls were abducted en masse by Islamist militants last year.

But more is expected of Canada, with its Charter of Rights and Freedoms, membership in the elite Group of 7 economies and a prime minister who has resisted calls for a national inquiry about the tragedy of the missing and murdered indigenous women.