"There are too many inequalities around the world -- there are millions of people dying of hunger and a few thousand dying of indigestion." -- Mahamadou Issoufou president of Niger, 2013 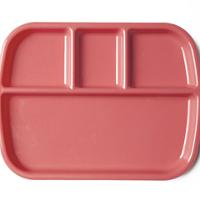 Grow, Eat, Learn: School from the Plate Up

What connects the horrific disease Ebola in Africa, the terrorist group Islamic State in Syria, the possible mega-drought in California and British Columbia's shrinking food production?

The answer is simple: in an increasingly interconnected and threatening world, food security may be the most valuable defence of all.

Yet instead of increasing protection of our farmland and promoting food production, the BC Liberal government is actively eroding it.

Last week, a new report on B.C.'s food security warned that due to a prolonged drought in California, prices here for a variety of fruit and vegetables could jump by 34 per cent this year alone.

As I walked Sunday through the Kitsilano Farmers' Market packed with fresh fruit and vegetables, it seemed impossible that our foodie fixated province is producing less and less food.

But the "Wake Up Call" report commissioned by Vancity credit union points out that between 1991 and 2011, B.C. food crop production dropped by 20.4 per cent.

And in 2010, 67 per cent of all imported B.C. vegetables and 44 per cent of imported fruit came from the Unites States, with over half from California.

We are overly dependent on California, where experts fear that three years of extremely low rainfall may be the start of a "megadrought" -- a dry period that lasts decades and has afflicted California in the past.

What are the odds of that? Cornell University researchers did the calculations and estimate the likelihood of a 10-year-long drought is at 50 to 80 per cent.

And the chances of a "megadrought," which they classify as a 35-year dry period, runs from 10 per cent to 50 per cent by the end of this century.

So as ISIS terrorism in the Middle East and fear that a deadly Ebola in West Africa can arrive in North America dominate our news, it's easy to see the value of reducing dependence on food imports in an uncertain world.

Some leaders like Niger President Issoufou get that world hunger stemming from inequality is a huge threat to peace.

So does U.S. Secretary of Agriculture Thomas Vilsack.

"Working to eliminate food insecurity across the globe will provide incredible economic benefits to developing and developed countries alike. It will increase political stability in conflict and poverty stricken regions, and put these countries on a path to future prosperity," Vilsack told the Global Food Symposium in Tokyo on April 7, 2010.

It's why Brent Mansfield, co-chair of BC Food Systems Network and author of the Vancity report argues: "More energy needs to be given to initiatives, both public and private, that work to increase local production, support new farmers accessing land, and transition under-utilized parcels of zoned agriculture lands into active production."

Unfortunately, British Columbia is moving in exactly the wrong direction.

The BC Liberal government pushed through changes in the legislature earlier this year to make it easier to remove protected Agricultural Land Reserve farmland for development in the Interior, North and Kootenays.

That came despite statistics from B.C's Agricultural Land Commission that overall farmland protected dropped 95,000 hectares between 1974 and 2012.

When Core Review Minister Bill Bennett introduced changes in March to the Agricultural Land Reserve, he claimed that: "These improvements achieve our goals of supporting the ALC in its role as independent decision maker, protecting our high quality farmland and still supporting farmers to get ahead."

But with imported food prices dramatically increasing while B.C. crop production plummets, Bennett may yet have to eat his words.