"It functioned up until the election of this Liberal administration... politics has interfered and land is being removed and that is a serious, serious mistake." -- Former NDP premier Dave Barrett, Voice Of BC, June 29, 2005 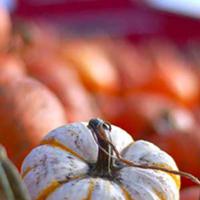 Don't believe the BC Liberal government will "protect farmland" or "help farmers" -- its Bill 24 is all about continuing its attack the Agricultural Land Reserve, which began shortly after the party's 2001 election win.

Former NDP premier Dave Barrett wasn't fooled back in 2005, and no one should be fooled today by the nonsensical bafflegab spun by cabinet minister Bill Bennett, who introduced legislation to carve up farmland for use by industry and developers while undermining the Agricultural Land Commission's independence from political interference.

Bill 24 would split B.C. into two zones with very different rules on removing farmland protected by the ALR. The bill enables government to use "economic, cultural and social values" and "regional and community planning objectives" or "other prescribed conditions" decided by cabinet to plough ahead with farmland removal.

Bennett is unlikely to stop at one radical change to the ALR, which currently applies to Zone 2 of B.C. -- the Interior, the North and the Kootenays.

Just wait for the other shoe to drop in Zone 1, including the South Coast, Okanagan and Vancouver Island, where B.C.'s most productive land that creates 85 per cent of farm receipts is under enormous pressure from developers and industry.

Bennett is the minister responsible for a "core review" of government and is clearly driving his anti-ALR agenda, first made clear eight years ago.

There has always been a defined process for removing farmland from the ALR, which protects five per cent of B.C. Thousands of hectares have been exempted since it was introduced in 1974, mostly from areas with the most productive soil.

Before the ALR's creation, B.C. lost about 6,000 hectares of farmland each year. But it's not like the ALR stopped the loss of all farmland, particularly in southern B.C.

But Bennett doesn't care, preferring to claim that the ALR is some bureaucratic nightmare that preserves useless land simply to penalize its impoverished owners. "There is some land within the Agricultural Land Reserve that actually is useless to agriculture," Bennett said.

"That land could be located in a region where there's six months of winter. In some cases the land is covered by forest. I've seen land within the reserve that's mountainous. It's steep. It's rocky. It's swampy. It has really poor-quality soil and no feasible access to water."

Oh the horror! Poverty-stricken farmers forced to plant crops on rocks and swampland because of evil rules written in Victoria to keep them in serfdom!

What horse manure from Bennett, who last year described the opposition as "turds" on Twitter!

If Bennett isn't bad enough, last year Agriculture Minister Pat Pimm was admonished by the Agricultural Land Commission for attempting to "politically influence" an attempt to removed protected farmland from the ALR to build a rodeo and recreational vehicle campsite.

And despite the commission rejecting the application, Arizona developer Terry McLeod built a race track, parking lot and seating for 3,000 people anyway, apparently completely confident the BC Liberal government would do nothing to stop him. Obviously, he was correct.

Bennett and Pimm's legislation could soon pass, so support the protection of B.C. farmland by letting your MLA know and signing a petition online here.