I shouldn't have been surprised when the credit card machine at the liquor store asked if I wanted to buy some lottery tickets with my cheap white wine. 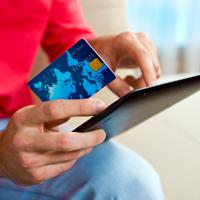 Luring shoppers into an impulse buy at the government liquor store is just one small part of the strategy to create more, bigger losers. The same week, an ad in the Times Colonist announced the only casino in the capital region had applied for a new liquor licence. The Great Canadian Gaming casino has been allowed to serve alcohol to a maximum 132 people. Now it wants to serve drinks to up to 1,577 people, so gamblers can knock back a few cocktails as they pump money into the casino's 565 VLTs.

And it's good for View Royal, the tiny municipality that is home to the casino. Host municipalities get a cut of gamblers' losses. View Royal's share fell $169,000 last year to $4 million. Town council, which opposed past attempts to expand drinking and gambling, is backing the application this time.

But it's bad for the people who will lose more than they can afford, or who find themselves struggling with a gambling problem they can't control.

It seems obviously perverse to have a government setting out to recruit new gamblers every year, especially when it knows that more gamblers mean more addiction and suffering.

Just as it's perverse to have a government strategy to increase the average amount people lose, year after year.

The Liberals, in opposition, were fiercely opposed to gambling. The party's 2001 'New Era' platform promised to "stop the expansion of gambling that has increased gambling addiction and put new strains on families." (That was one of the trifecta of broken promises from that campaign, along with the pledges not to sell BC Rail or rip up union contracts.)

Gordon Campbell, before he was elected premier, said his government would halt gambling expansion, and might even roll back gambling in the province. "I want to build an economy based on winners, not losers, and gambling is always based on losers," he said. "The only way government makes money on gambling is because you lose it."

But once the Liberals were elected, they began a systematic effort to recruit more gamblers and lift even more money from each one of them.

They have been wildly successful.

A decade later, as the government pushed online betting and VLTs in bingo halls and at racetracks, that number had climbed to 69 per cent of adults -- more than two million people.

B.C. Lottery Corp., the Crown corporation for gambling, sets targets for recruiting new gamblers each year in its service plan, which is approved by cabinet. This year, after losing ground, the government plan calls for recruiting about 150,000 more British Columbians to monthly gambling.

Even more impressive, or sad, was the government's success in inducing British Columbians to lose more money.

In 2002, the gambling losses were the equivalent of $206 for every adult in the province.

By last year, the government had managed to increase that to $708 per adult.

That's extraordinary, but it still dramatically understates the government's success in creating losers.

Remember, not all adults are regular gamblers, despite the government's best efforts. If you take the people who gambled once a month as the base, the average loss came to $1,250 last year -- more than $100 per month per person.

In 2002, you could reasonably claim that gambling a few dollars a week on lottery tickets was harmless.

It's hard to make the same argument when the weekly losses, on average, are $25 or more.

Even those averages hide the grim reality.

Remember Owning Mahoney? It's one of Phillip Seymour Hoffman's best roles, a true story of a Toronto assistant bank manager who embezzled $10 million to fuel his gambling addiction. The Atlantic City casinos did everything to keep him gambling. Whales, the industry calls them; the gamblers who bet big and lose big. They are the best customers.

And they are the people who make a lot of money for BC Lotteries. The Globe and Mail did an excellent series on gambling in 2009 and filed FOI requests for information on BC Lotteries "Gold Players Card," a loyalty program designed to increase the amount of money people lose.

The cards give the Crown corporation valuable information about gamblers' weaknesses, the things that keep them at the VLTs or gambling tables. They know how much card holders lose, and how. (The program has been rebranded as Encore Awards.)

Most people lose a few hundred dollars a year without doing real damage to their lives.

But for four or five per cent of gamblers, the losses become a problem. For a smaller number, the problem is all-consuming and can lead to tragedy -- lost jobs, broken families, crime, suicide.

The effort to entice new gamblers resulted in some 25,000 people -- families -- finding their lives damaged because they fell for the government's gambling strategy.

It's been a concerted effort. When the Liberals were elected, there were 2,400 VLTs in 10 casinos. Today, there are more than 12,000 VLTs in 36 casinos and mini-casinos across the province. The controls that used to protect gamblers -- limited alcohol service, no ATMs in casinos, restricted hours of operation -- have all been stripped away.

It's the same with online gambling. When the Liberals introduced online lottery ticket sales and sports betting in 2004, the government said it recognized the risks and limited people to losing $70 a week. In 2008, when it introduced "interactive games" -- VLTs right on your laptop -- the limit was raised to $120 a week.

But people weren't losing enough. So in 2009, cabinet raised the weekly loss limit to $9,999. It was OK, the government decided, if people sitting at their home computers lost $500,000 a year to the B.C. Lottery Corp. (Why the strange number? Perhaps because suspicious transactions of $10,000 must be reported to FINTRAC, the federal agency combating money laundering and terrorist financing. The B.C. Lottery Corp. has been fined almost $700,000 for more than 1,000 violations of reporting requirements.)

Research has found online gamblers take more risks, play longer, bet more aggressively and are better able to hide losses from family members. It's easy to bet and lose more money when no cash changes hands and you're sitting in your bedroom, drawn into the cleverly designed games. All of which the government knows.

Even the little stuff, like using the liquor store credit-card machines to prompt people to buy lottery tickets, can pay off. When the lottery corporation ran a pilot program, it found 75 per cent of the people who clicked yes and bet on the lottery numbers had no plans to buy tickets. They were seduced, successfully. No wonder B.C. Lotteries plans to roll the program out to thousands of outlets.

None of this should be taken as a criticism of the Crown corporation's employees. They are doing their jobs, meeting the targets set by the government and the board of directors.

But shouldn't we have a few more questions for a government gambling business that is determined to take more money from more people each year?

The government expects to take in $1.2 billion from gambling losers this year. Natural gas royalties, the money companies pay for extracting the non-renewable resource, will be just $441 million. Companies making billions will pay almost nothing for the publicly owned, non-renewable resource. That hardly seems a fair allocation of the costs of providing services to citizens.

No government is going to give up the gambling drug. But a responsible government wouldn't be working so hard to recruit more new gamblers and lure more and more of us into losing more and more money.

I don't judge people who spend money on VLTs or lottery tickets. It's a mug's game, obviously. If you spend $100 a month on scratchies, as the Australians call them, and lottery tickets and casinos, you will lose $915 in a year. That's just the way the game is rigged.

I've bought lottery tickets and scratch-and-lose pieces of cardboard. It's dumb but harmless, in moderation. Generally, I see it as an early warning sign that something is wrong. When a lottery win, ridiculously improbable, seems like a reasonable escape plan, I know I need to think about what's going on with my life.

Governments aren't likely to give up their take from gambling. But it seems sinister to keep planning, year after year, to lure more British Columbians into larger and larger gambling losses.