"Why, this is very midsummer madness." -- William Shakespeare, Twelfth Night 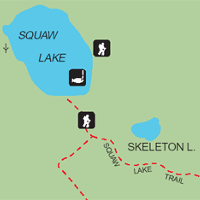 No Place for the Word 'Squaw'

Has everyone in power gone crazy?

That's the only logical explanation for a government gone mad, ignoring both common sense and the people who elected them.

First the B.C. Liberal government thumbs its nose at the public and imposes a new Harmonized Sales Tax despite an unprecedented 705,643 voters signing the Fight HST petition against it.

And then the federal Conservative government spends over $1 billion to protect the G20 summit -- and can't stop a handful of black clad vandals from taking hammers to businesses in downtown Toronto.

The latest foolishness -- considering renaming Vancouver's world famous Stanley Park as "Xwayxway" -- the name of an ancient aboriginal village once located there.

The Squamish First Nation is behind the idea and Tourism Vancouver likes it.

B.C. Tourism Minister Kevin Krueger says it would be "a pretty cool thing to do."

Vancouver City Councillor Ellen Woodworth calls it an "excellent suggestion" even though she admits to never having heard of "Xwayxway" till last week.

The Vancouver park board and city council will discuss it, but the decision is up to the federal government.

Here's my input -- no bloody way-way!

It's been Stanley Park since it was named after Canadian governor general Lord Frederick Stanley in 1888.

There's no need for a knee-jerk, bleeding heart liberal gesture that won't improve the lives of First Nations members one bit.

This is political correctness gone mad -- shall we rename Vancouver too?

After all, it was named after British Captain George Vancouver, who first visited here in HMS Discovery in 1792 -- despite the area's obvious aboriginal origins.

The current completion rates are appallingly low -- just 49 per cent in 2009 versus 79 per cent for all students -- despite continual provincial government lip service to improving them.

Why aren't B.C. aboriginal students graduating? The answer is simple according to Grand Chief Stewart Phillip, president of the Union of B.C. Indian Chiefs -- poverty.

"The vast majority of our people live far below the poverty line. Those conditions aren't improving, they are getting worse," Phillip said late last year.

So let's do something truly significant, as opposed to paying lip service by a name change that won't change reality for First Nations students or people but will make lots of people angry.

But the "culturally sensitive" are having a field day feeling guilty for bygone colonialism that none of us were remotely involved in.

Don't get me wrong, I support fair settlement of aboriginal land claims, compensating those who experienced the horrors of residential schools and celebrating native culture.

First Nations have yet to take their full rightful place in society, but symbolic feel-good gestures are nothing but a meaningless substitute for real action.

And after all, let's remember that Canada -- the name of our great country -- is based on the Huron-Iroquois word for village -- Kanata.