As tales of 2010 glory dominate the media in balmy Vancouver, a very different Olympic-related story is unfolding on the other side of the Atlantic. The fragile recovery of the global banking system is now threatened by a potential default by debt-laden Greece that could cascade throughout the EU, and the world. 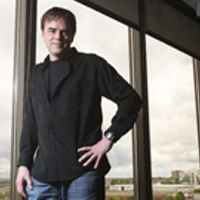 Greece's crushing debt problems can be traced back to the 2004 games, which cost the smallest nation to ever host the Olympics a whopping $15 billion -- double what was originally predicted.

In 2002, the Greek deficit was a manageable 1.4 per cent of GDP. But as pre-Olympic spending kicked in one year later it had more than doubled to 3.2 per cent -- well above the limit for Eurozone members.

Even as Greece was seemingly bankrupting itself hosting the games, the International Olympic Committee (IOC) President Jacques Rogge admonished the nation for "overly ambitious and lavish spending."

A Greek newspaper at the time characterized Rogges's comments as "throwing acid" at the nation, and pointed out "much of what is now presented as decisions by Athens was, to a large degree, dictated [by the IOC]." They also warned "the Olympic legacy could prove even more painful if we are to believe the projections of experts" and costs would "confirm the most ominous forecasts."

Six years later, the Greek deficit has ballooned to 12.7 per cent, more than four times the legal limit set by the EU with no end in sight. Nervous creditors are threatening to jack up already lofty lending rates, making a dangerous situation worse.

Most Germans now favour dumping Greece from the EU rather than a bailing out the nation if it fails to secure refinancing on global equity markets. That would be bad news for British banks, already battered by the sub-prime crisis, that currently hold 20 per cent of Greek bonds. Other debtor nations in the EU such as Portugal and Spain are watching (and being watched) anxiously.

The risk of 'contagion'

In economic circles, this type of unstable situation is called a "contagion" -- similar to what happened in 2008 when bad real estate loans in the US spilled around the world and almost lead to a collapse of the global financial system.

"The real worry is the banking system," said Charles Wyplosz, Director of the International Centre for Money and Banking Studies in Geneva.

"Some European banks hold part of the Greek debt and, if still saddled with unrecognized losses from the sub-prime crisis, some might become bankrupt," warns Wyplosz.

"Contagious debt defaults, along with bank failures, could lead to a double-dip recession in Europe, possibly affecting the U.S. as well. If that were to happen, with the interest rate at the zero lower bound and fiscal policy not available any more, we could face a terribly bad situation."

This chilling scenario illustrates the vulnerability of our interconnected banking system, where a relatively small financial crisis in one country can cascade throughout the world.

Keeping up with the neighbours

In that light, perhaps the Olympics themselves have become a financial contagion -- a dangerous globetrotting debt machine that threatens world security. Hyperbole? Consider the ballooning costs of hosting the Olympics and risks posed each time a massive local debt in incurred, which for a variety of reasons might not be re-paid to the world's bankers.

Beyond the normal crapshoot of global credit markets is the perceived imperative that host cities must provide an unprecedented extravaganza, whether they can afford to or not.

Keeping up with the Joneses has lead many a household to bankruptcy and the same vanity applies when countries aim to outdo each other every Olympic cycle. The massive spending spree by Beijing demonstrates how normally thrifty governments spare no expense when strutting their stuff to the world.

The 2008 games are estimated to have cost $43 billion -- three times more than any other Olympics. Two years later, many of the iconic venues such as the Birds Nest Stadium now sit empty and unused. Only two events were held there in 2009 and the current owners plan to turn the 80,000-seat arena into a shopping center.

While the tab for the Vancouver games will not be fully known until long after the world departs, the city has already seen it's credit rating downgraded when it was forced to step in and bankroll the $1.2 billion Olympic Village, now $250 million over budget.

Other cost overruns such as security and delivering snow by helicopter to Cypress Mountain will add to the hangover. Creditors threatening to foreclose on the Whistler Blackcomb Olympic ski venue in the middle of the games further demonstrates how far the world has shifted since the hey day of bottomless budgets.

The next city to pony up the Olympic tab will be London, where projected costs have already ballooned four times above original estimates to more than $15 billion. Some observers worry they may eventually top $20 billion. Olympic planners are already drastically scaling back facilities due to collapsing support from private partners and the ongoing credit crisis.

Each time such rushed and irrational Olympic infrastructure is built, there is a danger that someone somewhere won't be able to pay their bill when the party is over. In the case of Greece, their Olympic-related debt crisis now threatens to spill into the beleaguered British banking system and perhaps the world. It does not help that the IOC exists in ethereal state of enormous power and virtually zero accountability. The opaque body based in Geneva has a budget in excess of $4 billion yet was recently ranked as the least accountable organization in the world, behind Halliburton, NATO and the International Atomic Energy Agency.

This lack of transparency coupled with enormous sums of money associated with games created conditions where corruption was almost a certainty. Ten members of the IOC were forced to step down in the wake of the 1998 games due to allegations of bribery.

A 2005 investigation of the Nagano games found that city had spent more than $4.4 million to entertain IOC members during the bidding process, or an average of about $46,500 per member. More might be known but the records were burned.

Olympic organizers and sponsors have become supremely adept at self-promotion and there is no doubt they have a great deal to work with. The inspiring and heroic efforts of the athletes are an almost irresistible spectacle that rightly draws adoring audiences from around the world.

But beyond the virtue of sport, perhaps we should ask whether the games as a self-perpetuating franchise have become so commodified, commercialized and occasionally corrupt that they are actually dangerous. Besides being merely exceedingly expensive, maybe the "Olympic Movement" has become a credible threat to global economic security.

As Athenian doves fly home to roost, we will soon see whether their wing beats will result in a hurricane.